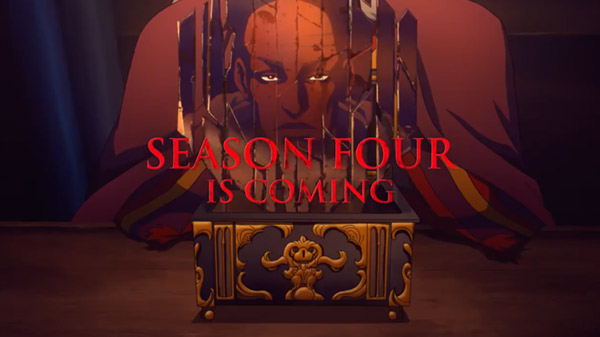 Netflix has revealed that is has renewed Castlevania for a fourth season, which is fantastic news.

Season 3 released back on March 5th with 10 episodes and while it had its ups and downs as it tried its hand telling an original story that isn’t based on the source material, it left off at an interesting place leaving fans like myself wondering what’s next.

No date was announced but the sooner the better!