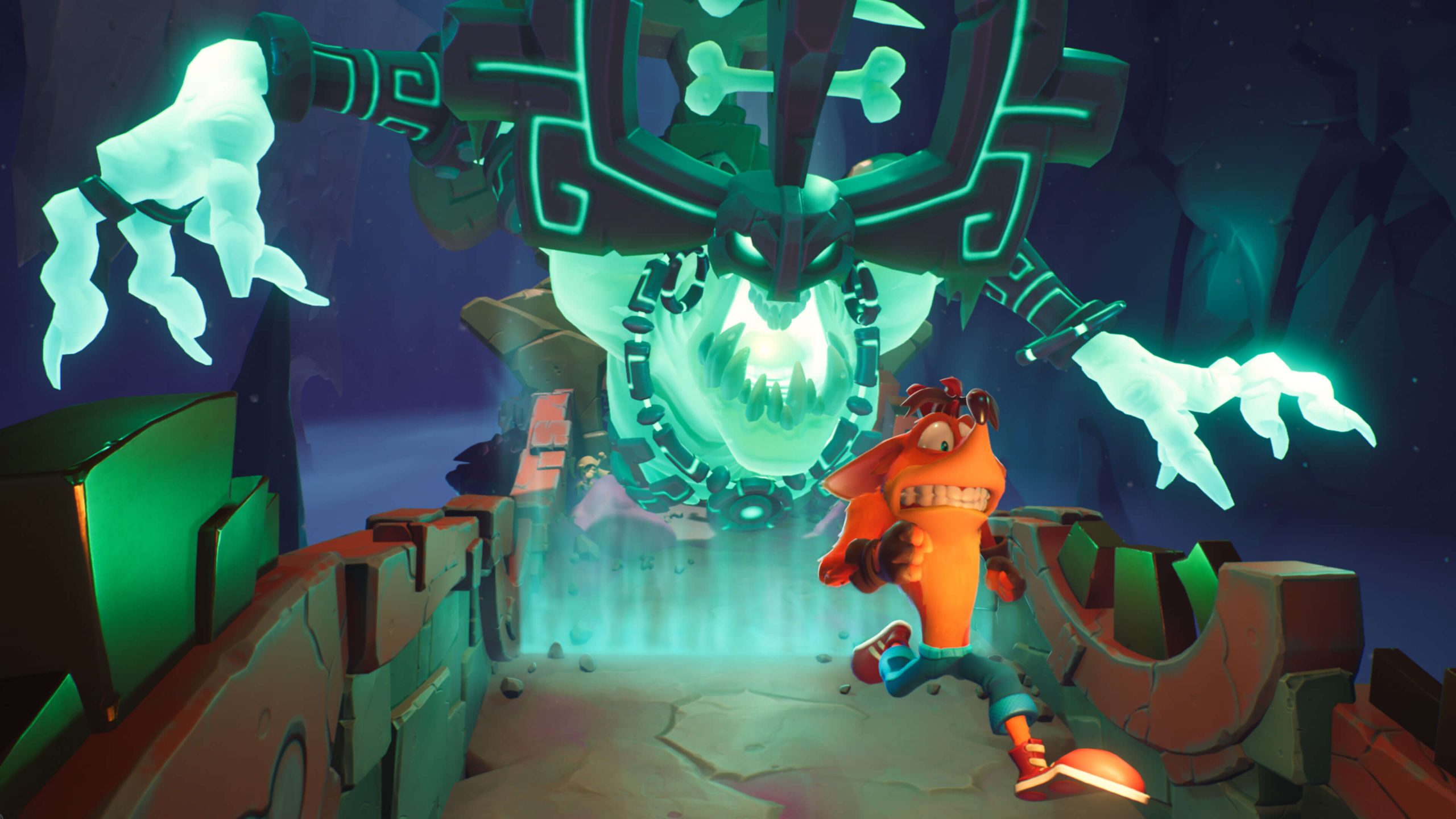 Shocking fans earlier this year, Toys for Bob announced that they are working on a brand new mainline title in the iconic Crash Bandicoot franchise Crash Bandicoot 4: It’s About Time.

Although Crash, well. . . crashed Gamescom 2020 to find that the event is all digital the producer of Crash 4 Lou Studdert joined Geoff Keighley to talk more about the upcoming title. Lou first announces Flashback Tapes which unlock new flashback levels within the game that are apparently extremely hard.

Players will find themselves time travelling back to the 90’s when Professor Cortex is originally experimenting on poor Crash and Coco while completely incredibly hard stages. To reach these stages players must reach the location of each tape within levels without dying similar to that of the original death routes present in previous games.

Very little gameplay was shown but the idea of travelling back in time and completing challenging stages is exciting.

Crash Bandicoot 4: It’s About Time will launch on PS4 and Xbox One on October 2nd.