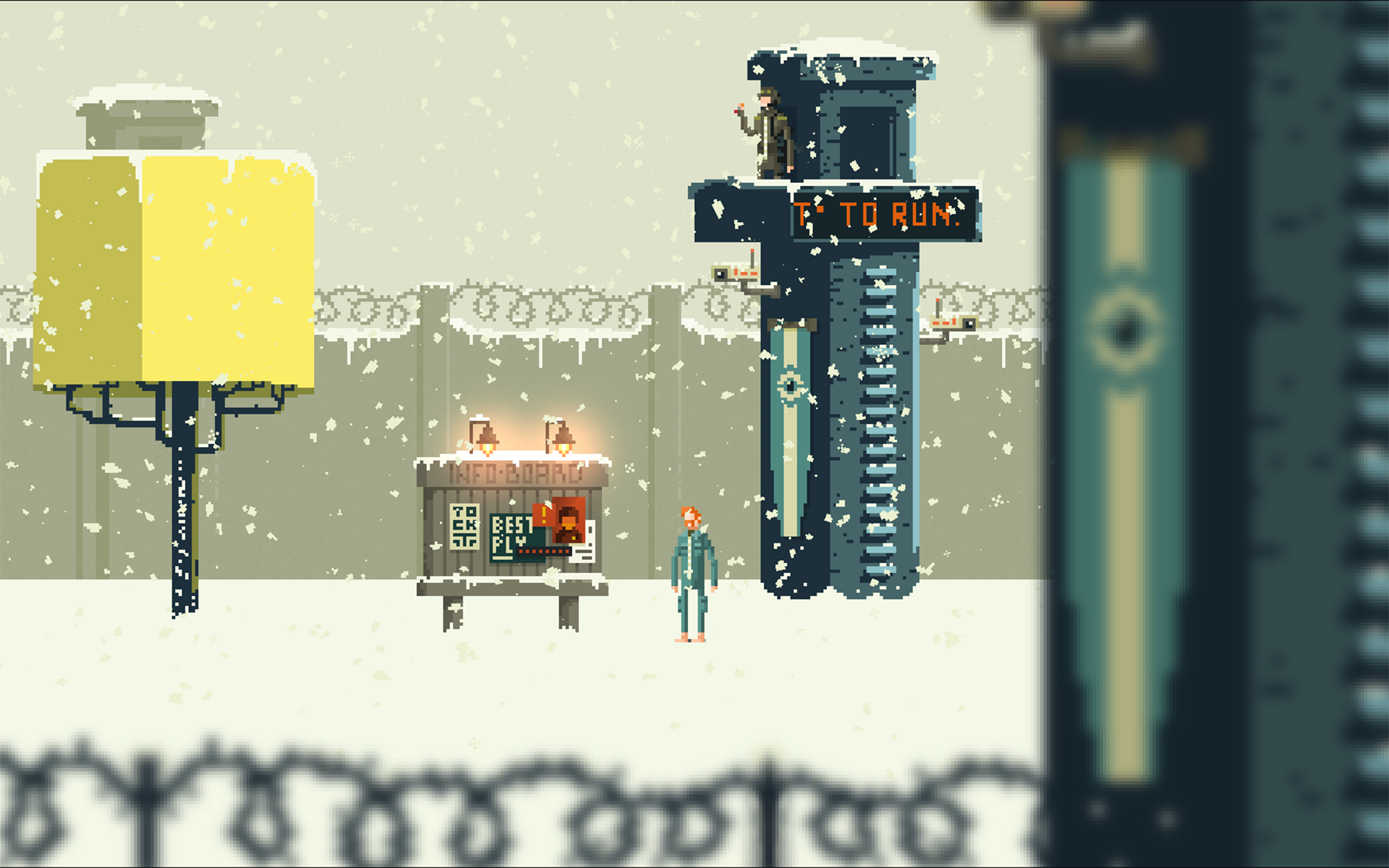 I’ve played a few bizarre games in my time, but none quite as bizarre as Ministry of Broadcast on the Nintendo Switch. Because it’s based on the works of George Orwell, you would safely expect dystopian themes, which this game does have, but not in ways you would anticipate. 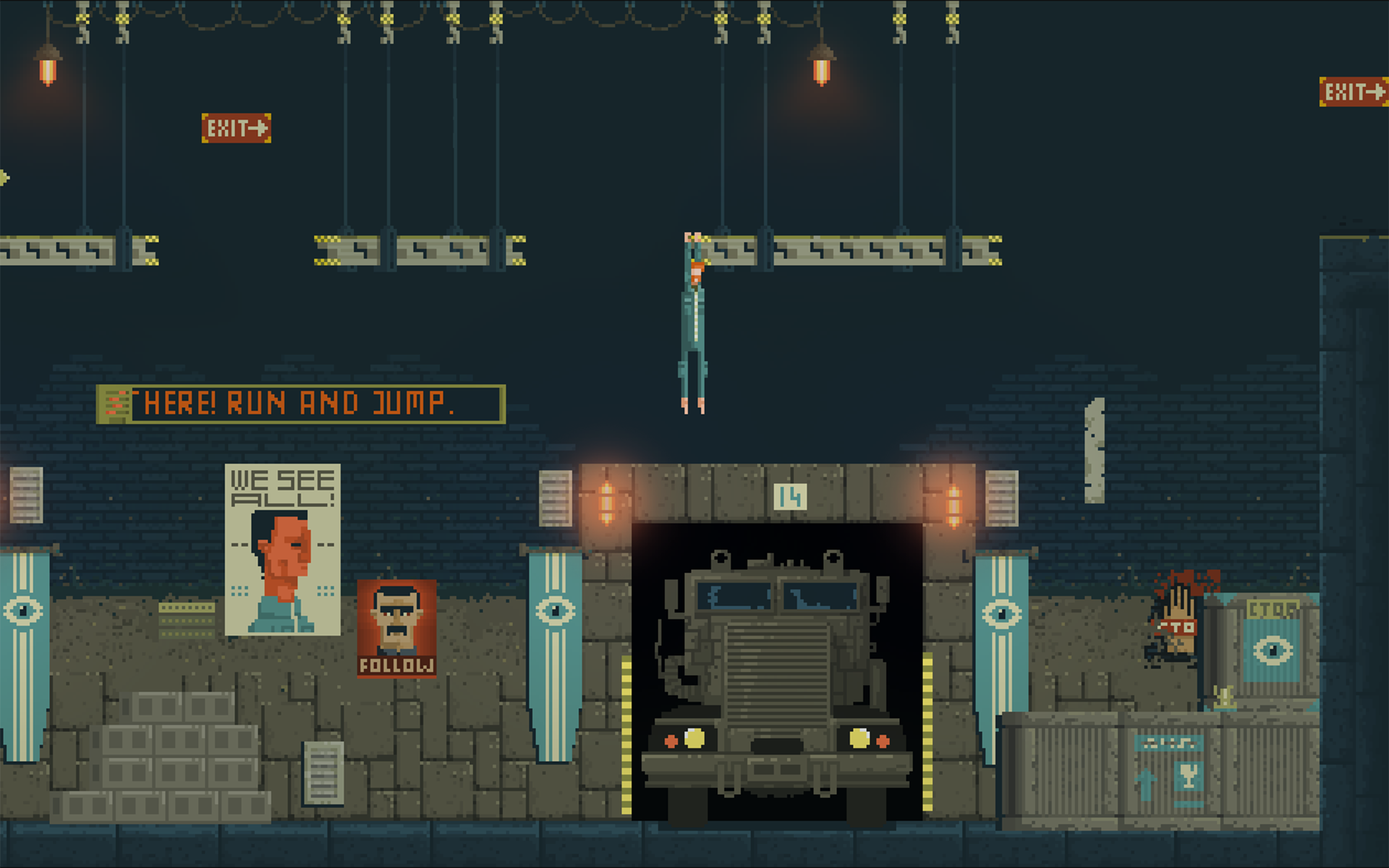 The story is set in a totalitarian country divided by a Wall, and you play as a red-haired protagonist simply named Orange, who is trying to get to his family on the other side. In order to achieve this goal, he has to participate in a TV game show called the “Wall Show,” filled with other participants who either assist him or get in his way. Sounds pretty straightforward, right? Well, the story is quite surreal, having you question whether or not the events are actually taking place in reality. The characters talk in a robotic fashion, and there is a crow that talks to you throughout the game. It also gets quite absurd when you’re using real people as platforms to walk over spikes and plug up drain holes, and it gets even MORE absurd when they turn out to be just fine later on. The silly quirks the story has to offer sometimes get in the way of the dark themes, but I’d be lying if I said I didn’t get a good chuckle here and there.

Ministry of Broadcast takes inspiration from the puzzle-platforming of Prince of Persia. If you’re expecting a platformer similar to Mario, you’re going to be in for a rough time. The platforming here is slow and precise, and holding the sprint button all the time won’t do you any favors. You’ll be pushing boxes, grabbing onto ledges, trying not to slip on ice, and avoiding armed guards and watch dogs. Tricking these guards and dogs is a necessary task in order to solve the game’s many puzzles, as they will attack protesters that wander around the stages, leaving them distracted for you to make a clean getaway. 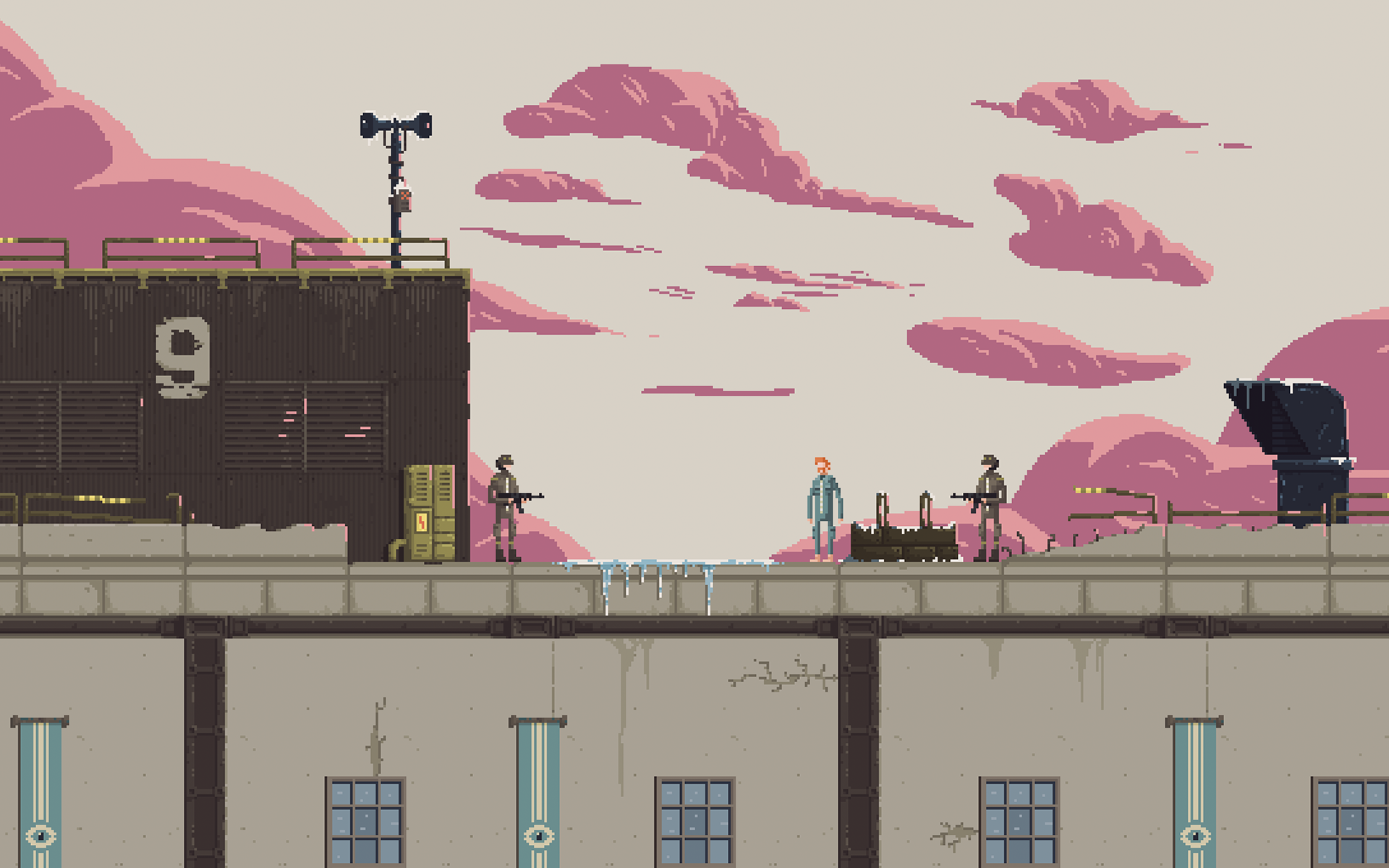 Because our protagonist is no Nathan Drake, platforming is a cautious task that will take patience to get right. Even then, no matter how much patience you have, you WILL die. A lot. Fortunately the game is generous with checkpoints, though I’ve had many frustrating moments where a button doesn’t respond, or I run too fast causing me to fall of a cliff or miss a ledge grab. I’ve had more instances where a death felt like my fault more than the game’s, but there were still a couple of times I felt I pressed a button that did nothing. 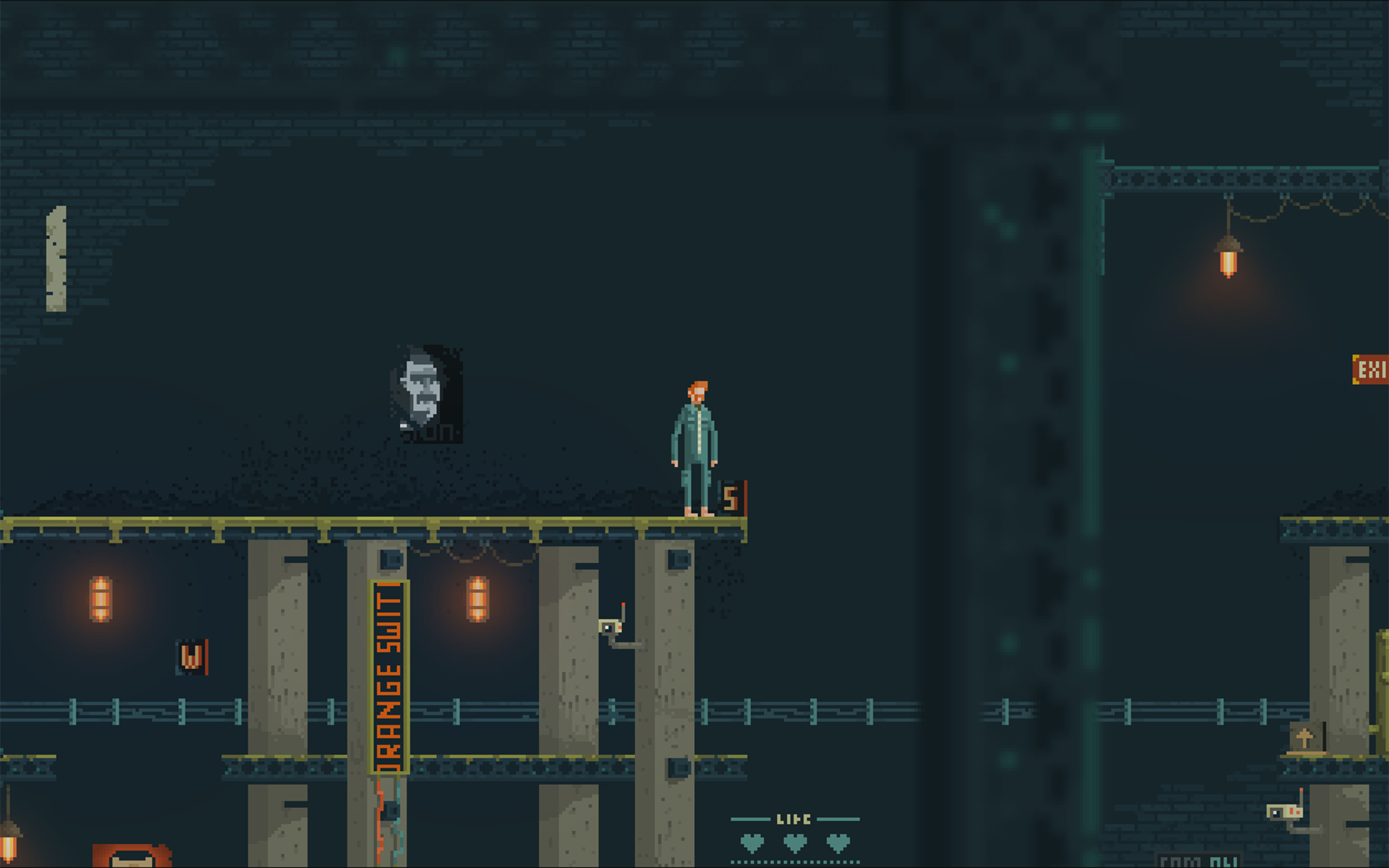 For what it’s worth, Ministry of Broadcast offers a unique puzzle-platforming experience that will give you over seven hours of enjoyment and sometimes frustration. Part of the joy comes from learning from that frustration in order to get past challenging puzzles. My only complaint is that the story’s dystopian themes feel conflicted with the surreal humor, but overall, it’s a solid retro experience worth playing.