Back in April, Konami revealed it would be releasing a new mobile game centered around its popular Castlevania series known as Castlevania: Grimoire of Souls. Now we get our first look at the game via a trailer released for Tokyo Game Show 2019 which shows the game in action along with a few familiar characters.

Iconic characters from the classic Castlevania series return! A new entry in the beloved franchise arrives exclusively on mobile.

Take on the demonic horde as your favorite characters from the Castlevania series! Master each character’s unique combat style to overcome even the fiercest of foes.

Introducing a new multiplayer mode! Fight alongside your friends to defeat as many enemies as possible within the time limit!

Many years have passed since the defeat of Count Dracula, and humanity has entered an age of peaceful prosperity.

Until one day, Genya Arikado receives a mysterious letter.

“The Grimoires have awoken, and the world is being consumed by darkness. I implore you, please come to our aid!”

Wary of what may be lying in wait before him, Genya Arikado ventures forth into the moonlit night. 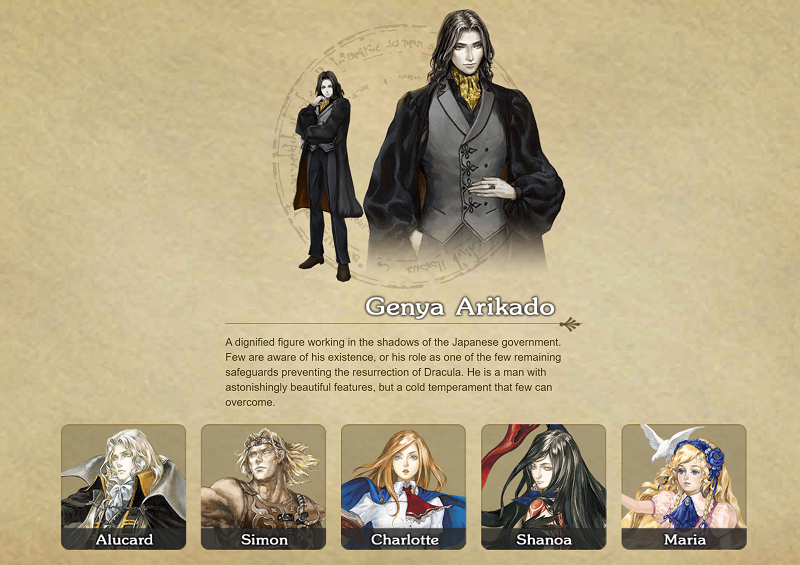 The core narrative is centered around Genya Arikado. Within the narrative, you will be able to play as, and alongside many iconic characters across the Castlevania series.

You can see more details about Castlevania: Grimoire of Souls here.