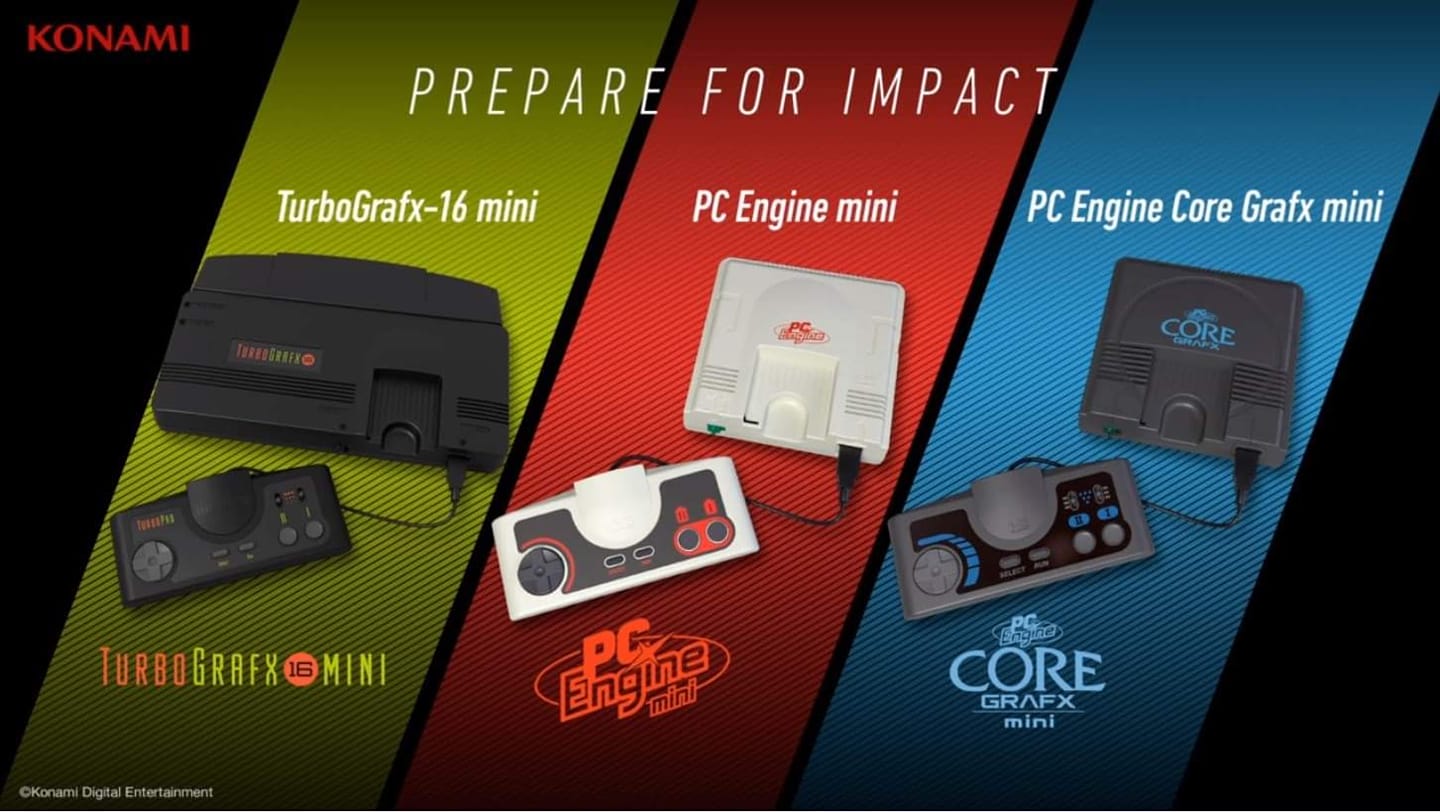 Fans of the Turbografx-16 were in for a nice surprise today as Konami announced that it will be releasing the Turbografx-16 Mini. I mean with the success of Nintendo NES and SNES Classic and the excitement behind the Sega Genesis Mini it makes perfect sense.

The original TG-16 was developed by Hudson Soft and NEC, however, in 2002 Konami purchased Hudson and later took over operations in 2012. This means Konami has full control over the system and the library of games released by Konami and Hudson Soft like Bomberman, Bonk, R-Type, Wonderboy and plenty of other great titles.

It’s currently unknown how many titles the Turbografx-16 Mini will include but so far Konami has announced six titles which include: R-Type, Ys Book I & II, New Adventure Island, Ninja Spirit, Alien Crush and Dungeon Explorer.

It’s not a bad line up at all, would love to see a few other games on there but interestingly enough the Japanese version which  is known as the PC Engine Mini will feature a few different games including Bonk’s Adventure, Dracula X, The Kung Fu/China Warrior, Ys I & II, Super Star Soldier and Dungeon Explorer.

Konami has yet to announce a date or price on the Turbografx-16 Mini.