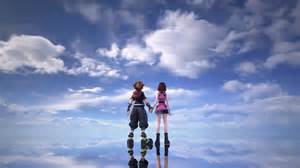 We are just under a week away from the release of the Kingdom Hearts III ReMIND DLC arriving on the PlayStation 4 on January 23rd and January 25th on the Xbox One. A year in the making, the DLC will include a new scenario, additional bosses and the ability to change characters such as Riku, Aqua, Roxas and Kairi to name a few.

While the standard DLC pack will run you $29.99, for $10 more you can get the Kingdom Hearts III ReMIND + Concert Video which includes 19 tracks from the KINGDOM HEARTS Orchestra -World of Tres- concert which was held on November 30, 2019.

I mean who can’t help but enjoy listening to an orchestra perform such amazing music from various Disney series and tracks composed by Yoko Shimomura.

Kingdom Hearts III was released on January 25, 2019 on the PlayStation 4 and Xbox One. Personally I can’t wait to dive right back into the game and enjoy the adventure all over again.