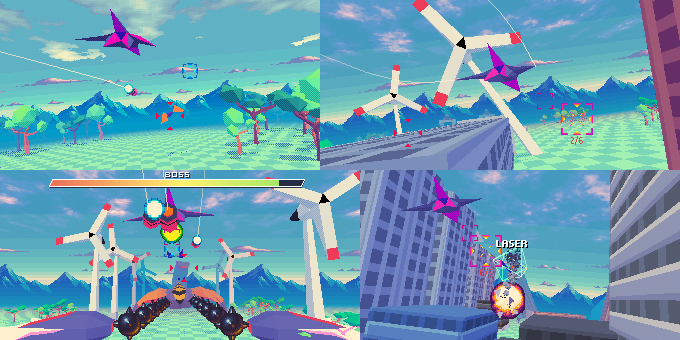 Update: As of Wednesday morning, the Kickstarter has broken through its goal of $25,000.

The Kickstarter for Ex-Zodiac has finally gone live after 2 years of on and off development. Created by Ben Hickling, Ex-Zodiac is a rail shooter with graphics and gameplay reminiscent of games past with a fantastic color pallet and addicting controls.

The Kickstarter offers several tiers and rewards including an early access for the game featuring half of the levels estimated for a September delivery to backers. Other rewards include a digital art book, soundtrack, and the “Intergalactic Sponsorship” tier which includes the ability to create a constellation in the sky or an ad in a passing location, special in game credit, a private Discord server, and all the bells and whistles that are present in all other tiers.

A demo is also available on Steam with just a taste of the action you will see and hear when the game plans for take off in 2021.

If you would like to back this Kickstarter check out the official page to see what you can do to help it come to life.