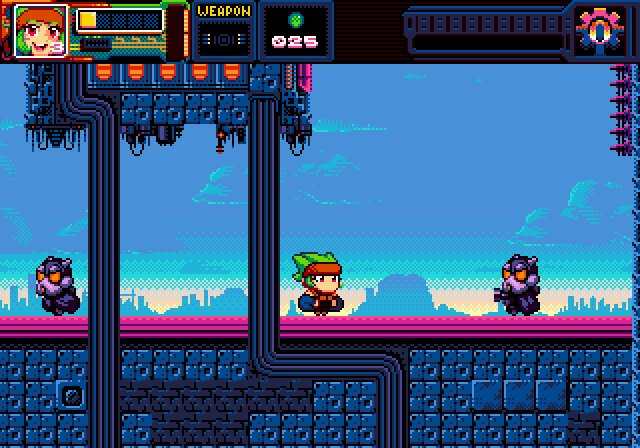 One of the most shocking things I’ve read in the past few months is the sentence “Coming to the Sega Genesis”. Mega Cat Studios and Bits Rule Games have put their full attention to bringing a new platforming experience to one of the most successful, beloved, and influential systems of its time and theres something to respect about that.

The Kickstarter campaign for Phantom Gear(which has already exceeded its goal)includes several tiers and stretch goals including more characters, larger levels, a boss rush, and a few others including some that cannot be revealed at this point.

“We’re blast processing our way to something special here, and I couldn’t be more excited for people to play Phantom Gear “, says Zack Manko, Lead Cat at Mega Cat Studios. “Playing it, is like the first time you put your hands on classics such as Ristar or Dynamite Heady”. 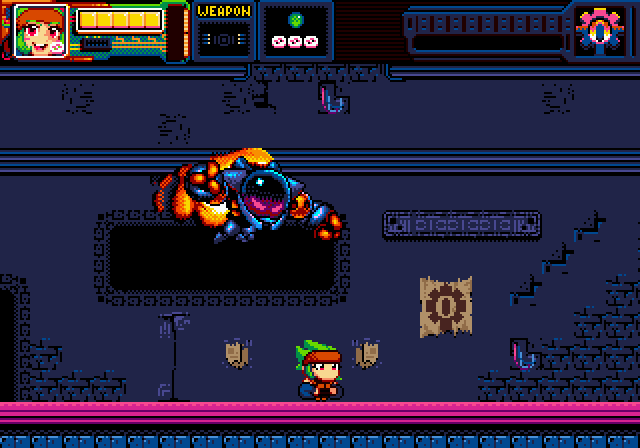 The Kickstarter also has the backstory for the game and at first glance, if done correctly, the story alone can be a fantastic journey to play through.

In an expedition to the ruins of a forgotten civilization, Dr. Valentine and Engineer Agnisdiscover an Ancient Artifact that is the container of great source of energy. Thanks to this discovery, Valentine And Agnis used the Artifact to create new technologies to improve humanity.

But a Phantom from the past started to move again and generate chaos in the World. From this chaos came a faction that wanted to weaponize the Artifact – the Ocular Force.

In one of their attacks on the laboratory of Valentine and Agnis, Ocular Force succeed in stealing a small piece of the Artifact. Unfortunately, in that attack Agnis also lost her life, leaving her daughter Josephine alone in the world.

Valentine decided to adopt the daughter of her friend and complete the work of Agnis – a set of combat armor for Josephine, so she could defend herself, and the future!

Phantom Gear as of writing has 7 days left in its campaign which is more than enough time to pledge $50 to snag a physical cartridge of the game.