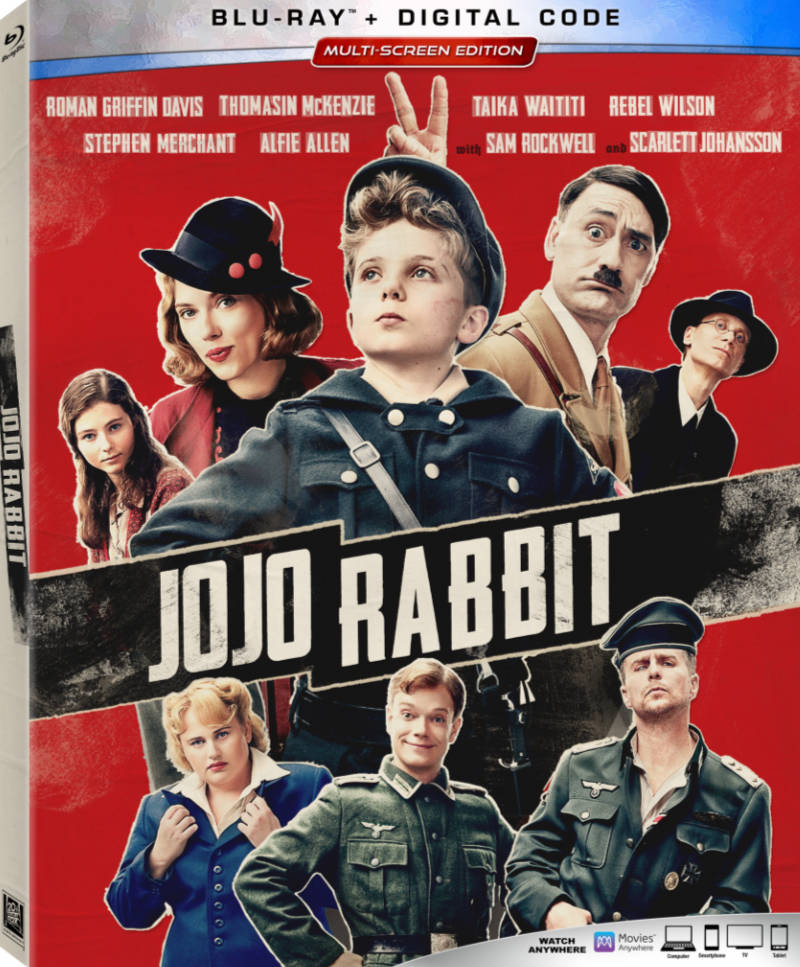 Jojo is a lonely German boy who discovers that his single mother is hiding a Jewish girl in their attic. Aided only by his imaginary friend — Adolf Hitler — Jojo must confront his blind nationalism as World War II continues to rage on.

I give Jojo Rabbit a B.

Jojo Rabbit is a dark comedy that follows a 10 year old boy (Jojo) who idolizes Adolf Hilter.  He (Jojo) idolizes him to the point where he (Adolf) is also his imaginary friend.  Even at 10 years old, Jojo follows the Nazi Germany way of life and belief system. His mother, Rosie (Scarlett Johansson), said that he question his grandfather (I believe) because he didn’t have blue eyes.

I really liked the interactions between Adolf (Taiki Waititi) and Jojo (Roman Griffin Davis).  Taiki Waititi’s performance as Adolf (through the eyes of Jojo) was amazing. I couldn’t help but like the guy even though in real life he was a monster.  Roman (Jojo) had great onscreen chemistry with every actor he had a scene with. He is already a super talented actor and I can’t wait to see him in future roles.