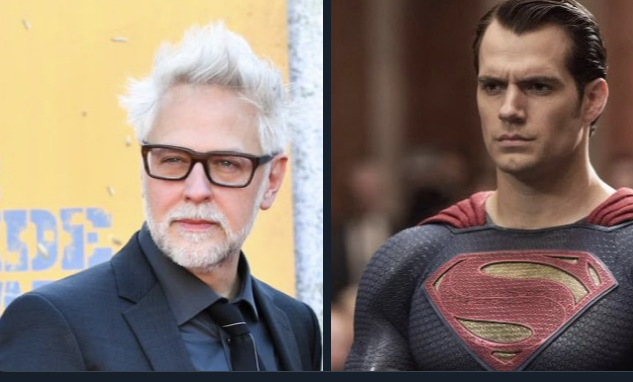 James Gunn and Henry Cavill go on the record….its over!!!

James Gunn announced via Twitter that he is recasting Superman and Henry Cavill says goodbye to Kal-El. 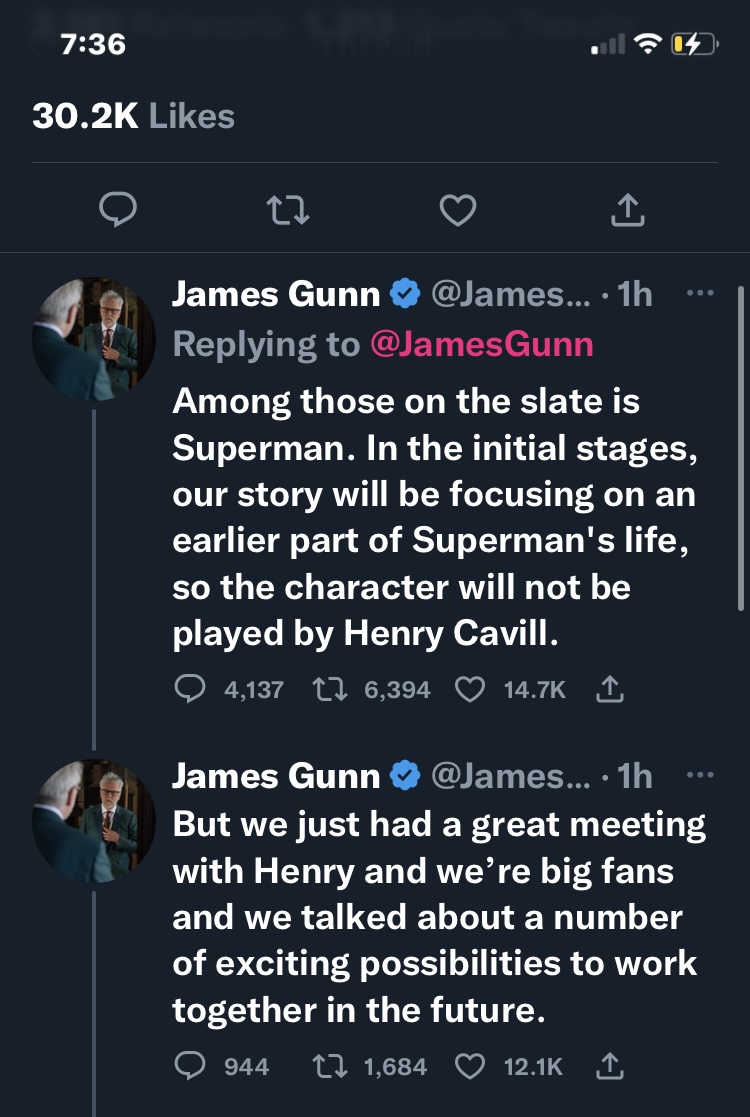 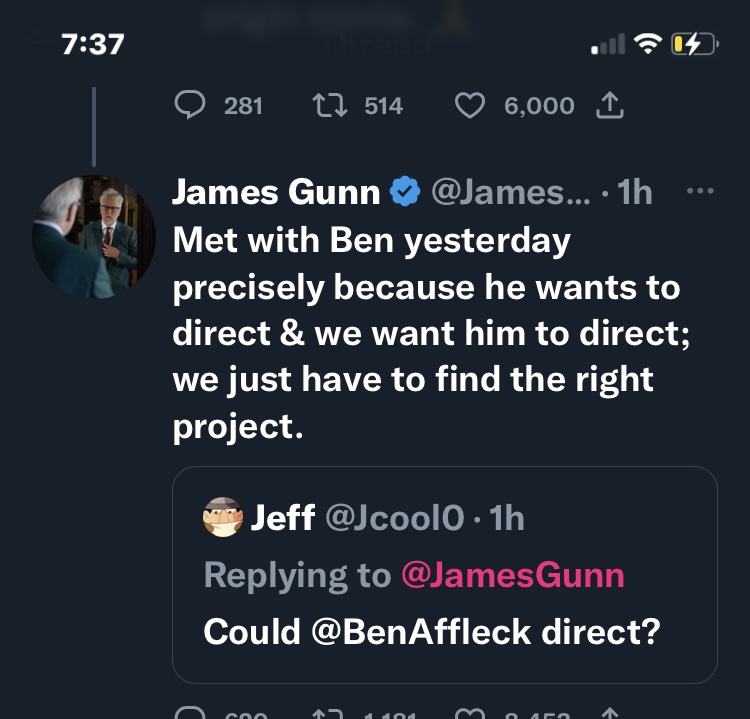 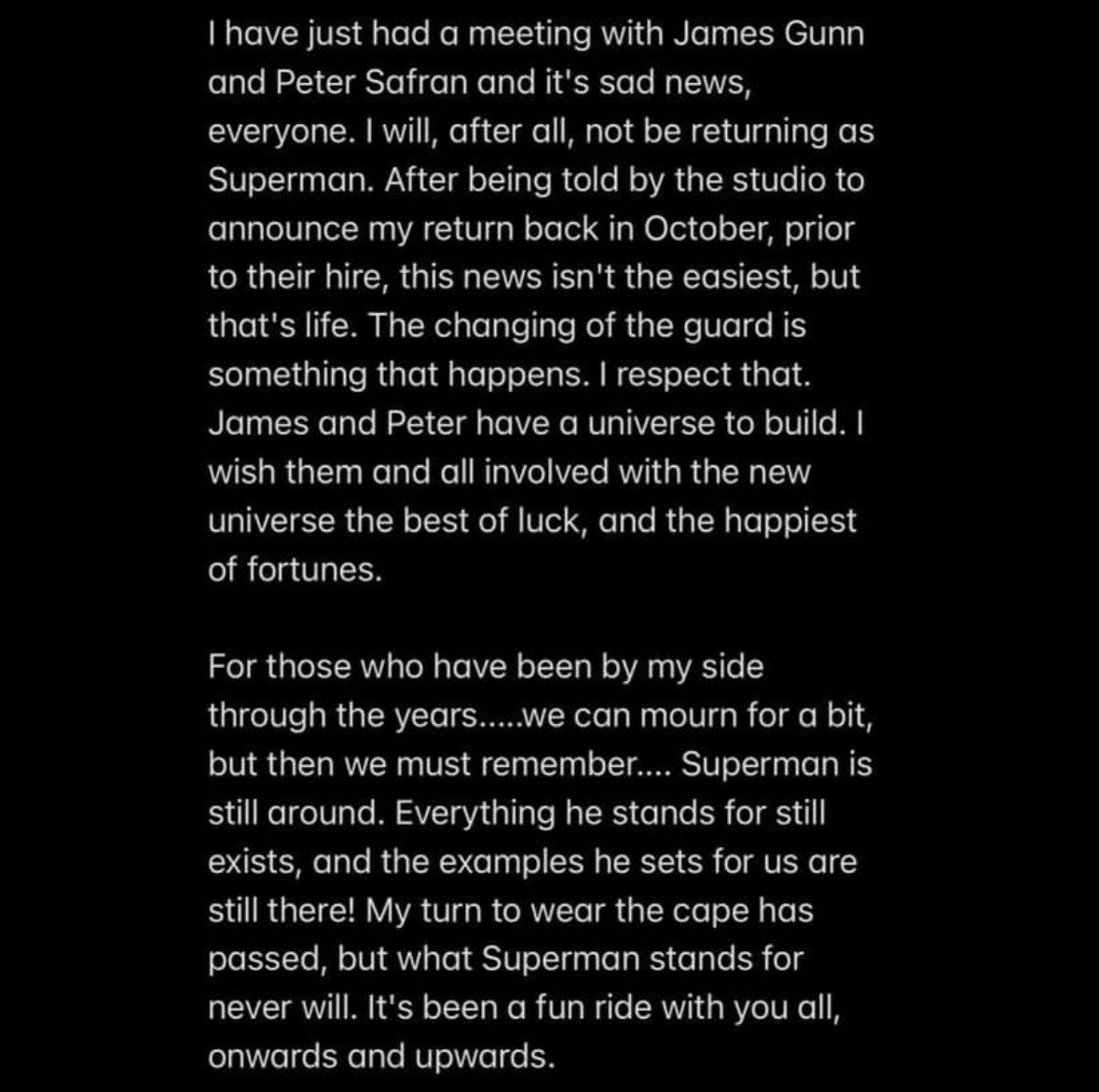