Tommy Wiseau and Greg Sestero have been on a roll lately. Of course, their film The Room was their first claim to fame when it released in 2003, and they have since become cult icons. Greg wrote a book about his experience starring in The Room, which was adapted into a film directed by and starring James Franco in 2017. Not only that, but they recently came out with their 2-volume film Best F(r)iends, and they’re just getting started.

Today in collaboration with Octopie and creator/director Brock LaBorde, they released the first episode of their animated series SpaceWorld, which follows intergalactic bounty hunter TX (played by Tommy Wiseau) in search of his home planet. He has a nemesis named Drogol (played by Greg Sestero) who tries to foil his plans. We got a chance to sit down with Tommy, Greg, and Brock to talk about the experience of creating SpaceWorld.

Nuke the Fridge: How did the idea for SpaceWorld come about?

Tommy Wiseau: We were shooting the trailer for Big Shark in New Orleans, and Brock was there telling us that we need some original material [laughs]. So long story short, that’s what SpaceWorld came out to be! 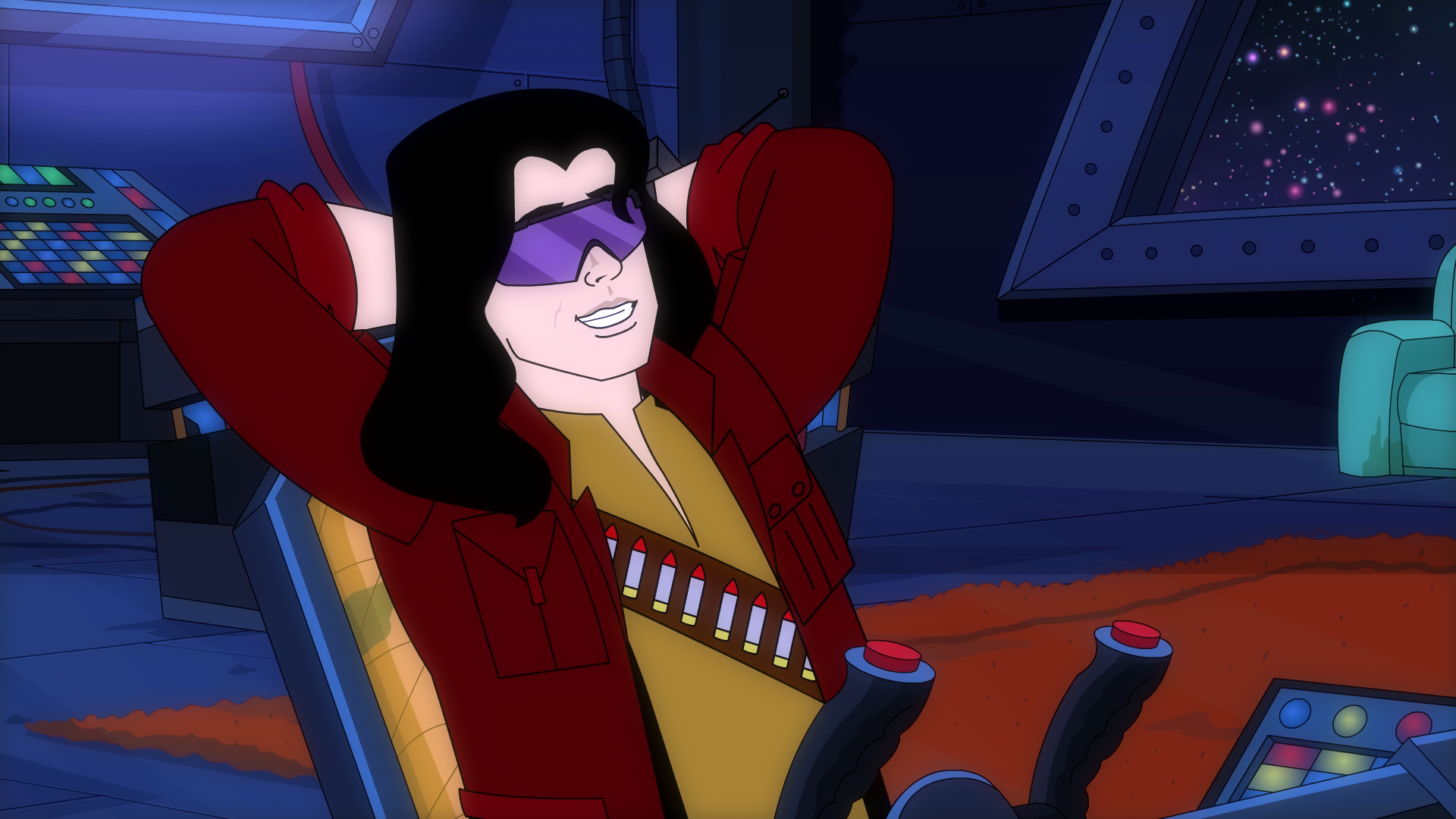 NtF: Who approached who for this collaboration?

Brock LaBorde: Well actually about almost two years ago, Octopie reached out to me because I had made the Tommy Wi-Show with Lon Strickland and Micah Brooke who run Octopie and used to work at Machinima. We all had a really good time on that show. And so they reached out to me saying “Hey, we’ve got an animation studio now and we want to do an animated project with Tommy and since you’ve worked with them twice before and y’all get along maybe y’all should give that a shot. Originally they had a completely different concept for a show: They would sit Tommy down and ask him “How would you direct Titanic and then Star Wars?” And then we would animate what he said. We worked on that for a little bit, but then Tommy was like, “You know what? I would much rather us just do something completely original not based on anyone else’s stuff” and I 100% agreed. So then I pitched Octopie this other cartoon concept and then Tommy was like “Also, Greg is available! He would he would want to work on this!” I pitched it to Octopie. They liked it. I pitched it to Tommy and Greg. They liked it. And here we are with SpaceWorld.”

Greg Sestero: Yeah, Tommy has been talking about animation. He’s like, [Tommy impression] “Yeah, but you know, The Room would be good Disney movie.” I never quite got that [laugh], but I know that Brock was one of the very few people that was able to work with Tommy and get interesting stuff out of him. So when the animation idea came up, I thought it was a great avenue to go in. You know, when you animate Tommy and design him, you alleviate a lot of the challenges than you would get with him performing and so I thought it was a great idea. And you know, Tommy was like “Well Greg, you know, maybe you can be part of it.” And I was like, here we go again! [Laughs] But it was really fun to do. It was a different challenge, and I really enjoyed shooting it.

I watched the pilot before this interview and it seems very reminiscent of older cartoons, like the Jetsons. Can you name any direct inspirations for the animation?

Brock: When I first pitched it to Octopie, I wanted it to look like an old Hanna-Barbera cartoon. I really liked that old one The Herculoids, because that’s just about a weird group of people and aliens that are all on this prehistoric kind of planet. It was like they had really dumb plots, and all the Hanna-Barbera animation was so cheap looking and I really like that kind of dumpiness. Octopie was more like, “How about we do something that’s a little more modern and flick than that?” And I said, “Look, you know SpaceWorld is like a junkie universe. It’s pretty much fallen apart. Everything is rusty or has some kind of schmutz on it.” That kind of also, I think, makes it feel like an old cartoon.

Tommy: You know, I like animation. I like the beginning of animation when Disney started doing big productions a long time ago. I think it’s a different form of art, which is a good and funny way to present something. And as always, you have a certain message. Any cartoon in the world or any kind you see in the picture or online has a certain message and hidden message. 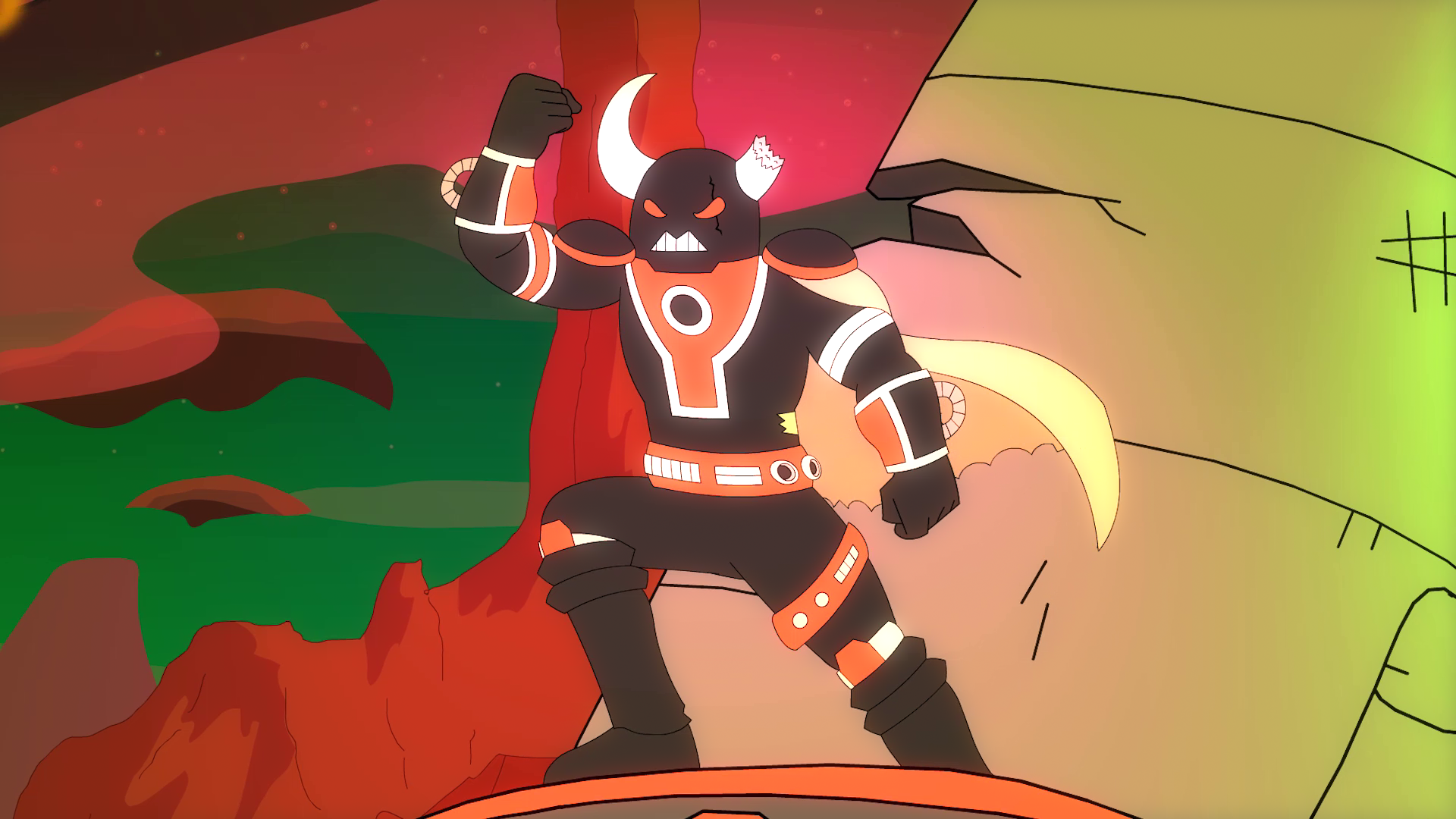 Voice acting is a little bit of a different art form than on-camera/stage acting. Did you guys have to train for such a thing?

Tommy: I’m happy you asked this question. First of all, it’s also preparation. A lot of people don’t realize that. During the recording of my lines, I would say “Hey Brock, I need some drawings!” They didn’t have that many storyboards or drawings, but they did have a cue card of the character drawing so it could help to visualize why I’m doing the voice and what the situation is, so it was very helpful. You know I did voice over before so I had a little experience, but it’s not an easy job. Greg and I held rehearsal together before we started doing it. Like I said, it’s a process of preparation, it’s not like you just get the voice. That’s not it. And then you have a director there giving you a direction, like if they want the pitch higher, lower, whatever his vision is. So it was all about preparation, which I actually enjoyed and was honored to do. At the end of the day you have to prepare, so it’s nothing for free, okay? [Laughs]

Greg: I really got a great warm up when I narrated the audiobook for The Disaster Artist. It was sort of the first full-length thing I’ve ever done and so I realized it is a much different challenge than acting and I really enjoyed it. So when this came about, Tommy and I (for years) have always rehearsed over the phone a bunch of different ways where we know will read each other’s lines and practice. So it was the same kind of approach for the Space World pilot. We just rehearsed over the phone, we tried different things, and to me I enjoy it with more than acting in front of the camera because you get to try different things, you’re not as self-conscious. So it was just a lot of rehearsals and just having fun, and that’s what we try to do. 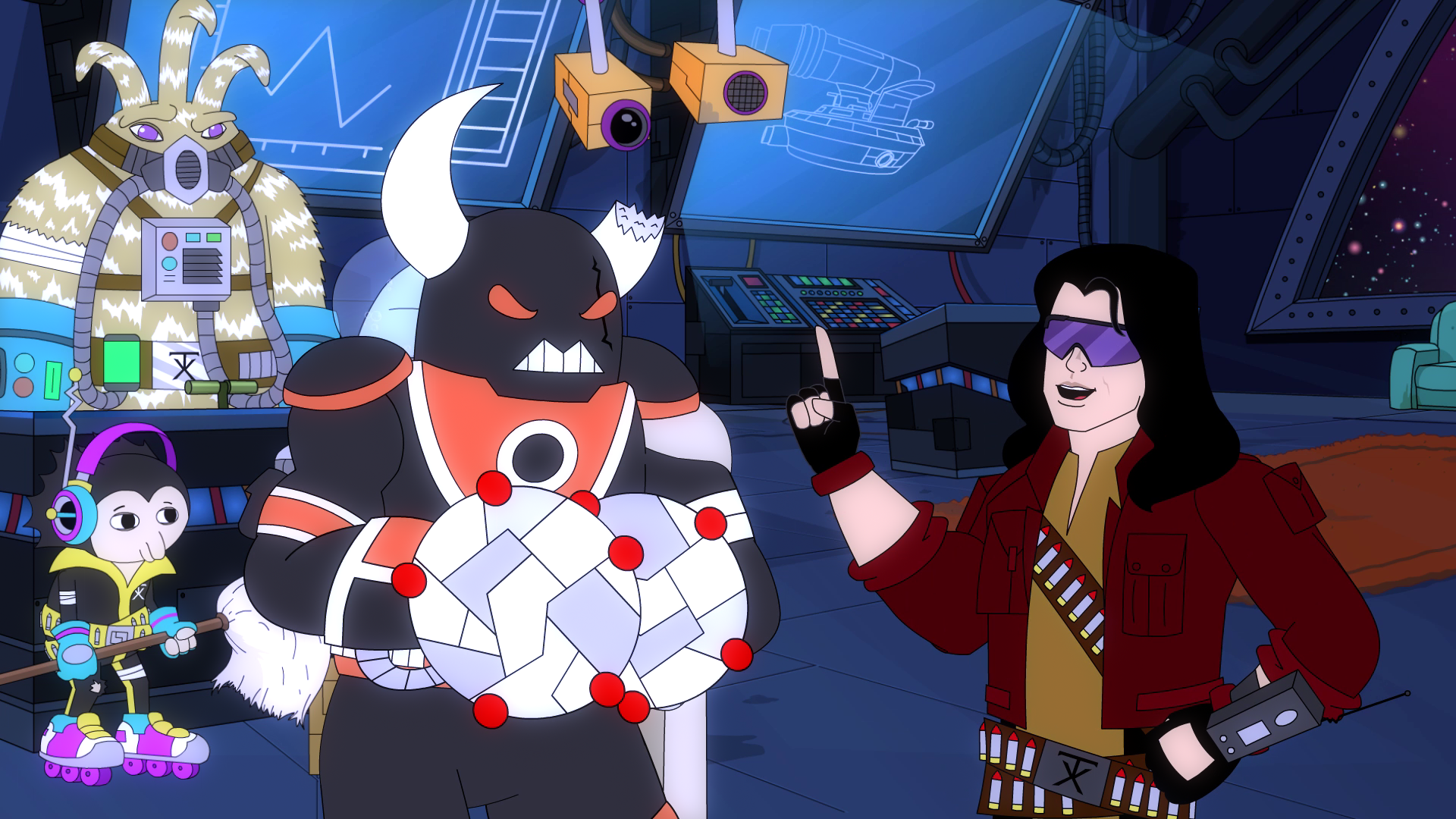 Will there be any fun nods or references in this series to your guys’ previous works, such as The Room or Best F(r)iends?

Tommy: The honest answer is no, because people should realize that we as actors- I don’t know how to speak for other actors- we act accordingly to what job we get. Now that said, I’m not against if Brock wanted to put in something from The Room. I actually probably would not do it to be honest, [laughs]. Because The Room is The Room, cartoon is cartoon, but who knows? Maybe we’ll do an entire animation of The Room! That’s the idea that I have in my head.

Brock: You know, SpaceWorld exists in a completely different universe than Earth. So there’s no chance that TX could ever be watching Tommy Wiseau in The Room on TV. I’m not a big fan of like- I don’t want TX ever saying “You’re tearing me apart” or something, I just feel like that’s a little bit like pandering to the audience a little bit, you know. [Laughs] We can make a lot of funny new lines for people to quote, you know, hopefully.

Tommy: You’re a talented guy Brock, you can create something original! [Laughs]

If you want to begin watching the series, you won’t have to wait long as the first episode is available to watch now! Check it out down below!