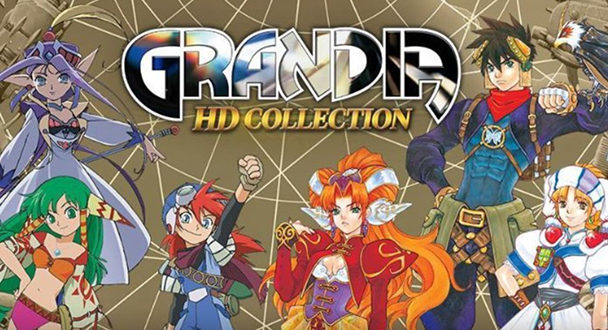 Originally set to release this month on Steam, GungHo Online Entertainment has recently posted via Twitter page that the GRANDIA HD Collection has been delayed until October 15th.

The reason for the delay is to improve the game after hearing feedback about the Nintendo Switch version of the game. With this Gungho plans to release the GRANDIA HD Collection with the added improvements on Steam while the Nintendo Switch patch will be release in November 12th.

While the company doesn’t mention what changes will be released via the patch, it just mentions people will see major changes to both games. 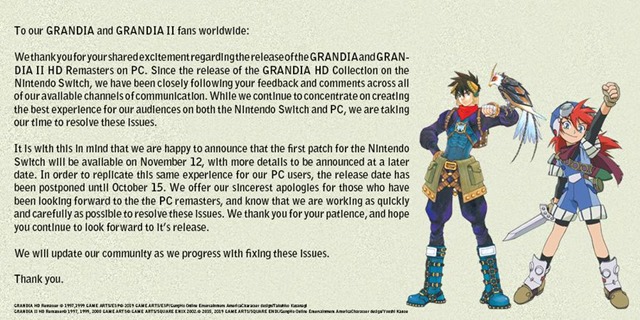 It’s also interesting to note that  GungHo Entertainment released the GRANDIA II Anniversary Edition back in 2015, if you already have the game in your steam library it will automatically switch over to the GRANDIA II HD Remaster, and will have the option to switch back if they choose upon opening the game.