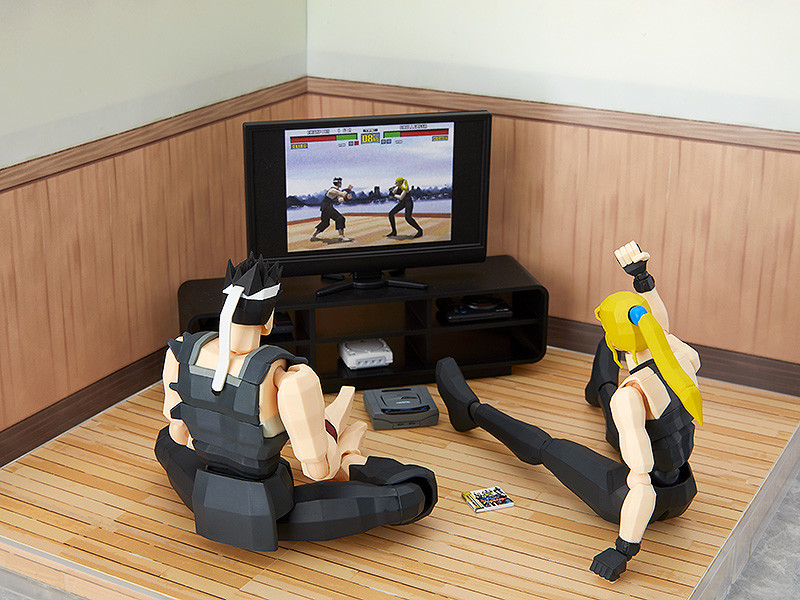 Announced on Twitter GoodSmile will be releasing console accessories for their FigmaPlus Sega collection in December in Japan while those in the west will have to wait until January 2021.

Each console will come with their own dedicated controller or game:

Preorders for the set is available on the official preorder page for ¥3,273 which is around $31.10 USD. Those who preorder before September 24th will also receive an extra pair of hands and a Mega Drive controller.