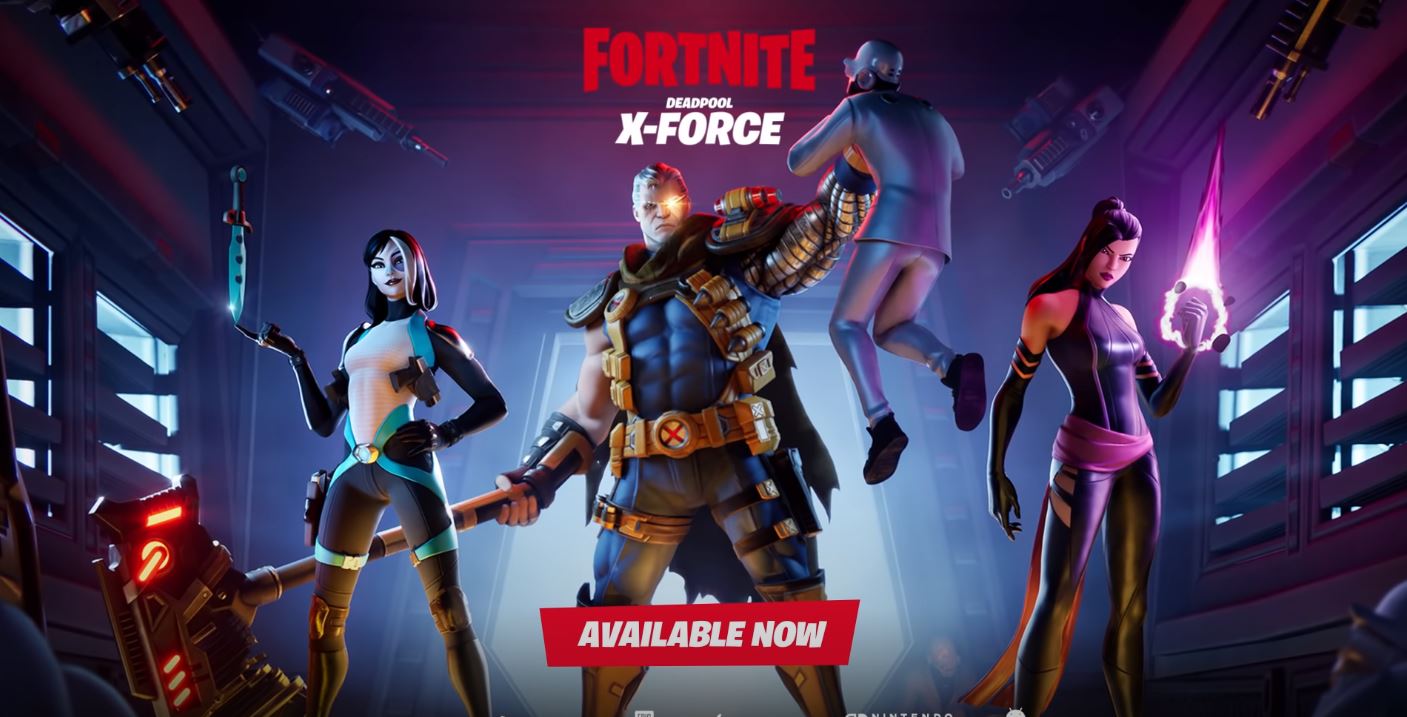 A few weeks back, Marvel’s very own “Merc With a Mouth” joined the ever popular Fornite Battle Royale character roster.

Now, after much anticipation, X-force favorites such as Cable, Domino, and Psylock join in on the fun as well!

With all the new battle royale games releasing, and next gen consoles gaining more and more public eye, it is truly remarkable that Fortnite continues to update and wow fans from all walks of their respective fandoms.

The Avengers and Thanos came to Fortnite last year as a promotion for Endgame, so collaboration between Marvel and Epic is in very good standing.

All characters from X-Force are available now with a slew up customization options.