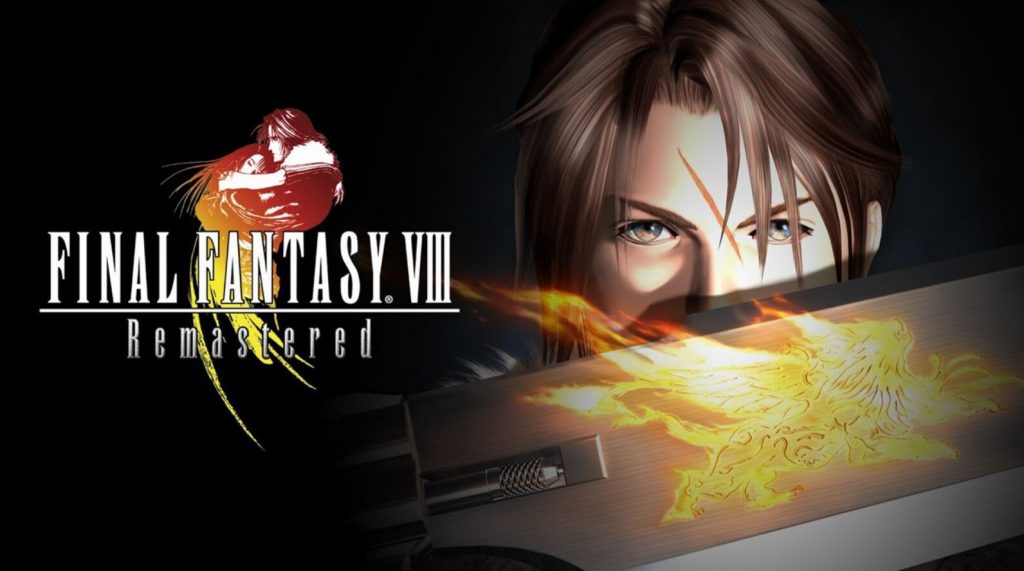 Chris
Featured
September 2, 2019
Last year, Square Enix revealed it would be bringing Final Fantasy VII, Final Fantasy IX, Final Fantasy X/X-2 and Final Fantasy XII: The Zodiac Age to the Nintendo Switch and Xbox One. This was pretty big news because, aside from a PC release, all four titles remained exclusive to PlayStation, but there was one game mysteriously missing, Final Fantasy VIII. That’s because Square Enix had something different in mind for the game. Rather than releasing it as is, Square Enix brought on Dotemu to give the game a very welcome improvement in the visual department.

Final Fantasy VIII may not be the greatest game in the series, but it was certainty an important one when it first released on the original PlayStation system 20 years ago. While it was a bit rough around the edges, visually, it was quite impressive for its time and a had a pretty good soundtrack composed by the legendary Nobuo Uematsu. Some of the core mechanics made the game unique and at the same time, a bit frustrating, as it really didn’t take much time to really explain the later abilities that you could acquire to make the game much more easier to enjoy. 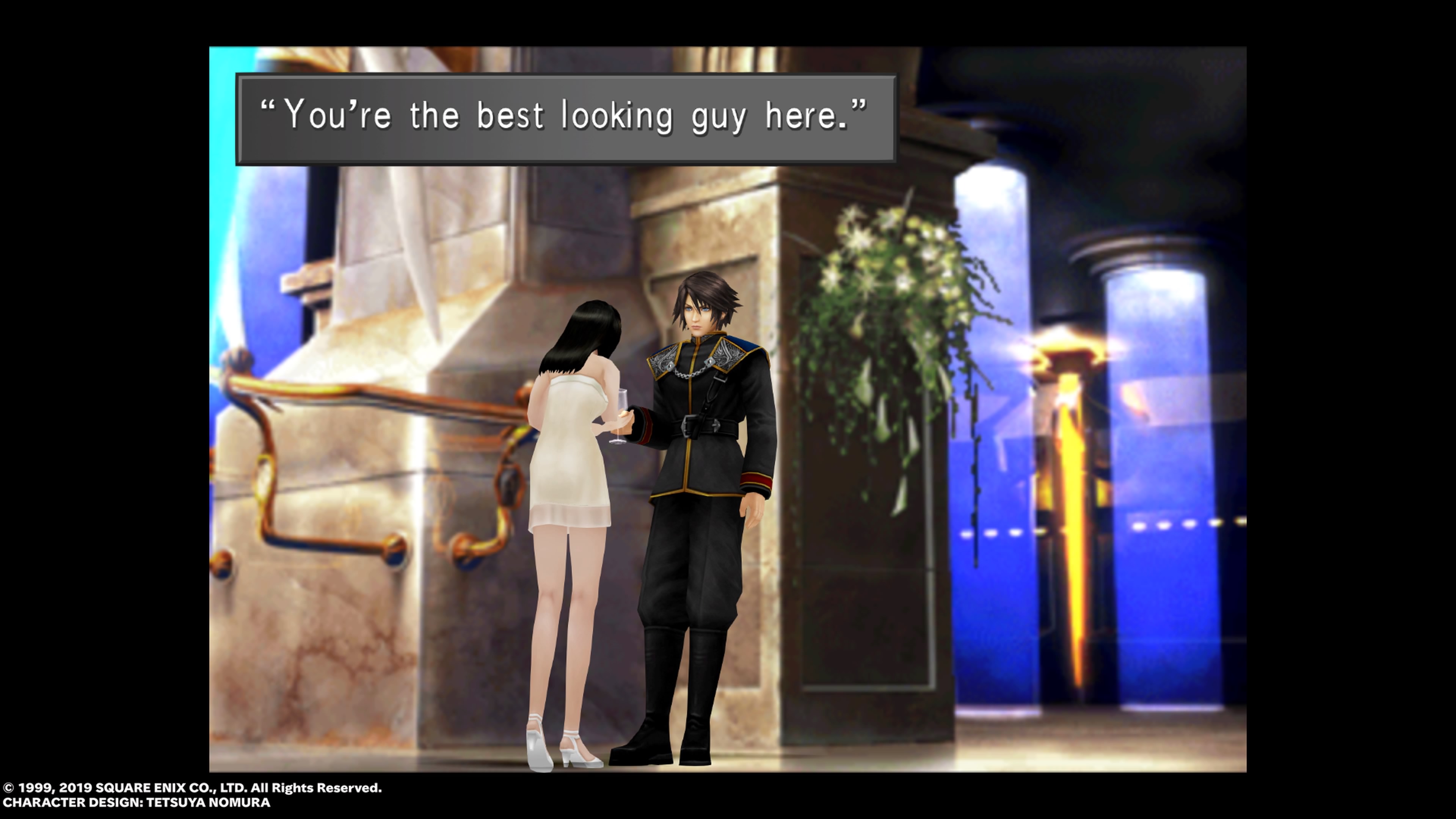 There are some notable changes to the visuals. The first of which is much more detail and fleshed out characters that really stand out more. I think Square Enix really did a great job of promoting the scene where Rinoa calls Squall the best looking guy in the room by really showing off how far the game has come in the remaster. Everything else remains the same, including the backgrounds and full motion cutscenes that at the time really amazed me how they almost flawlessly transitioned to and from gameplay. 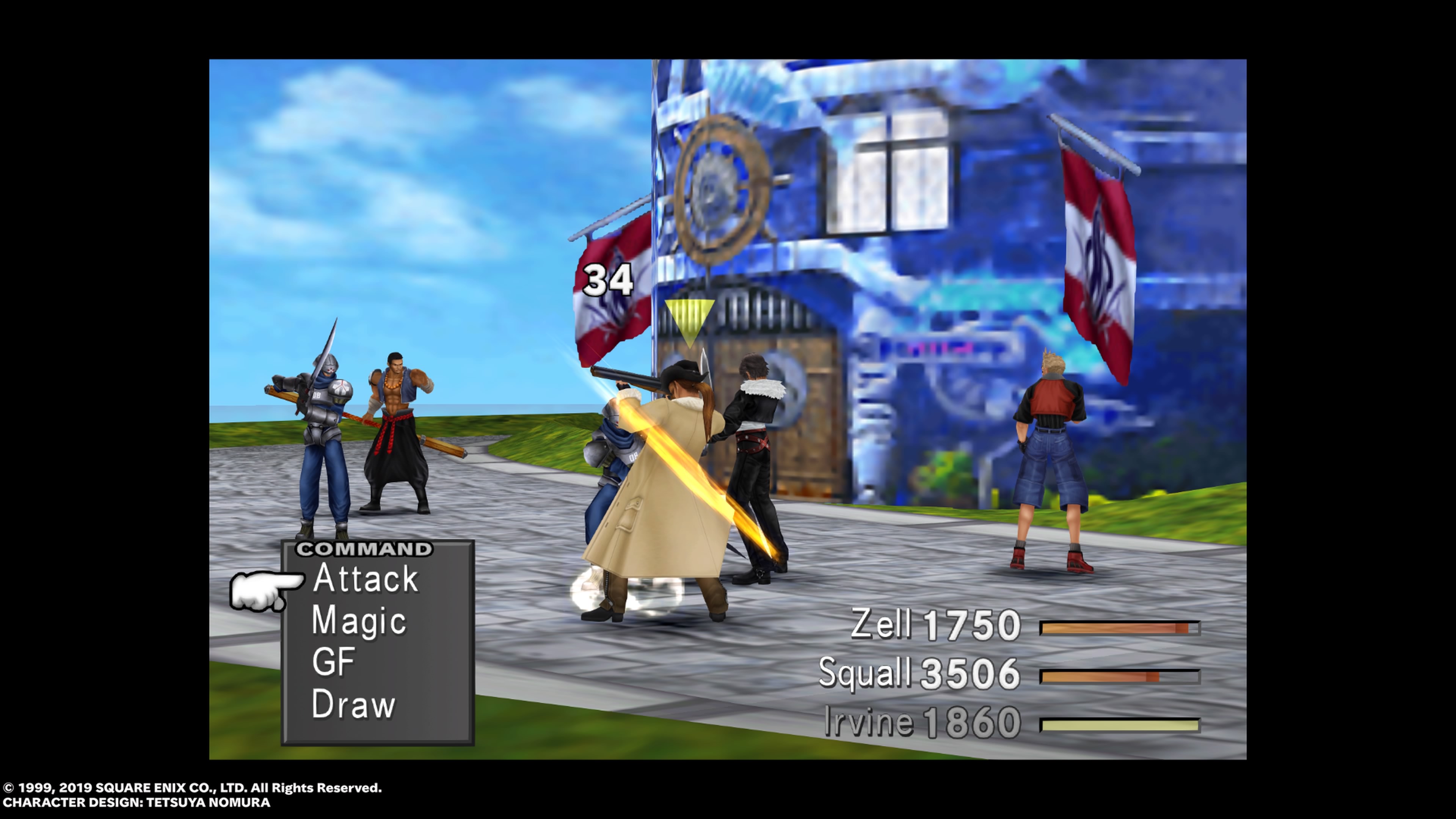 Aside from the visual improvements, are there any extra quality of life improvements made to the game? There are three different boosters you can access at anytime during your playthrough: a booster that increases the speed of the game by 3x; one that removes random encounters (It won’t work in certain end game dungeons); and a battle booster which gives you infinite Limit Breaks when activated, near invincibility where you won’t take damage, but your characters will die if they take damage that is equal to or exceeds their current HP, and constantly fills your ATB bar. If you compare it to the Steam release of Final Fantasy VIII, which came out in 2013, it’s a bit of a downgrade, as the remaster features fewer boosters. The Steam release included unlimited Gil, magic and AP, but I was fine with that 3x the speed. That was all all I really needed, and it can be turned off and on at anytime.

It’s a tale filled with all your typical plot devices – friendship, love and more importantly, the introduction of the most unique weapon of all time…the Gunblade! There are times when the story tends to drag, but luckily, those moments are few and far between as the story tries to keep you engaged by throwing a few curve balls at you by the end of disc 1. 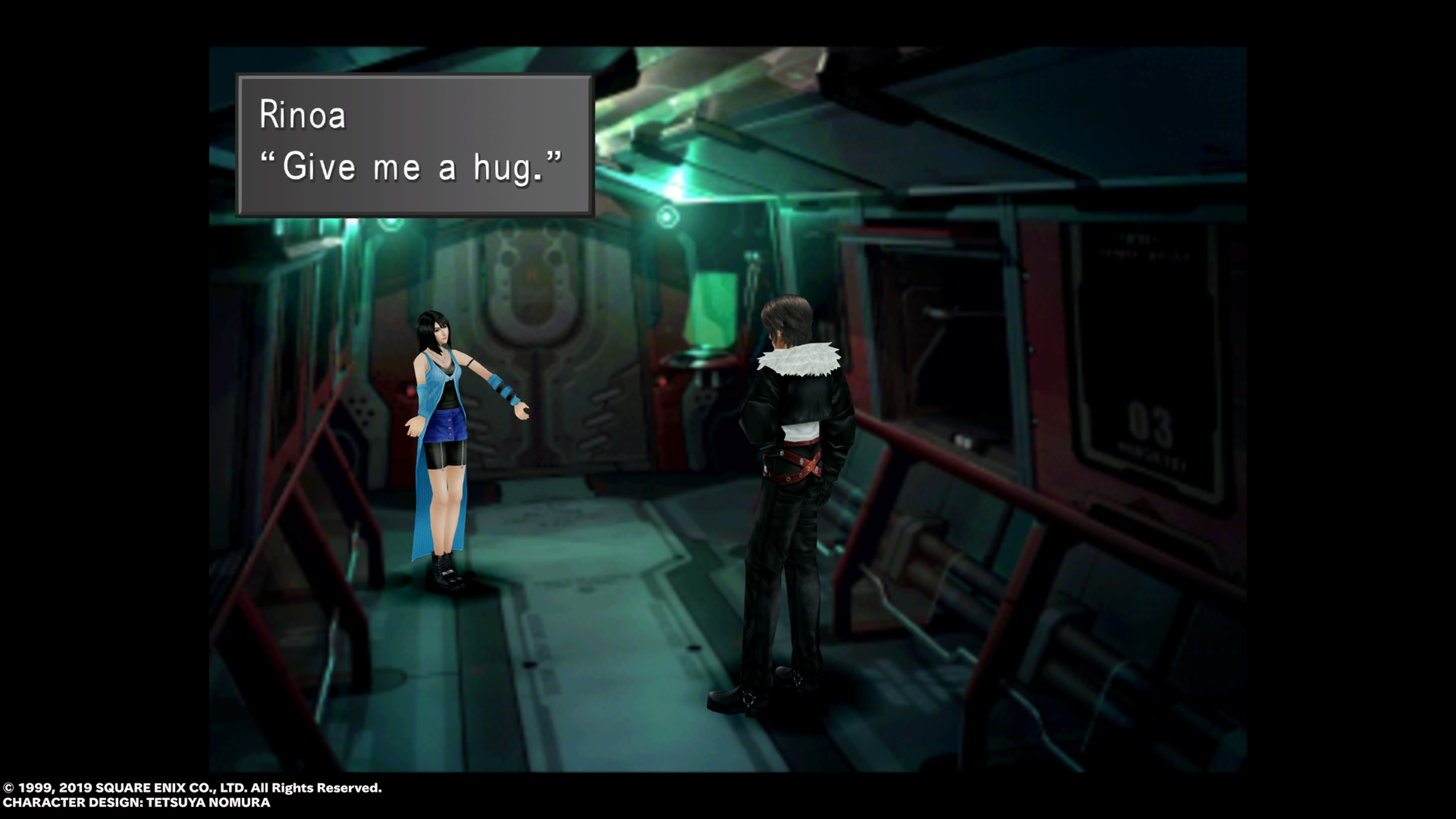 It’s the very oddly designed combat system that tends to be the biggest issue with the game. I was never a big fan of the junction system having to attach “Guardian Force,” which is essentially a creature you can summon. The Guardian Force is needed just to be able to do anything aside from attack. You don’t have MP either to use any magic in the game. Instead, you are forced to “Draw” out magic from an enemy or a draw point and stock for use at a later time. This does get quite annoying to have to sit there and draw over and over if you want to have a huge supply of attack or healing magic. Levels don’t really matter all that much in the game either. In truth, it’s all based on the “Guardian Force(s)” that you equip that make the most impact, since those are what increase your stats based on abilities you earn via AP and skills you equip.

Despite all of its flaws, Final Fantasy VIII is still an enjoyable game, regardless if this is your first time or fifth time playing the game, especially at $20.  I enjoyed playing this game a lot more now than I ever did back as a teenager, and I came to appreciate the speed booster quite a bit because it helped get me through some areas much faster. However, it might cause some audio issues as the music tries to catch up to the action, which can actually be pretty amusing.