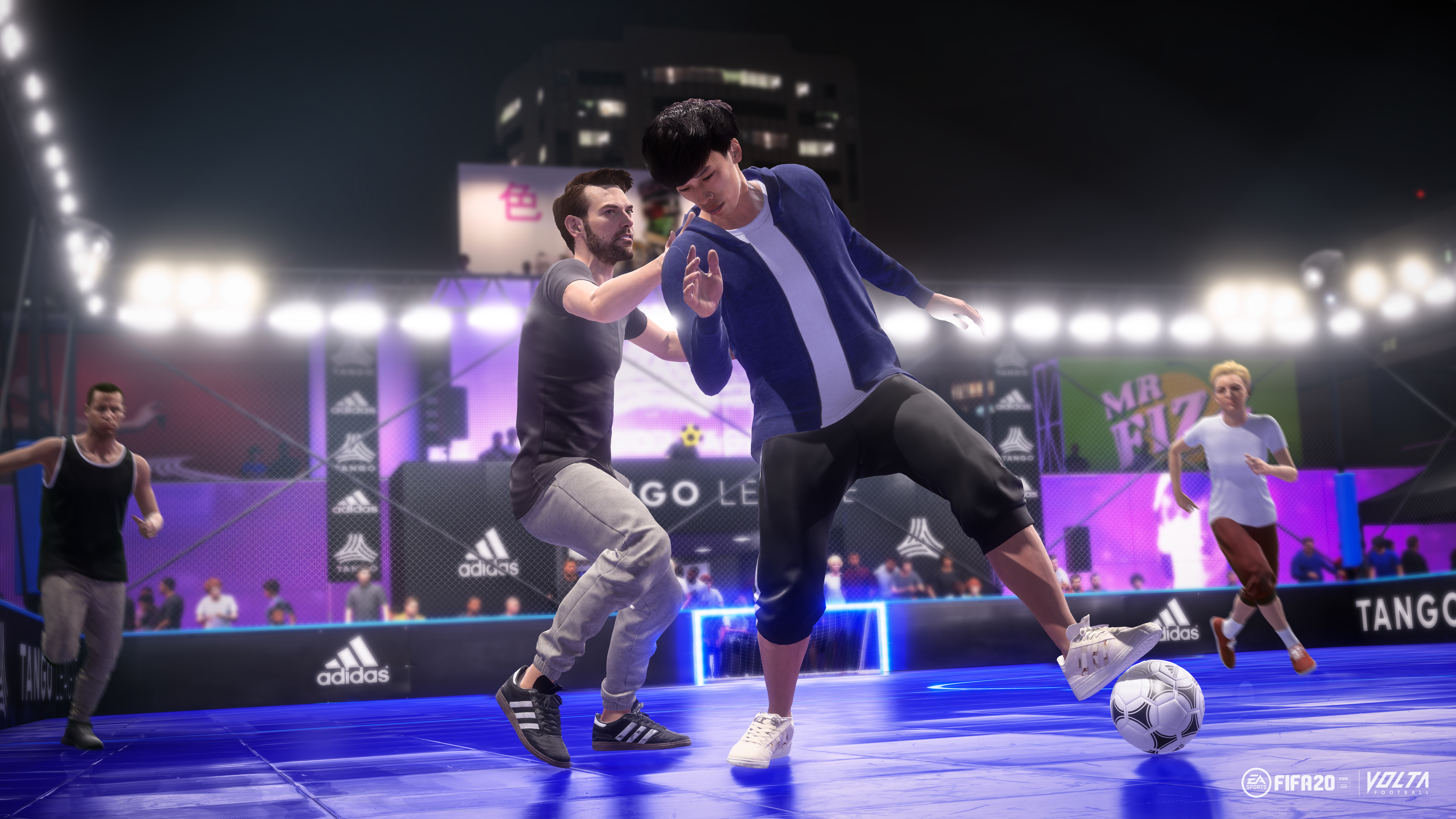 After being invited by EA to check out the upcoming installment of FIFA’s flagship series we were given the tremendous opportunity to play a lot of their new mode VOLTA Football. At first glance I thought this would be a typical game of soccer with a smaller team and an aesthetic change but I was dead wrong.

Now before I make the argument as to why VOLTA is the biggest mode FIFA has ever added let me first preface this by stating that I am not good at your average FIFA modes. To put it bluntly, I am less of a casual at best so when I look at the series I see one that I am unable to understand at all yet Volta football just speaks to me.

VOLTA(for those who are not aware of the mode)is a bit derivative of FIFA Street but with a lot more in its arsenal both content wise and history. Street football has been a thing for a long time and the game really tries to go hard with finding the roots of street football with an expansive mode spanning the globe.

Your goal in VOLTA is to create your player and tackle the world street by street and becoming the best there is and I am all for the execution in method here.

VOLTA WORLD takes you on a worldwind adventure in a similar fashion to Ubisoft’s Trials Rising where as there is a world map with several options in locations, each of them as unique as the next. Once you pick a region you can pick through several locations that have their own challenge, tournament, and rules with the goal of earning respect and recruiting the best for your team.

Before any match you can substitute players that have different stats with others you recruit along the way on your journey with a pretty nifty pre-game setup menu that offers players customization and stats.

The gameplay for VOLTA is superb and I didn’t really think I’d like it this much. Remember how I mentioned that I am below a casual player when it comes to normal FIFA? This isn’t normal FIFA. VOLTA tackles the tremendous gap between competitive players and casual players by offering a mode that is easily accessible and fun to master.

Your games range from 3v3, 4v4, and 5v5 with the ability to choose your positions and players. The difference between your normal garden variety FUT game is that this is the street. The game is more personal, the field is more personal, and so the gameplay feels more personal.

Some locations have fences around them giving players the ability to launch the ball in the air and bounce it off of the wall to another player. Normally in a game of soccer that is a no-no but in VOLTA it’s encouraged. Players also now have a juggling feature where they can launch the ball into the air over their opponents, nothing is off limits.

As for off limits, the locations are also extremely creative. In some areas you’ll be playing under a freeway in the city in others you will find yourself on a rooftop of a Japanese tower at night surrounded by plenty of fans. If you feel homesick take yourself to many of the humble beginnings like parks or gymnasiums and duke it out with the best in town via tournaments at different levels.

The feeling of playing at home is alive and well in VOLTA with an engaging and downright fun way to play and will include online as well. As my afternoon with the game had come to an end I found myself absolutely enthralled by just a demo of whats to come in FIFA 20 and its ambitious evolution with VOLTA.

FIFA 20 is coming to PS4, Xbox One, PC, and Nintendo Switch on September 27th.