NETFLIX ANNOUNCES THE SIMULTANEOUS DEBUT OF 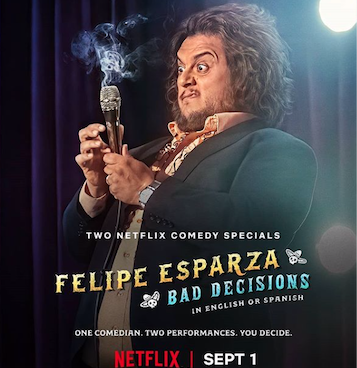 The Specials, Recorded Separately In Both English and Spanish,
Are Set To Premiere Globally On Netflix on September 1, 2020

The specials mark the first time a Netflix comedian has recorded a stand up special in two languages that are set to be released simultaneously.

Check out the official link for the show here  https://www.netflix.com/title/81307960