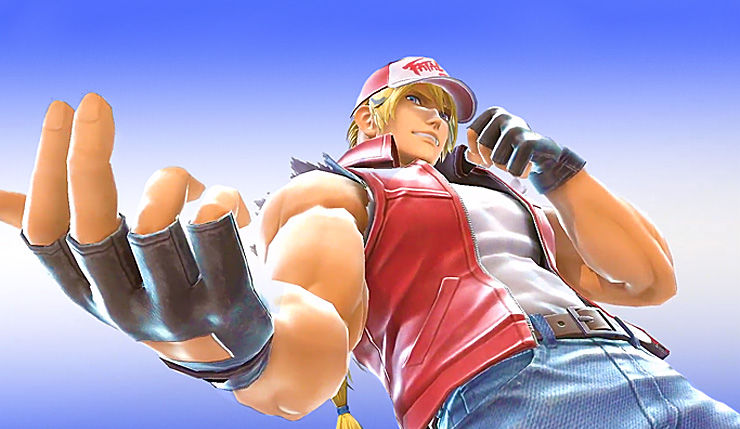 Nintendo had a few surprises in store in today’s Nintendo Direct including the reveal of the highly anticipated fourth DLC fighter. Earlier in the week, people noticed a page appeared on the Nintendo Super Smash Bros. Ultimate page for Challenge Pack 4 which had an SNK trademark on the bottom of the page which got everyone talking.

We finally have our answer, following what is easily my favorite character reveal trailer, Fatal Fury’s Terry Bogard was announced as the next DLC character and more importantly he is scheduled to release in November!

There are also quite a few people asking just who is Terry Bogard? While he might not be a house hold name as let’s say Street Fighter’s Ryu or Mortal Kombat’s Scorpion. SNK is a series with a rich history starting off in arcades and Fatal Fury/King of Fighters series has a very respective following around the world, I mean heck Geese Howard is in Tekken 7, Mai Shiranui is in Dead or Alive 6, Haohmaru will be a DLC fighter in SoulCalibur 6 next season.

I’m pretty excited to see Terry join the roster, he is still in development but I can’t wait to see him in action in the lead up to his release and another great piece of news revealed was that the line-up will only get bigger as more DLC characters past the original six will be coming to the game!