Todd Phillips’ JOKER movie is about to hit theaters this weekend. In my opinion the film is a masterpiece and you could check out my non-spoiler review HERE. About a month ago, I was among the lucky few critics who had a chance to see the film for an exclusive screening. During the after party, I had a chance to talk to Todd Phillips. He gave me some interesting info about one of the original pitches for the film.

Please note: This is NOT verbatim since I did NOT record the conversation but here’s how I remember it happening.

Luis Lecca: When the film was announced, the comic book geeks and nerds in the community were trying to figure out what the movie could be like. We’ve never had a Joker Standalone film so curiosity was at a fever pitch. When the first trailer dropped one of my theories was that it would actually be almost a silent film, since it looked artsy. Plus the Charlie Chaplin imagery in the trailer.

Todd Phillips: It’s funny you say that because one of my original pitches for the Joker movie was that we wanted to film it in black and white. The studio would not do that.

I followed up by asking Phillips if they are going to be featuring a Black and White version on the Blu-ray release. He said that would probably not happen.

We’ve seen other films such as Logan get both versions on the Blu-ray. 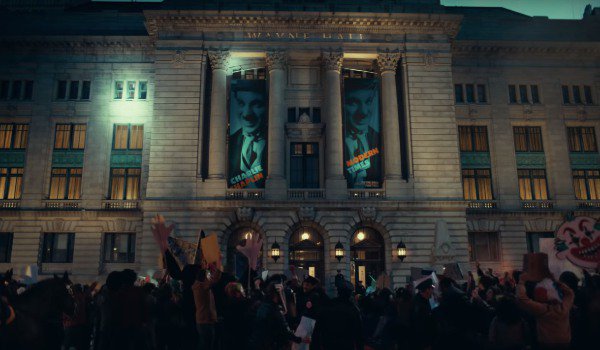 In JOKER, Forever alone in a crowd, failed comedian Arthur Fleck seeks connection as he walks the streets of Gotham City. Arthur wears two masks — the one he paints for his day job as a clown, and the guise he projects in a futile attempt to feel like he’s part of the world around him. Isolated, bullied and disregarded by society, Fleck begins a slow descent into madness as he transforms into the criminal mastermind known as the Joker.

Watch Our Review Of JOKER Below!