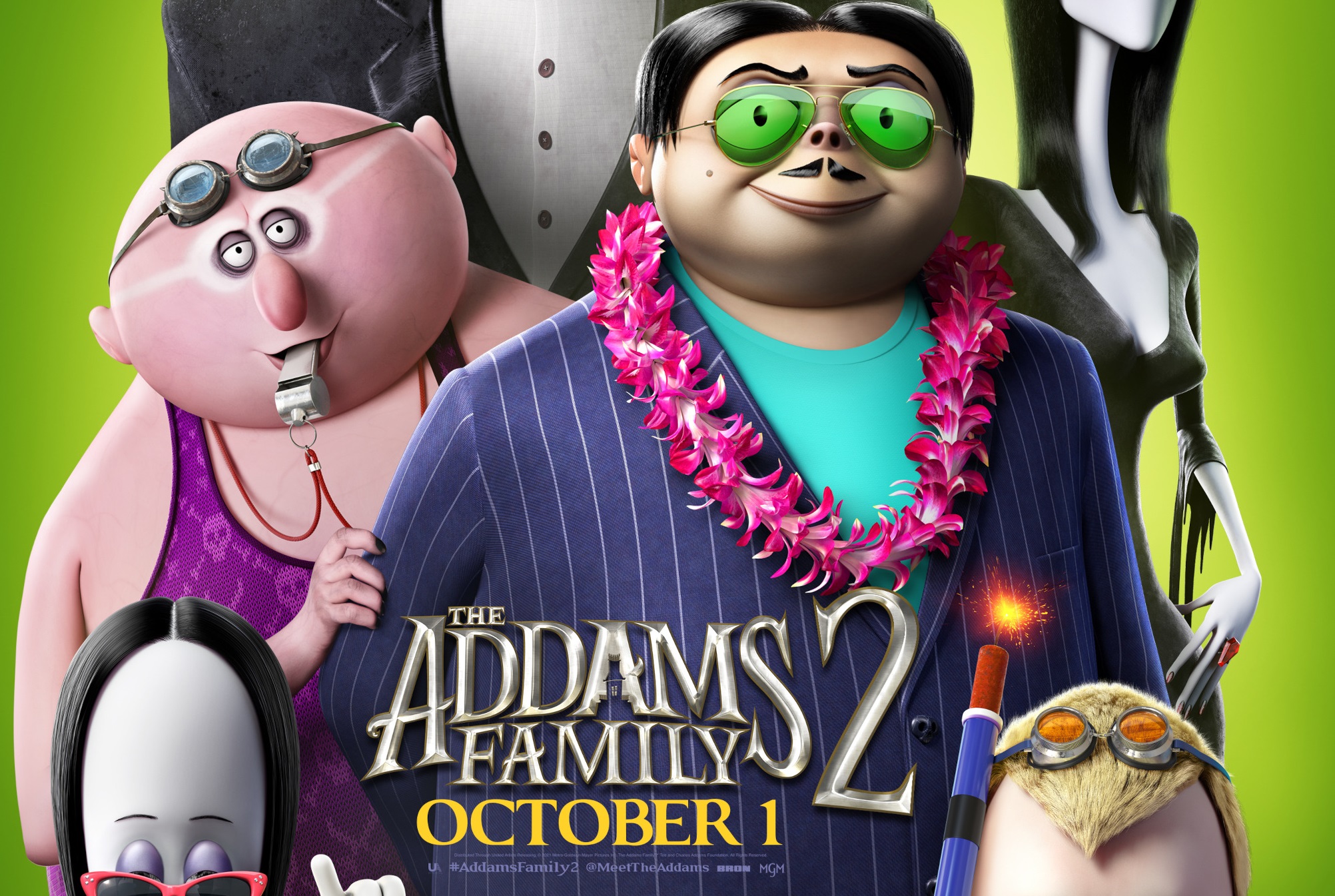 See it in theaters or on demand on October 1

In Addams Family 2, everyone’s favorite spooky family is back in an animated comedy sequel. In this all new movie we find Morticia and Gomez distraught that their children are growing up, skipping family dinners, and totally consumed with “scream time.” To reclaim their bond they decide to cram Wednesday, Pugsley, Uncle Fester and the crew into their haunted camper and hit the road for one last miserable family vacation. Their adventure across America takes them out of their element and into hilarious run-ins with their iconic cousin, IT, as well as many new kooky characters. What could possibly go wrong?

We had a chance to talk to Nick Kroll (Uncle Fester) and he spoke to us about his experience working in the movie and much more.

Watch our video below. 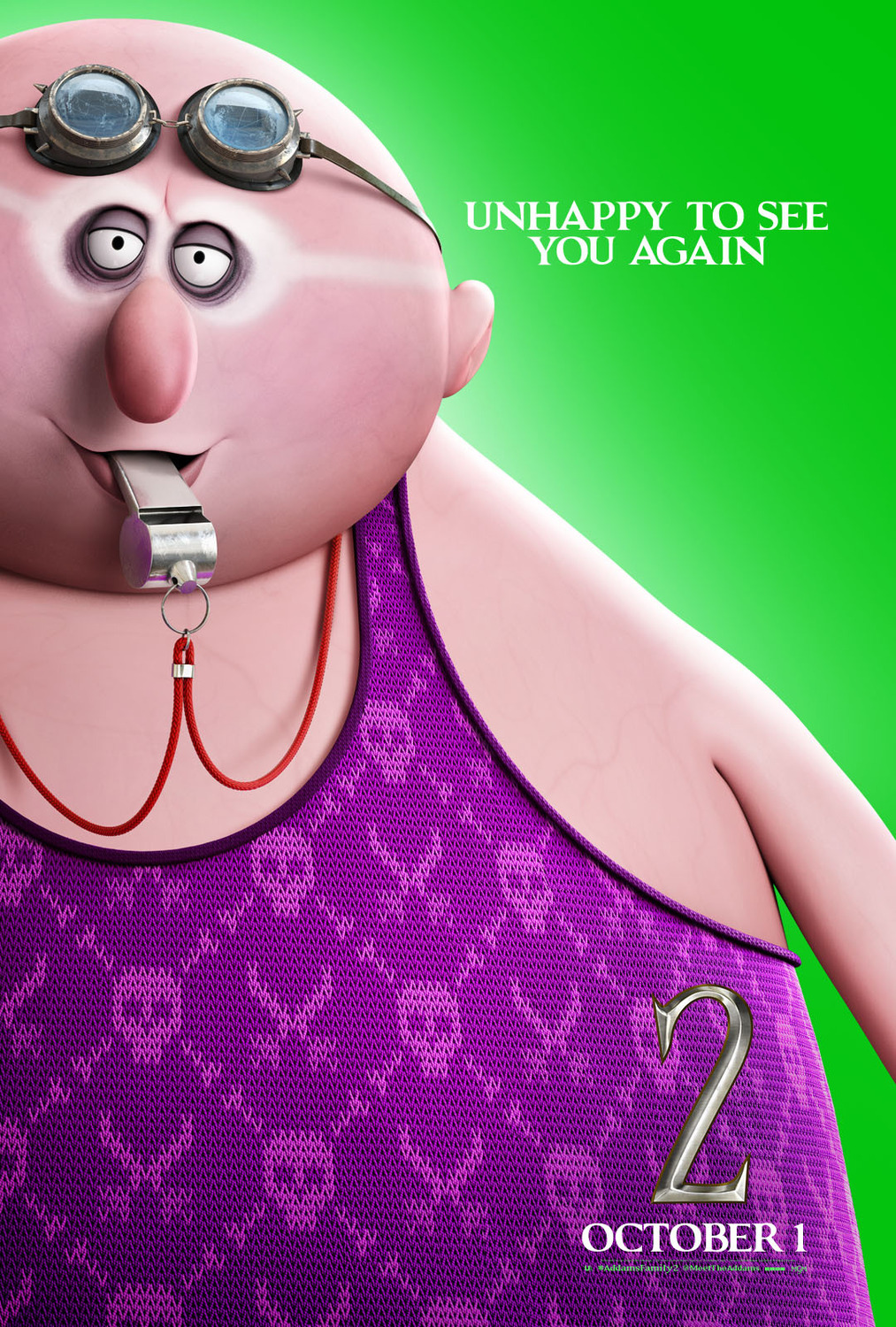 NICK KROLL [Uncle Fester] has established himself as one of today’s most sought-after creators, writers, producers, and actors in both film and television.

Kroll co-created, writes, produces and performs over 30 voices on the Emmy-Nominated Netflix animated series BIG MOUTH, which is based on his childhood. The show has garnered numerous accolades including 2021, 2020 and 2019 Emmy Award nominations for “Outstanding Animated Program,” a 2020 Critics Choice Award nomination for “Best Animated Series,” a 2020 Emmy Award for “Outstanding Derivative Interactive Program,” a 2021 Annie Award for “Best Writing – TV / Media”, a 2019 Annie Award for “Best General Audience Animated Television/Broadcast Production,” and a 2019 Critics’ Choice Award in the category of “Best Animated Series.” Season 4 premiered last year and has been renewed for an additional two seasons. BIG MOUTH has been heralded by Vanity Fair as “one of TV’s most honest depictions of growing up.”

Kroll and the BIG MOUTH team, Andrew Goldberg, Mark Levin, Jennifer Flackett and Kelly Galuska also announced their newest project for Netflix titled HUMAN RESOURCES. Kroll serves as co-creator and executive producer on the workplace comedy which will be set in the same world as the BIG MOUTH monsters and premiere early next year.

Kroll recently announced the launch of his production company, Good At Business. Under his new banner, Good At Business is developing and adaptation of Calvin Kasulke’s SEVERAL PEOPLE ARE TYPING as a TV series. SEVERAL PEOPLE ARE TYPING is the first novel narrated entirely through Slack chats. Kasulke’s darkly funny debut upends our new COVID-era workplace—the virtual office.

Upcoming, Kroll will star in Olivia Wilde’s New Line thriller, DONT WORRY DARLING alongside Florence Pugh, Harry Styles, and Chris Pine. Written by Katie Silberman and based off a spec script by Shane and Carey Van Dyke, the film is set in an isolated, utopian community in the 1950s California desert.

Last year, Kroll and John Mulaney released a new podcast OH, HELLO: THE P’DCAST, a spinoff of their critically acclaimed show OH, HELLO ON BROADWAY. The first episode was released on April 3, 2020 and all proceeds were donated to various charitable organizations supporting COVID-19 relief, including United Way. In 2017, Kroll wrapped his Broadway debut in OH, HELLO ON BROADWAY which ran for 138 performances and received rave reviews. He starred as “Gil Faizon” opposite John Mulaney as “George St. Geegland,” two elderly men from the Upper West Side of Manhattan. The show was filmed for a Netflix Original Comedy Special which is currently available for streaming.

In November 2020, Kroll completed his tour for Nick Kroll: Middle-Aged Boy, his stand-up comedy show, which hit multiple US cities with sold out shows in the UK and Australia. Kroll was the creative executive producer on his sketch show, the KROLL SHOW, which ran for three seasons on Comedy Central. Kroll also starred as “Ruxin” in the hit FX show THE LEAGUE for a total of seven seasons.