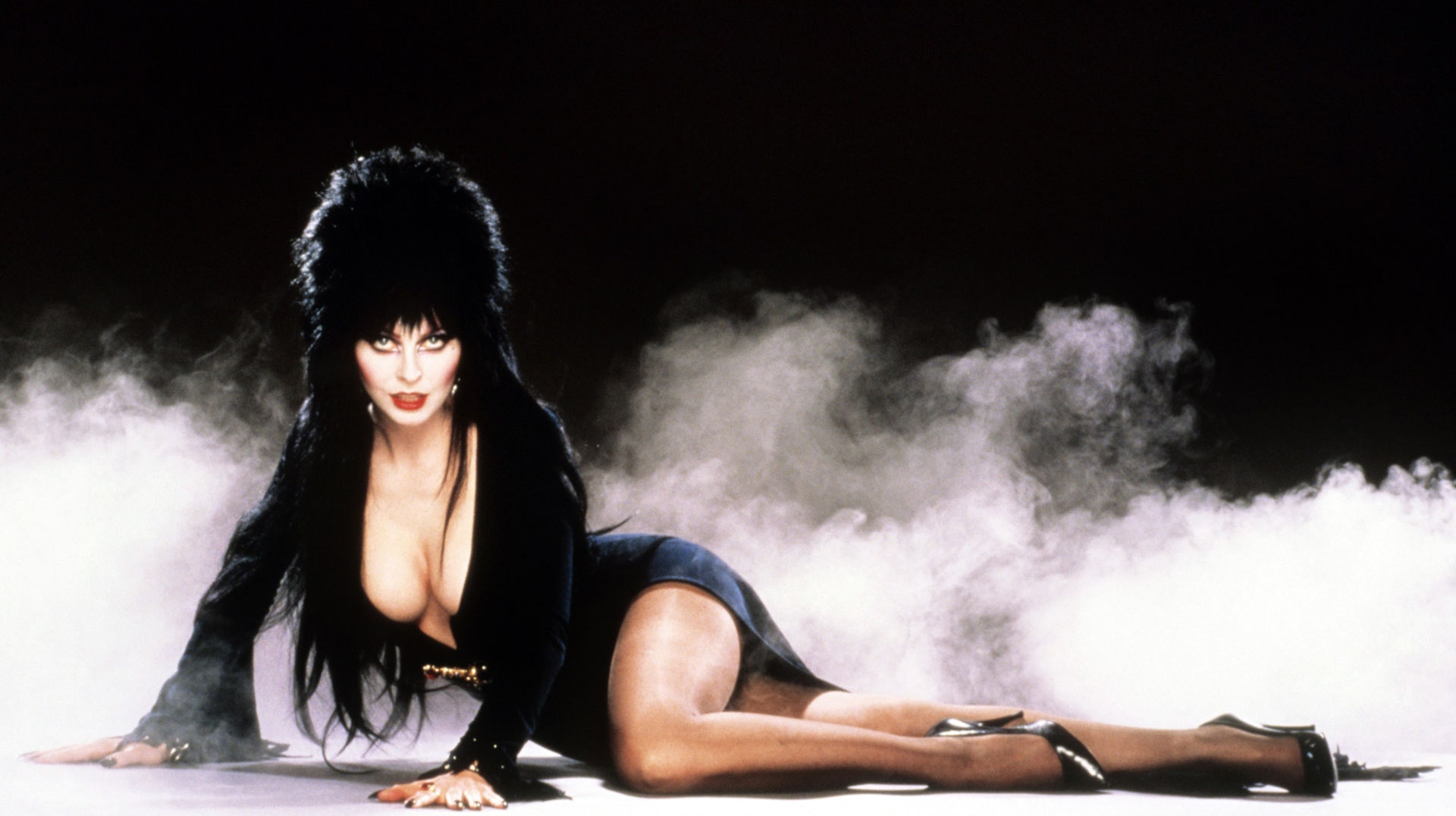 Exclusive Interview With Cassandra Peterson a.k.a. Elvira, Mistress of the Dark

Yesterday, Nuke The Fridge premiered Elvira, Mistress of the Dark‘s brand new music video (Don’t Cancel Halloween). Today, we have the privilege of sharing with you an exclusive interview with Cassandra Peterson (Elvira).

During the interview, we talked about the making of the video, her favorite movies, and even discussed her running for president plus much more! You can enjoy the interview below and if you missed the “Don’t Cancel Halloween” music video you can also watch that below! 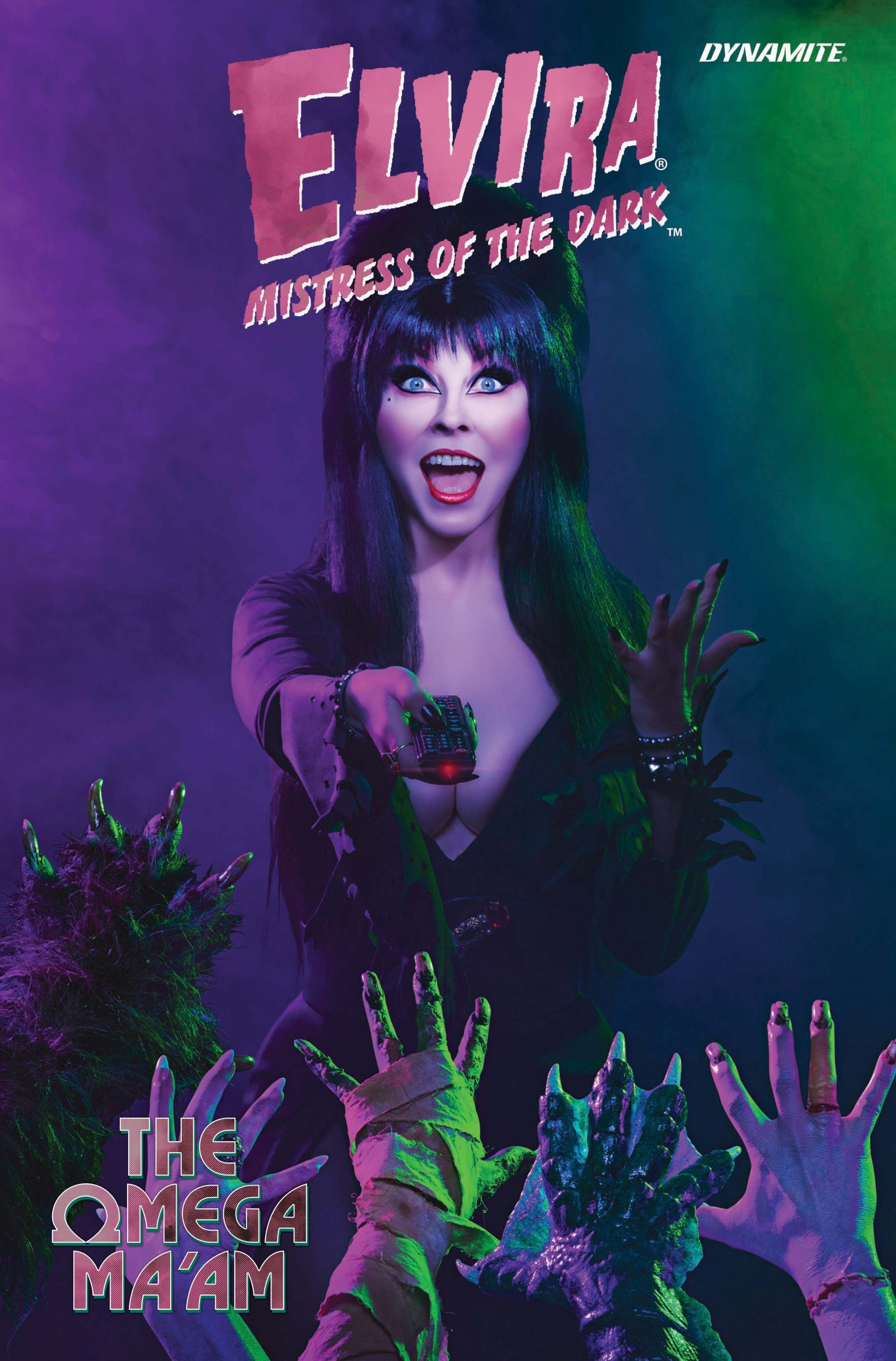 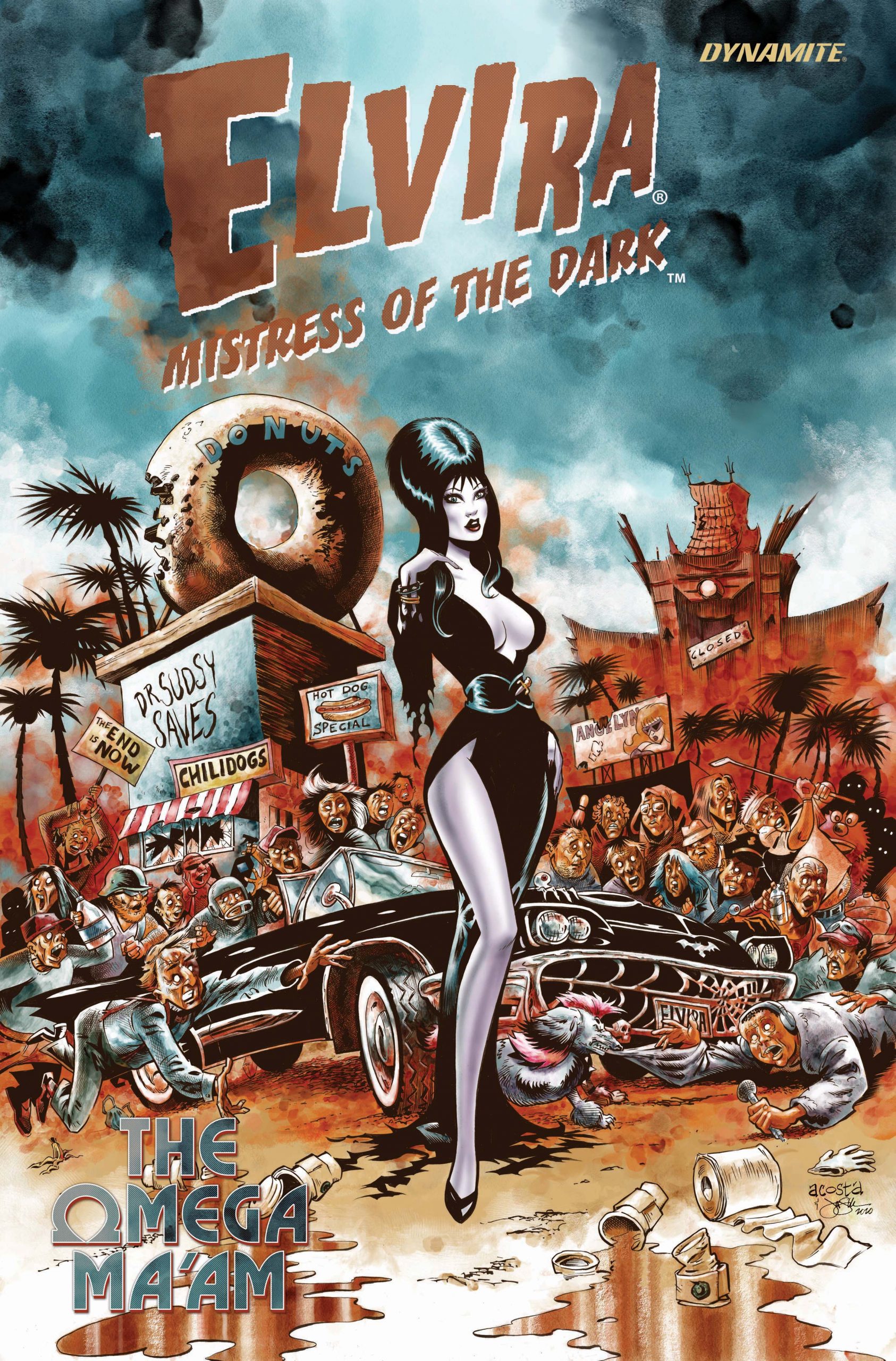 Originating with a cheeky “Quarantine Special” codename, this brand new 48-page story finds Elvira waking up from a short coma (due to a hairspray overdose…) to discover a deserted Los Angeles. Wandering around with her canine companion, it seems she may be the sole survivor. But The Last Sex Symbol on Earth… is not alone! She must contend with a cult of zombie-like survivors who’ve ingested cleaning products that alter their DNA, as she seeks to find out what happened and where to get a decent cup of coffee. This exclusive comic pulls inspiration from the likes of The Omega Man, The Walking Dead, 28 Days Later, Mad Max and more, and is sure to be a delight for fans of horror, camp, and great stories – as only Elvira can! Elvira, the creative team, and the Dynamite crew have been working on this for all of 2020. The spooky season is the perfect time to launch for Elvira’s fans, and the book will be shipped out quickly following the finale.

For nearly 35 years, Elvira has had a historic strong connection to comic books, a medium with a controversial and campy legacy just like the cult B movies she’d host on her classic TV series. Across that history, the Queen of the Macabre has never been as closely involved in the creative process as on this special release.

Elvira herself shared, “It’s been a blast to craft this story which doubles as a hilarious new adventure for me and touches on so much of the craziness in the world today. Working with the folks at Dynamite, David Avallone, and the rest of the team is always fun… and the fans are going to love it!”

The riotous story was developed and fleshed out with writer David Avallone, returning following his beloved run on the Elvira monthly series. He’s also written The Shadow, Vampirella, Bettie Page, and co-created Drawing Blood with Teenage Mutant Ninja Turtles creator Kevin Eastman. His primary artistic collaborator on Elvira tales and co-creator of the Kickstarter hit Dragon, Dave Acosta, joins the team once more with his epic sequential illustrations. The motley crew is rounded out with colors by wondrous Walter Pereyra and lettering by tenacious Taylor Esposito.

“Dynamite has always given me great creative freedom, and this time Elvira and I really push the limits,” said writer David Avallone. “It’s easily the most provocative thing I’ve ever written, but even with that said, a highly entertaining romp. The Omega Ma’am is a comedy of cataclysm, a satire set in the Pandemic Year, in which our intrepid heroine finds herself dealing with a post-apocalyptic Los Angeles, a horde of infected zombies, and worst of all, the difficulty of obtaining a good cup of coffee when society has collapsed. As always, it is chock full of terrible puns, dirty jokes, and loving homages to classic doomsday film, television, and literature.”

On the Kickstarter campaign, fans can get several variations of the book. Alternate editions feature a beautiful watercolor cover by artist Dave Acosta or a photo cover. Elvira will even be signing a limited number of copies for collectors. As a special treat, Dynamite will offer a “coloring book cover” with Acosta’s inked artwork on heavier paper stock.

Extras that can be added to one’s Halloween haul include Dynamite’s past Elvira tales, special trading cards, high-quality lithograph prints, a collectible coin, and her very own spectral board to communicate with the dead! 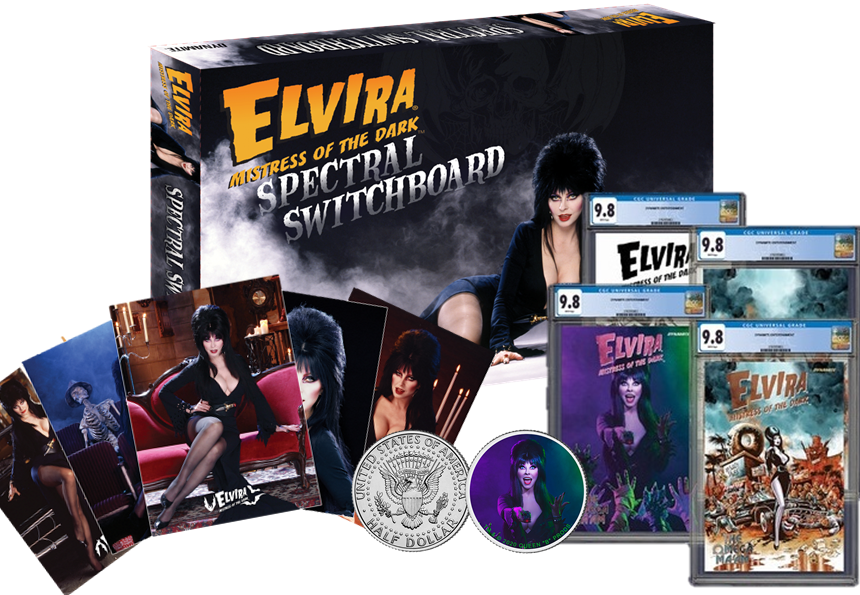 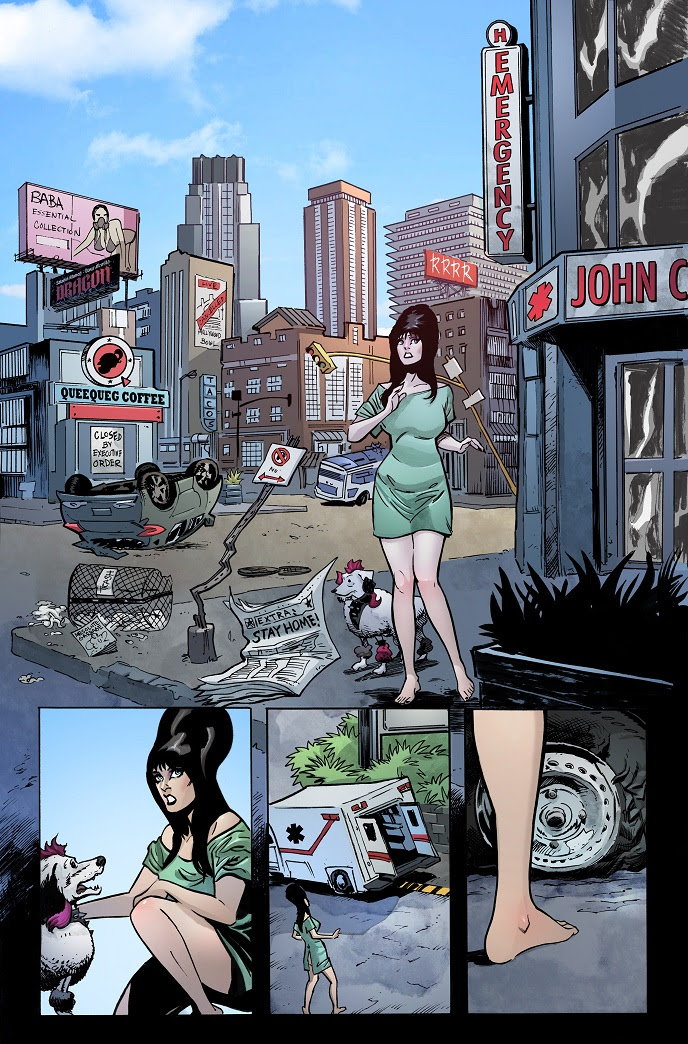 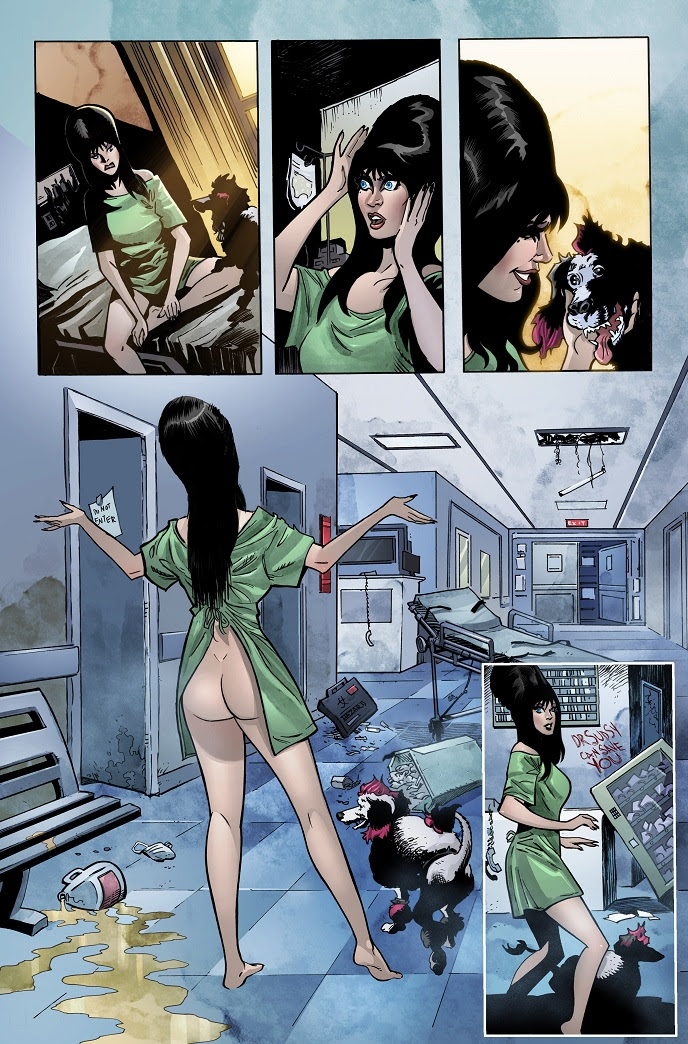 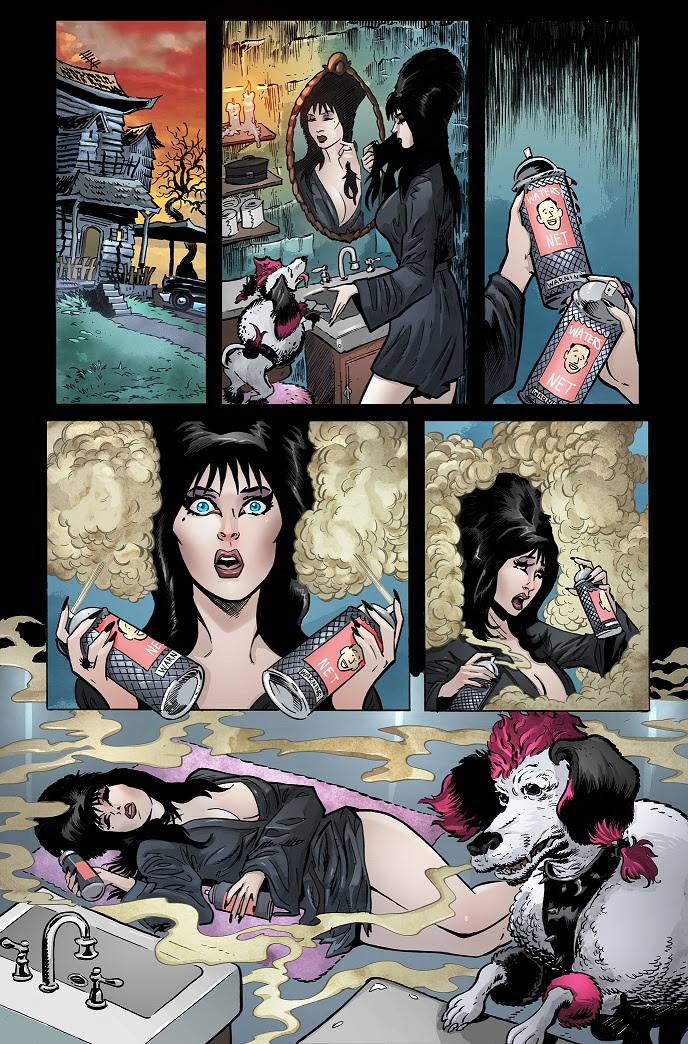 About Dynamite Entertainment
Dynamite was founded in 2004 and is home to several best-selling comic book titles and properties, including The Boys, The Shadow, Red Sonja, Warlord of Mars, Bionic Man, A Game of Thrones, and more. Dynamite owns and controls an extensive library with over 3,000 characters (which includes the Harris Comics and Chaos Comics properties), such as Vampirella, Pantha, Evil Ernie, Smiley the Psychotic Button, Chastity, and Peter Cannon: Thunderbolt. In addition to their critically-acclaimed titles and bestselling comics, Dynamite works with some of the most high-profile creators in comics and entertainment, including Gail Simone, Christopher Priest, Andy Mangels, Leah Moore, Kevin Smith, David Walker, Vita Ayala, Danny Lore, Neil Gaiman, Garth Ennis, Darick Robertson, Brandon Thomas, Amy Chu, Peach Momoko, Reginald Hudlin, Nancy Collins, David Walker, Mirka Andolfo, Steve Orlando, Greg Pak, Jenny Frison, Matt Wagner, and a host of up-and-coming new talent. Dynamite is consistently ranked in the upper tiers of comic book publishers and several of their titles – including Alex Ross and Jim Krueger’s Project Superpowers – have debuted in the Top Ten lists produced by Diamond Comics Distributors. In 2005, Diamond awarded the company a GEM award for Best New Publisher and another GEM in 2006 for Comics Publisher of the Year (under 5%) and again in 2011. The company has also been nominated for and won several industry awards, including the prestigious Harvey and Eisner Awards.