In today’s world of gaming, there is perhaps no greater despised name for companies, than that of Electronic Arts. Now to be fair they do give a solid product visually, and gamers continue to help their sales reach record numbers. But among the gaming community, EA is known for its shady business tactics and sucking the gamer dry in loot-boxes and microtransactics.

Perhaps the most wondrous of these grievances comes from 2017’s Battlefront 2 and the loot-box system within. When fans expressed their outrage of the lootboxes being too costly and the extremely “grindy” fashion of rewards, fans took to Reddit to express their distaste. And that is where today’s story comes in.

EA posted this statement on Reddit as a response to criticism.

“The intent is to provide players with a sense of pride and accomplishment for unlocking different heroes.

As for cost, we selected initial values based upon data from the Open Beta and other adjustments made to milestone rewards before launch. Among other things, we’re looking at average per-player credit earn rates on a daily basis, and we’ll be making constant adjustments to ensure that players have challenges that are compelling, rewarding, and of course attainable via gameplay.

We appreciate the candid feedback, and the passion the community has put forth around the current topics here on Reddit, our forums and across numerous social media outlets.

Our team will continue to make changes and monitor community feedback and update everyone as soon and as often as we can.”

Which resulted in becoming the most down-voted (or disliked) post of all time. This image is taken from The Guinness World Record book. 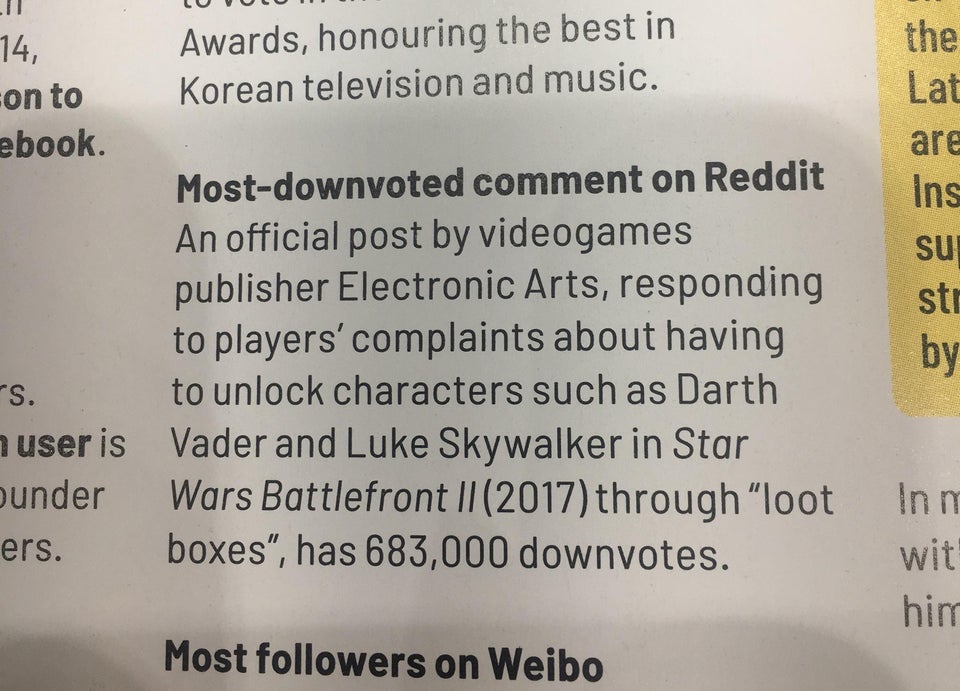 EA continues to push hard on loot-boxes as well. Earlier in August, Apex Legends (another game published by EA) received a lot of criticism regarding their charge for loot-boxes being $7 for one random item, and some in-game currency that couldn’t be used for much.