Psychonauts was a game that I didn’t get around to playing until 2008, it was a game I picked up for pretty cheap and about half way through I regretted it….I regretted the fact that I waited so long to play such an awesome game. It was something different, the story was fantastic and it’s around that time that I really took notice of Double Fine Productions (and a few prior LucasArts releases), so while I have yet to play Psychonauts in the Rhombus of Ruin when the opportunity came to see Psychonauts 2 there was no way I was going to miss the chance. 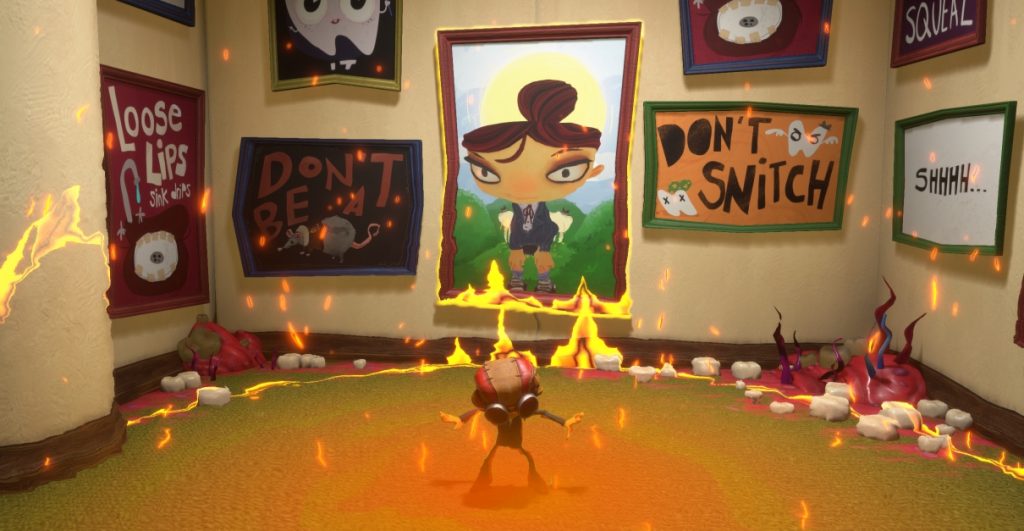 The hands-off demo showed off the first level of the game, it kicked off with Raz sitting at a desk now part of the Psychonauts organization. It looks like it’s not all that he expected it to be as all the members are called together as the Employee of the year is announced as Loboto. His prize is an all expense paid vacation only problem is he needs whoever hired him to sign off on his vacation, this is all a ploy though to find out who Loboto’s boss is , Raz is then tasked with tailing him but things don’t go the way they planned and things get a crazy in the best possible way.

As Raz gets closer to Loboto, everything gets inverted or stretches out, not long after the office building begins transforming teeth suddenly appear along with various enemies called Doubt and Regrets, eventually things get pretty strange as you find yourself inside of a mouth with teeth everywhere and I mean everywhere. It was a bit odd really in terms of the original but it fits. Raz will have all the powers he gained from the original game including PSI Blast, Levitation, and Pyrokinesis but rather than starting with it he is slowly reintroduced to them and will eventually learn a few new abilities which I can’t wait to see.

Psychonauts 2 looks fantastic visually, it’s not the most visually impressive game and that’s perfectly fine it focuses more on keeping the original look and feel of the first game but drastically improved. It’s a love letter to the fans who wanted more and that’s exactly what you get. From what I got to see Psychonauts 2 pushes all the right buttons as it continues Raz’s story after more than a decade and a half away complete with all it’s charm.