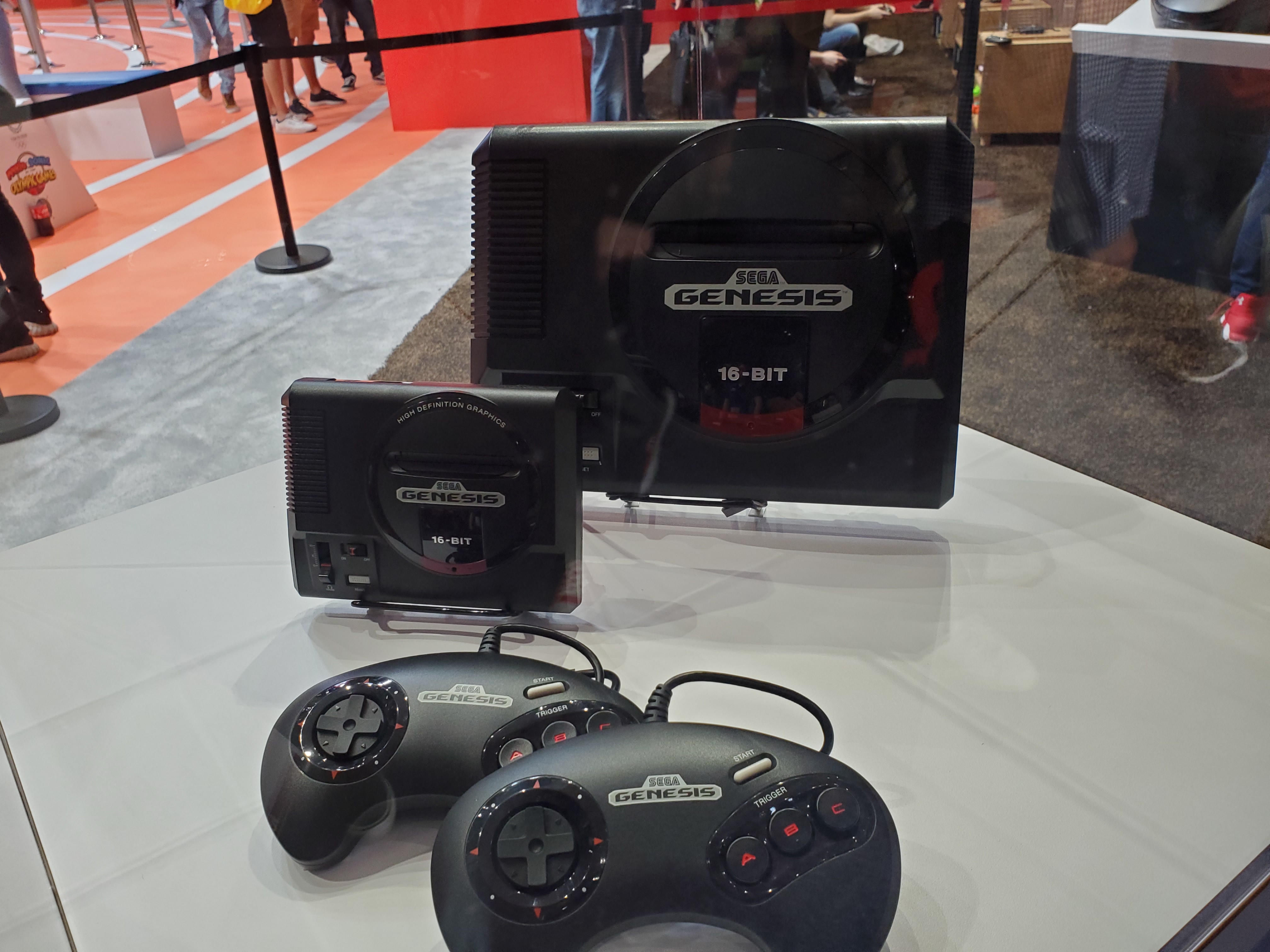 When Sega first announced the Sega Genesis Mini aka the Mega Drive Mini I was a bit skeptical about it, I wanted it to be something great but after it was originally revealed that it was being developed by AtGames well I had lost all interest. I could talk about how bad ATGame’s Sega Flashback is but that would require a whole article alone but in short, avoid it. Luckily, not long after it was revealed that Sega would be ditching ATGames with M2 taking over and then everything changed.

Suddenly, I was excited, M2 does an amazing job porting games which include the recent Castlevania and Contra Collections so this means that it would be a quality product rather than some cheap cash in following the popularity of the NES and SNES Classic.

At E3, Sega had a few stations with the Sega Genesis Mini on hand and included all playable 42 games. It was pretty cool it had a 90’s feel but more importantly it gave me a chance to get a feel for the system and see how it ran and expected it ran with no issues, looked great and the sound was perfect.

The Sega Genesis was the first system I had bought with my own money, I was about 13 or 14 and had already had a Super Nintendo which I loved but my friend had a Genesis and I loved games like Streets of Rage, Sonic 2 and the list could go on so while I still own most of the games, having it all on one device would be great plus it has Mega Man the Wily Wars. I never had the Sega Channel so I never got to play it until way almost a decade later via emulation so finally having a legal way to play it without spending a ton of money on an import cart is quite nice.

While I would have loved to see a few different games added like Sonic 3 & Knuckles, Splatterhouse, Teenage Mutant Ninja Turtles: The Hyperstone Heist, Pulseman and Ristar, the line up is still pretty good. I’ll definitely be picking one up when it releases in September.