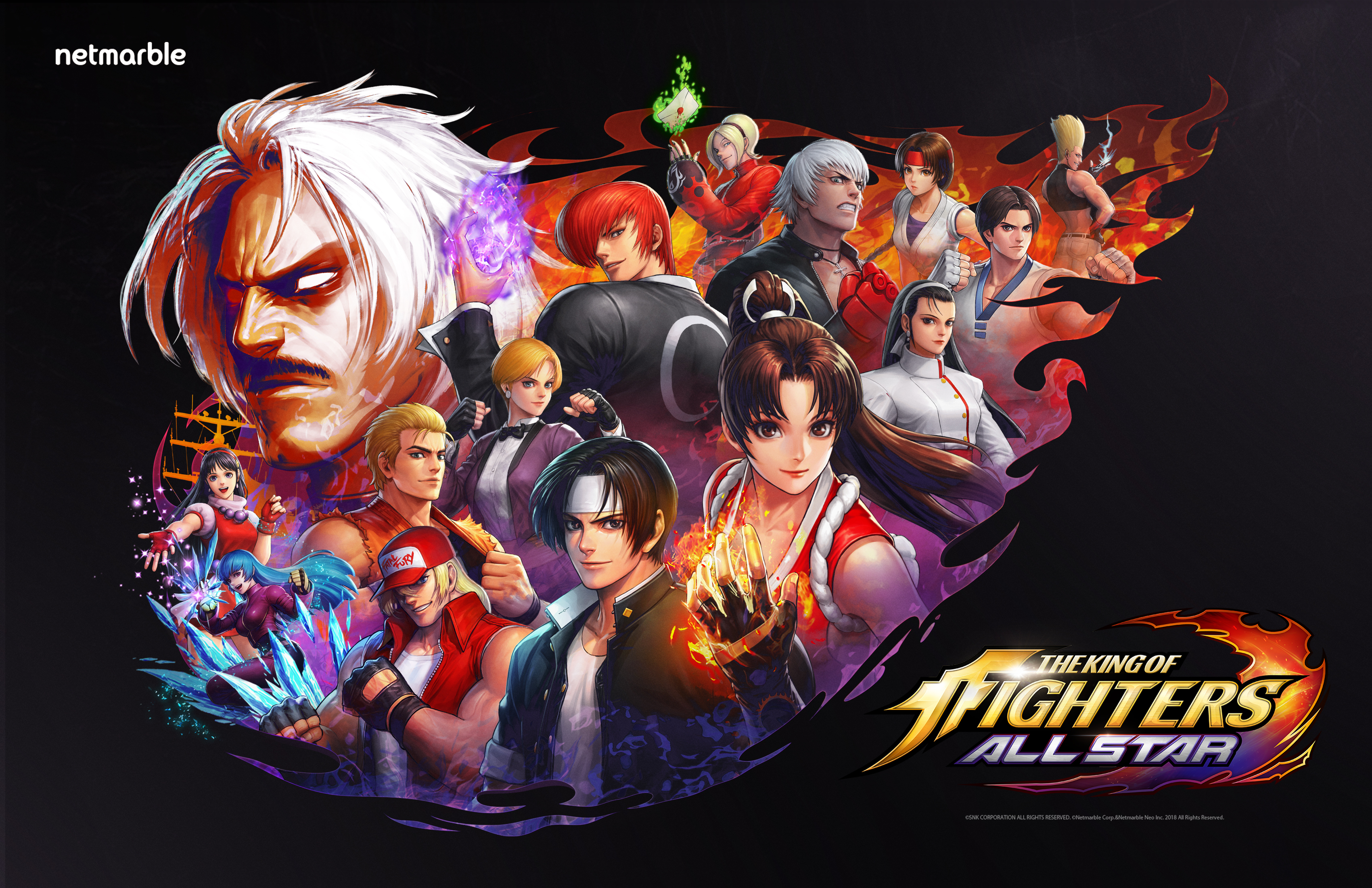 As a fan of SNK’s The King of Fighters, I jumped at the chance when Netmarble invited me to meet with them at E3 to check out an early build of the game.

While the game has been out in Korea and Japan for sometime now, I’ve only seen videos of the game and tbh I’ve been wanting to play it for sometime as it features some amazing character designs and overall looks fun. The biggest draw for longtime fans like myself is the fact the game features characters from every installment of the The King of Fighters from KoF 94′ to KoF XIV. 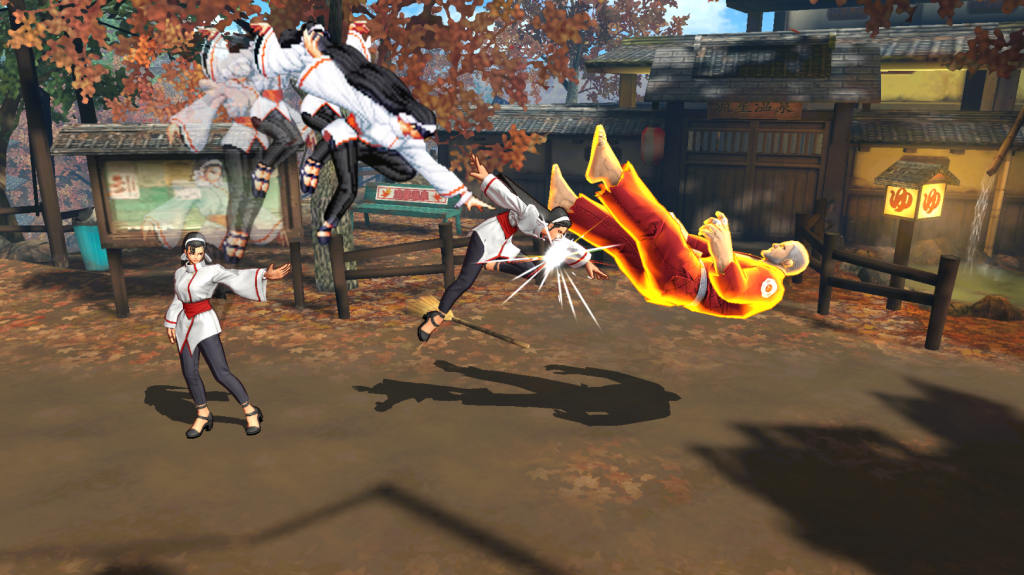 While the game is classified as an Action RPG, it feels more like a beat ’em up as you take down enemies that range from random enemies to other KoF fighters.

On the right edge of your device’s screen there are a few buttons you can press that do various things, on the top there are two slots for you to tag out to another member of your team, a striker character as well as a support character that aid you in battle. On the lower half you have an attack button, defend button, special buttons and your Desperation Moves (known as Finishing Skills in AllStar) and Climax DMs (Ultimate Skills) that unleash powerful attacks from the KoF games.

It took me a few moments to get used to the button layout but once I did it was pretty easy. The team I used for my playthrough was the Team Fatal Fury with Geese Howard as my Striker and Blue Mary as my support, it was quite fun to see that each character had their own unique combo attacks which fit their fighting style, it was actually quite satisfying to link various combo attacks to special attacks and finish off an opponent with a Climax DM which has a pretty cool cutscene animation. 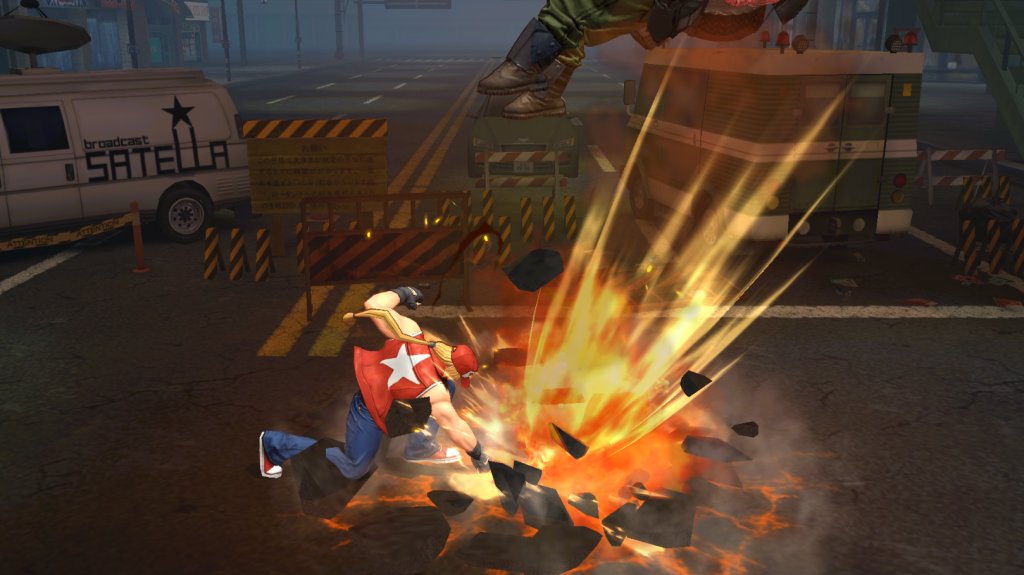 The game overall is quite fun especially for fans of the series and having a huge roster of characters (including some who haven’t been playable in years) letting you create your ultimate team consisting of characters you like has always been my favorite thing about the series and AllStars is not different. It won’t be only The King of Fighters characters either we will see as Netmarble mentioned that they plan on having crossovers and with Japan already getting Samurai Showdown characters and Ginatama I look forward to seeing if they will bring those over here.

Players can complete levels and participate in tournaments and challenges to unlock, upgrade, and evolve a large roster of over 50 fighters at launch.

Of course, as this is a free to play game you will have to earn characters as well as Ultimate Skills. Players can complete levels and participate in tournaments and challenges to unlock, upgrade, and evolve a large roster of over 50 fighters at launch. Luckily, the battle system is fun enough that you don’t mind grinding with various characters to unlock or earn points which I feel is very important. The King of Fighters: All Star is set to release later this year on iOS and Android devices so once I stay tuned as we will go more in-depth when the game is released!