At E3, Konami had a few surprises in store which included the Turbografx-16 Mini announcement, releasing the Contra Collection during E3 and last but not least, revealing that a new Contra game would be coming in September 26th for the PlayStation 4, Xbox One, Nintendo Switch and Steam. 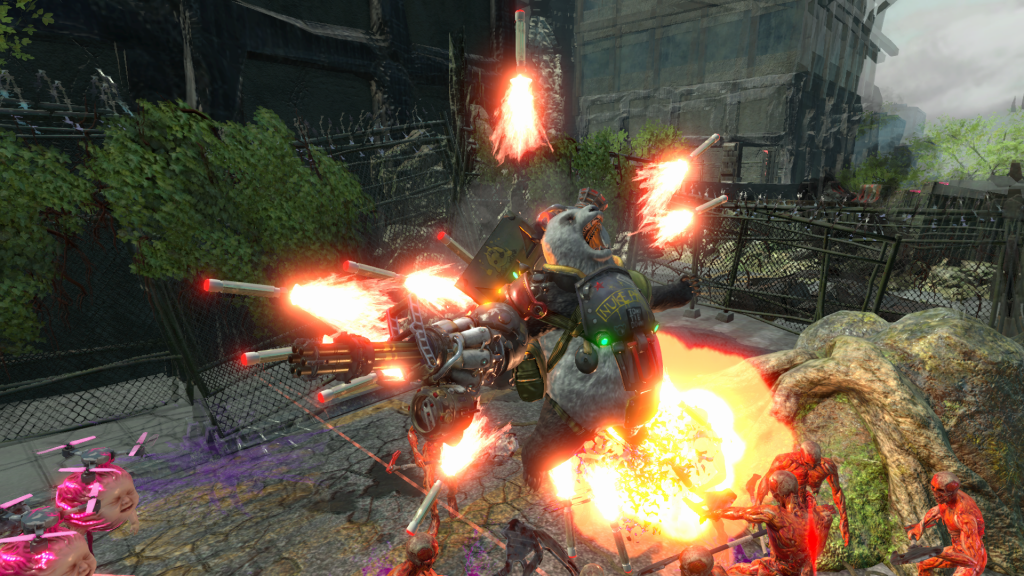 I stopped by Konami’s meeting room at E3 since I wanted to see how Contra: Rogue Corps played for myself, it’s a series I had a love-hate relationship as a kid with the original entry but as I got older I couldn’t help but love the challenge. When the game was first revealed, to be honest the trailer shown wasn’t very impressive when it came to the visuals, it looks like something that could have come out around last generation but how does it play?

Contra: Rogue Corps does away with the traditional 2D side-scrolling classic we all know and instead transforms into a 3D twin-stick shooter. It’s a drastic change, one that doesn’t make it feel anything like any of the 8 or 16-bit games that are held in high regard even to this day. There are quite a few familiar elements though you come across in the game as it was developed by veteran Contra series director and senior producer Nobuya Nakazato who worked on Contra III: The Alien Wars.

In terms of where Contra: Rogue Corps is set in the Contra timeline, it takes place a few years after the events of Contra III: The Alien Wars. Set in The Damned City, it’s a place where people go mad by just being inside it and where only the strong survive. To take down the enemies and complete missions you take control of one of four over the top characters which include Kaiser, a rebuilt cyborg who took part in the The Alien Wars; Ms. Harakiri, an assassin who survived by fusing with a parasitic alien which is attached to her stomach that tries to take control of her body; The Gentleman, a polite british alien bug; and Hungry Beast a cyborg Panda with the mind of a brilliant scientist.

As you can guess this game, doesn’t take itself very seriously. 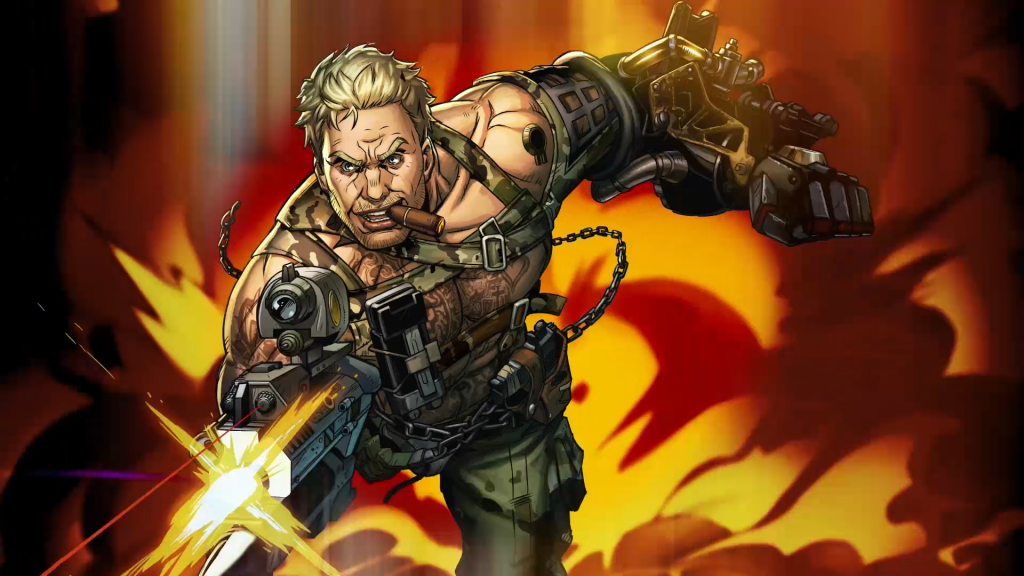 Visually the game feels a bit lacking, the character designs feel a bit flat especially when you compare it to the cutscenes which Konami reached out to various comic book artists.

Rogue Corps will also add an element of character progression as players will be able to upgrade and purchase new weapons, upgrade cybernetic parts in their body. You won’t have to worry about running out of ammo either as all weapons will have infinite ammo with the only thing you need to focus is on the heat meter. The more you use a weapon the more the heat meter raises and once it fills up you will have to wait for the weapon to cool off, to get around this you will need to swap between your main weapon and sub weapon, which is instant so you never really have to worry. In the case you find yourself overrun by enemies though, you can unleash a powerful ability or use a bomb to clear the screen.

Contra: Rogue Corps may not be the Contra we’ve wanted but it’s not a bad game at all either. It’s a game I had enjoyed playing but I think I’d have a lot more fun playing with friends and seeing who can take down the most enemies as a giant panda.