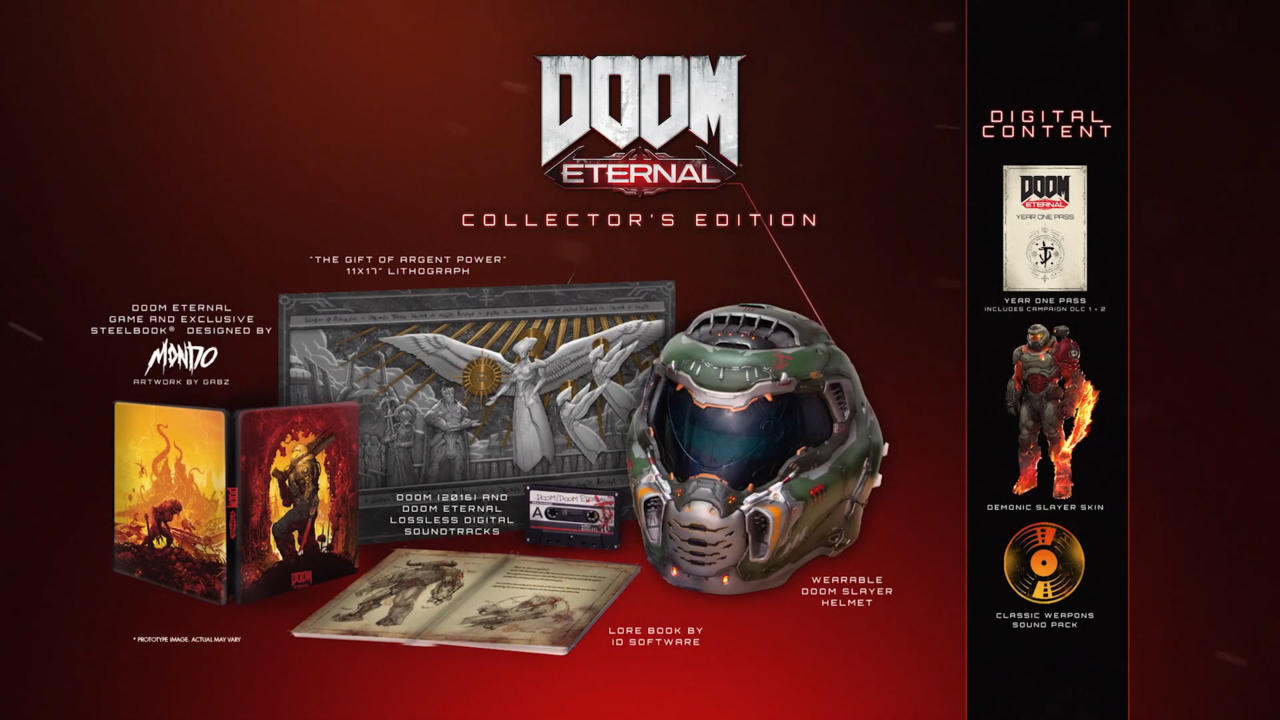 It has been three years since id Software released DOOM (2016) to the world, and fans have been waiting for a sequel ever since. Today along with a slice of new gameplay and a story trailer, Bethesda announced during their E3 briefing that DOOM Eternal would be releasing on November 22, 2019.

In addition to Mars, the demons have now invaded Earth, but the story is a little more complicated than that. Playing as the DoomSlayer, you will be traversing through Mars, Earth, Heaven, and Hell, battling all types of demons using an arsenal of weapons, tools, and your own brute strength. The game will launch on PS4, Pro, Xbox One, X, PC, and Nintendo Switch on November 22, 2019. Fans can pre-order the $199 Collector’s Edition, featuring a wearable DoomSlayer helmet!