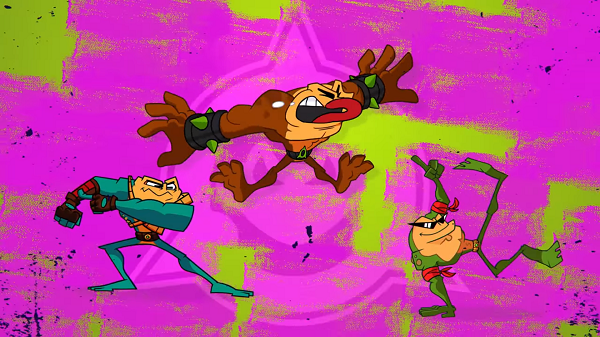 Last year, it was revealed that a new Battletoads game was in development, not by Rare but by developers Dlala Studios. Well, we finally get our first look at the game as a new trailer has been released showing off all the epic action that you can expect from the game.

While I am not the biggest fan of the look of the Battletoads, it doesn’t take away just how awesome the game looks which include three player couch co-op. Battletoads has never been an easy game so prepare to rage quite a bit as you take on this intense beat em’ up game where you will die a lot.