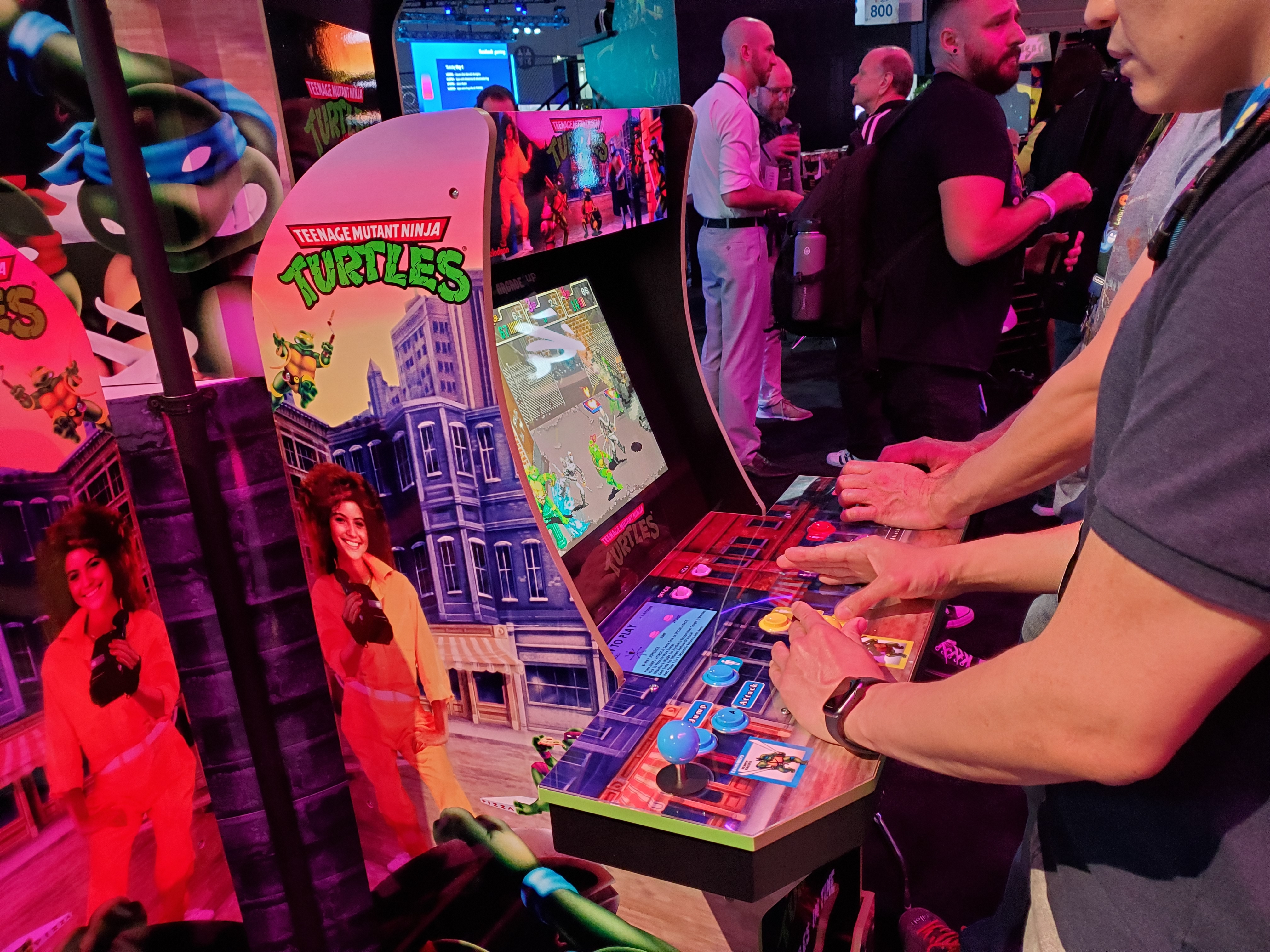 There’s nothing like the feel of playing on an arcade cabinet, growing up I spent a lot of my teenage years (and tons of quarters) at a local arcade just a few blocks away from home. Playing games like Samurai Showdown, Puzzle Bobble, Street Fighter II, Marvel vs Capcom against friends and strangers was very satisfying and had a completely different feel from playing a game at home.

Because of this I’ve always wanted to buy a few arcade cabinets featuring some of my favorite games but there’s a problem with that, I don’t have a lot of space to house a few cabinets nor I do have a ton of money to spend on them.

That’s where Arcade1UP comes in, last year, the company arrived on the scene with a variety of affordable reproduction arcade cabinets that featured some great classic titles including Street Fighter II, Galaga, Pac-Man and Rampage. Overall, the cabinets were well received which led to the company releasing new cabinets but at E3, we probably saw what could be the most exciting releases yet.

Probably one of the biggest surprise was Arcade1UP revealing that it will be releasing a 4-player reproduction arcade cabinet featuring Konami’s Teenage Mutant Ninja Turtles: The Arcade Game and Teenage Mutant Ninja Turtles: Turtles in Time. Both are excellent beat ’em ups, the original TMNT Arcade Game is a title I’ve wanted to own for sometime now but the cabinet alone can run almost $2,000 and is pretty massive so it requires a lot of space.

At $349, it might be a bit more expensive then other 1UP cabinets but what I really liked about the cabinet is the fact that Arcade1UP did a great job making it look like the original cabinet with all the artwork. It might be a bit tight if you are playing with four friends shoulder to shoulder but it’s a really cool option if you want to kick some shell. 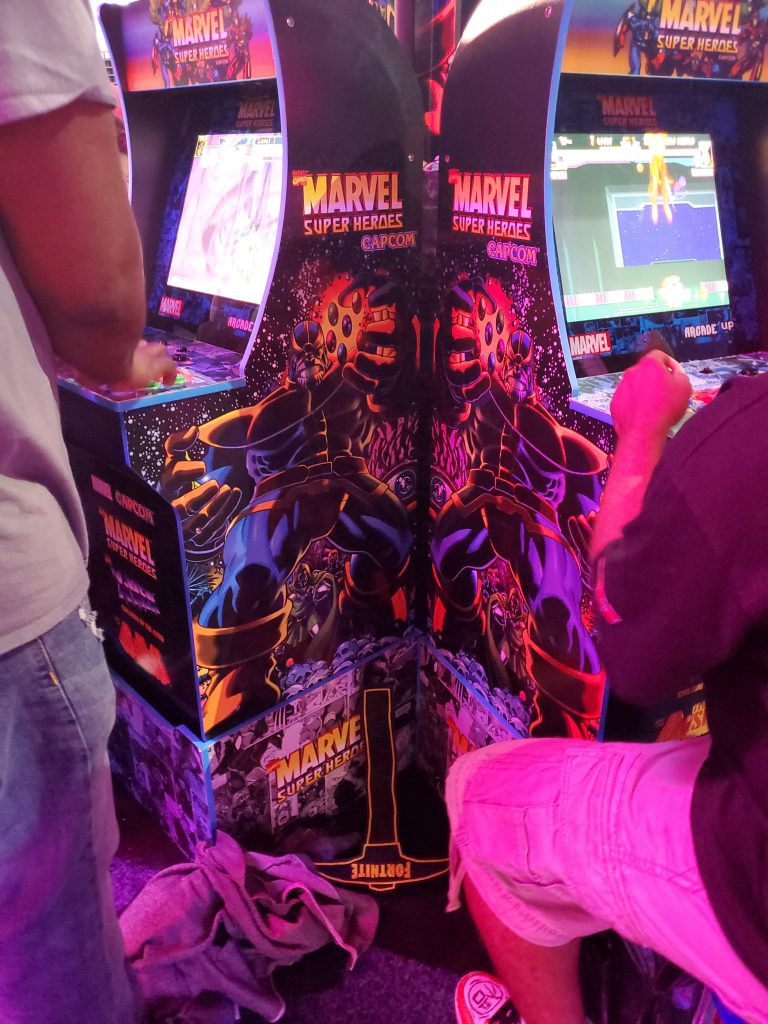 Arcade1UP’s next reveal was a two player cabinet featuring Marvel Super Heroes, X-Men: Children of the Atom, and The Punisher. Both Marvel Super Heroes and X-Men: Children of the Atom are both great additions but it’s interesting that instead of adding another Capcom fighting game like X-Men vs Street Fighter we get the arcade beat ’em up The Punisher. I’m not complaining though, The Punisher is a really good game and at $299, you can have a lot of fun.

I did notice that both cabinets showed at E3 featured different arcade controls compared to the originals, I was told that the company has listened to feedback and went with different buttons. They felt much better than the original but if you prefer something different, you can still easily swap out buttons and the joystick.

If arcade cabinets aren’t your thing, Arcade1UP also showed off two different cocktail arcade cabinets. It’s a really interesting idea, I’m used to playing games like Pac-Man or Galaga but going head to head on a a split-screen display in Street Fighter is something I never expected. These will be released later in the year and will run you $499 and will include either 12 Capcom titles or 8 Namco titles.