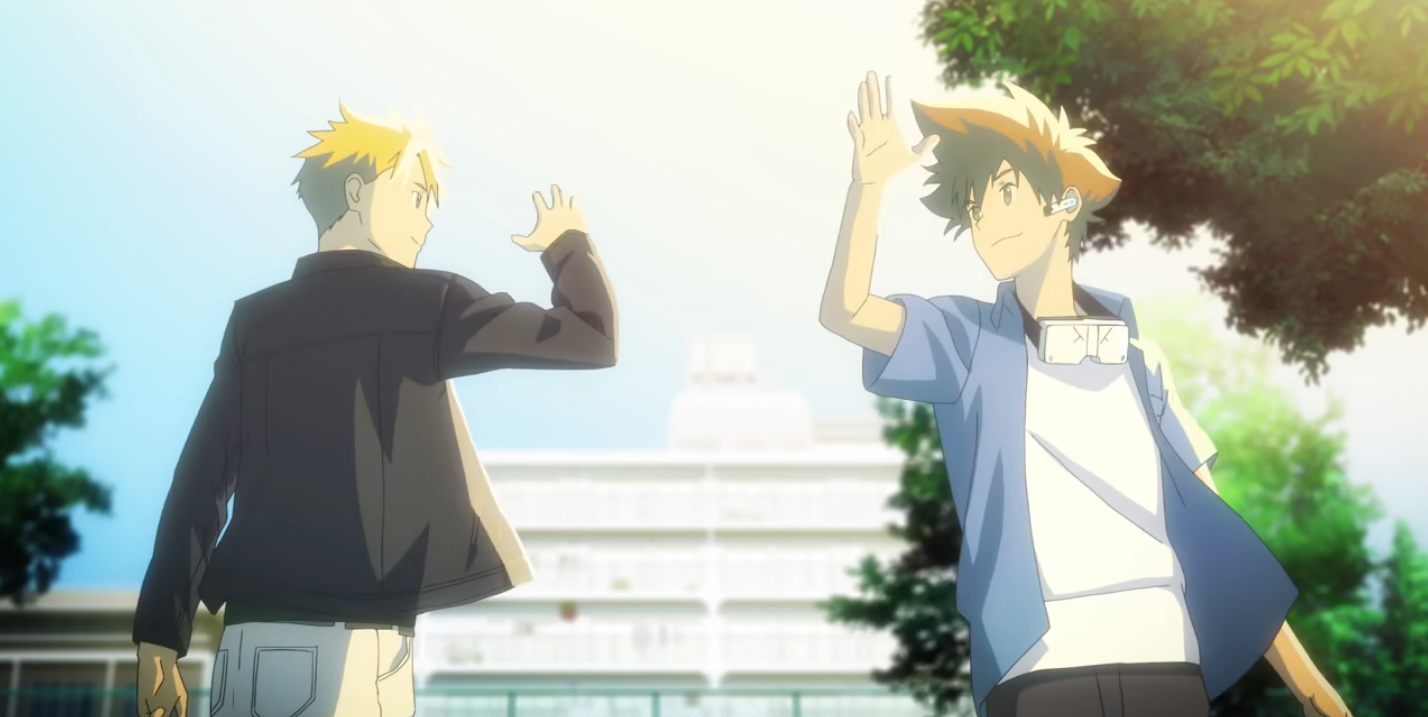 When I first heard about Digimon Adventure: Last Evolution Kizuna my mind immediately went back to my childhood obsession over the series. The original Digimon Adventure series was exceptionally amazing at building up this tangible whimsical experience that as a child enthralled and immersed my imagination which made it all the more surprising that they rebooted the original series in 2015 with Digimon Adventure tri.

With most of the tri series wrapping up you’d imagine that they would go all out with a proper finale film to tie together the adventures of Tai, Matt, TK, and the rest of the Digidestined.

What we got was a film that entertains an alternate scenario while seemingly recycling a few ideas from previous films.

This time around we see another story of a freak of digital nature Digimon being created to destroy in the form of Eosmon. Together the team works to take out the intense new Digimon but as the title would suggest a new force prevents Agumon and Gabumon from using their full potential.

The rest of the film is a bit of the same as we see each Digidestined sneak, spy, and investigate their way to the truth as to the origin of Eosmon and what they are truly capable of. This fear and constraint leads to an all out no holds barred final fight that leaves Tai and Matt making a decision that will affect their lives.

The moments in which Matt and Tai are left contemplating their time with Agumon and Gabumon make for some truly tear jerking stuff as the show bridges the gaps between those who have watched from the very beginning and stragglers that Digimon Adventure tri found during its run.

It’s just a shame that the typical Digimon movie formula is at fault in this situation as the latest big unstoppable Digimon is dispatched within 15 minutes of screentime making it in my eyes the be all end all of poor character development at the cost of truly amazing climax.

There Is An End

Digimon Adventure: Last Evolution Kizuna advertises and entertains the thought that Digimon are only tied to Digidestined as long as they possess a spark of hope that is often present in children. As a Digidestined gets older they soon begin to see a countdown in which their time with their partner is now finite. This betrays the original lore in which we are lucky enough to have experienced in which everyone gets to keep their partner while also having promising futures.

I personally am not a fan of this new idea but if the writers have an interesting destination that the ending of this film is leading up to then I would say that I am interested in the ride.

The movie pushes this idea at its core as Matt and Tai see themselves struggling to come to terms with the fact that they would soon lose Agumon and Gabumon after learning about this new information. The movie would then take a backseat to this information and all focus seemingly switches over to them rather than the larger issue at hand that is striking unsuspecting Digidestined all over the world.

It feels as though the writers are juggling so many characters and ideas that it seems to often get muddied together and watered down with each idea somewhat failing to hit the mark. By the time we get to THE moment in the film the payoff doesn’t pack as much of a punch as it should.

A lot of what I see in Last Evolution Kizuna seems to be a “greatest hits” of different events and steps that we’ve seen in previous Digimon films whether they’re an homage or not.

The DNA of this film feels entangled with ideas that fans have seen through countless movies and works whether it would be the cyber terrorist similarities between Eosmon and Keramon or the later worldwide attack that we’ve seen with Diaboromon. The film works to its strength and offers an enthralling pace but when it comes to character plots only two matter as the rest are essentially set pieces for the previously mentioned Matt and Tai arc.

The way in which the plot for Digimon: Last Evolution Kizuna unfolds is neither evolutionary nor is it creative enough to seem unique to the series itself. There was not much in the film that I haven’t seen before or thought would change the direction of the series other than the ending and even then I have a feeling that this is not the end of the story.

Would I say it was absolutely magical to hear Joshua Seth and friends reprise their roles once more? Absolutely. Does Digimon: Last Evolution Kizuna offer fans of the tri series a solid “ending” that truly lives up to the build up the series has been working on for years? Not really but it was worth it for one last digital adventure.