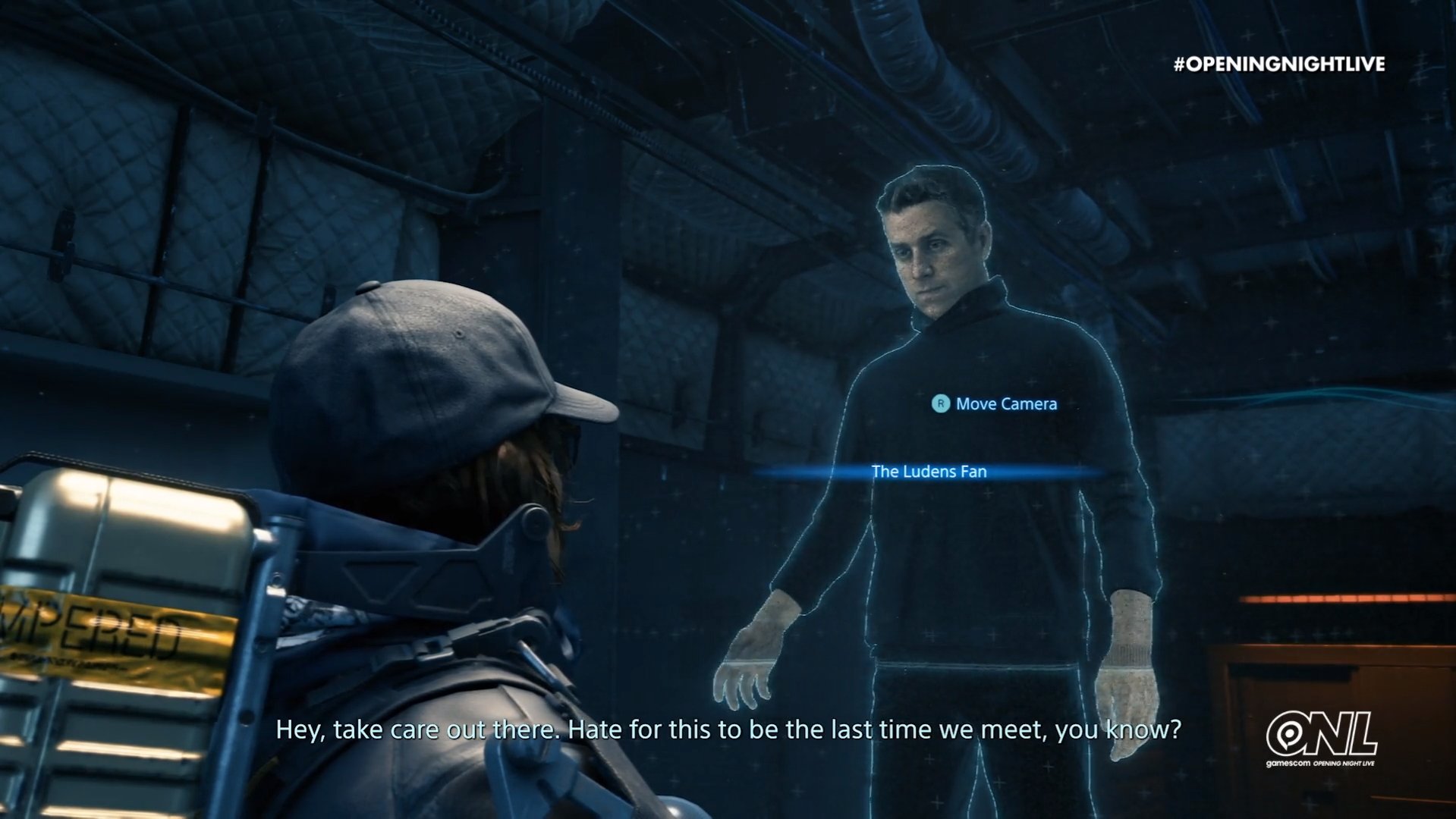 Death Stranding Gets More Details On Characters And Gameplay

During Gamescom 2020 in Germany Hideo Kojima and Geoff Keighley hit the stage for the opening night to show off some new trailers for the highly anticipated game Death Stranding.

At this point after years of keeping core features of the game in the dark Hideo Kojima has been generously dropping new pieces of information ahead of launch and this week in Germany has been no different.

The first piece of info was a character trailer showing off Mama(played by Margaret Qualley)as she interacts with Sam and explains that one of the BBs belongs to her, thus the name Mama. This particular trailer shows a strange fear Sam has for some BBs as previous trailers have shown the power of these pods can be used in the malicious ways.

The second trailer is when things get juicy. Sam starts having issues with his BB pod and requires help from Deadman(played by Guillermo Del Toro) and through that we get some of our first pieces of information regarding the BB pods. The BB pods are made to replicate the womb from whence they came and must be re-calibrated every so often to avoid malfunction.

The trailer also shows Sams sentimantal attachment beginning for the BB as he is saddened to hear that the lifespan for most of the BB pods are usually less than a year.

The final trailer is the meatiest of them all as it pertains to nothing but gameplay(and a surprise cameo). The first thing we see in the trailer is a rest function for Sam. There is no clue as to what the rest mode will do for his stats.

Speaking of stats, the man has a pee bar that must be drained as for all humans to function properly. Mr. Kojima then elaborated on this feature after the trailer by explaining that the camera will never pan towards you while you are peeing as Sam will become nervous and turn away immediately.

Sam then hears a voice in the distance and begins to scan the area for any nearby sources. He then finds his destination for a delivery and makes his way to the top of the hill using his extendable ladder. He then reaches his delivery stop only to find out that it is none other than Game Awards host and Kojimas friend Geoff Keighley.

Hideo Kojima mentioned during the stream that he will be presenting more of Death Stranding at Tokyo Game Show on September 11-15.

Death Stranding is coming exclusively to Playstation 4 on November 8th.