DC Fandome is a 24 hours free virtual convention brought to you by Warner Bros that will show off all things related to the future of DC.

Today the studio has revealed a list of 300 special guests that will be present at the event. Included are the cast of James Gunn’s The Suicide Squad, Gal Gadot, Robert Pattinson, Dwayne “The Rock” Johnson and much more. 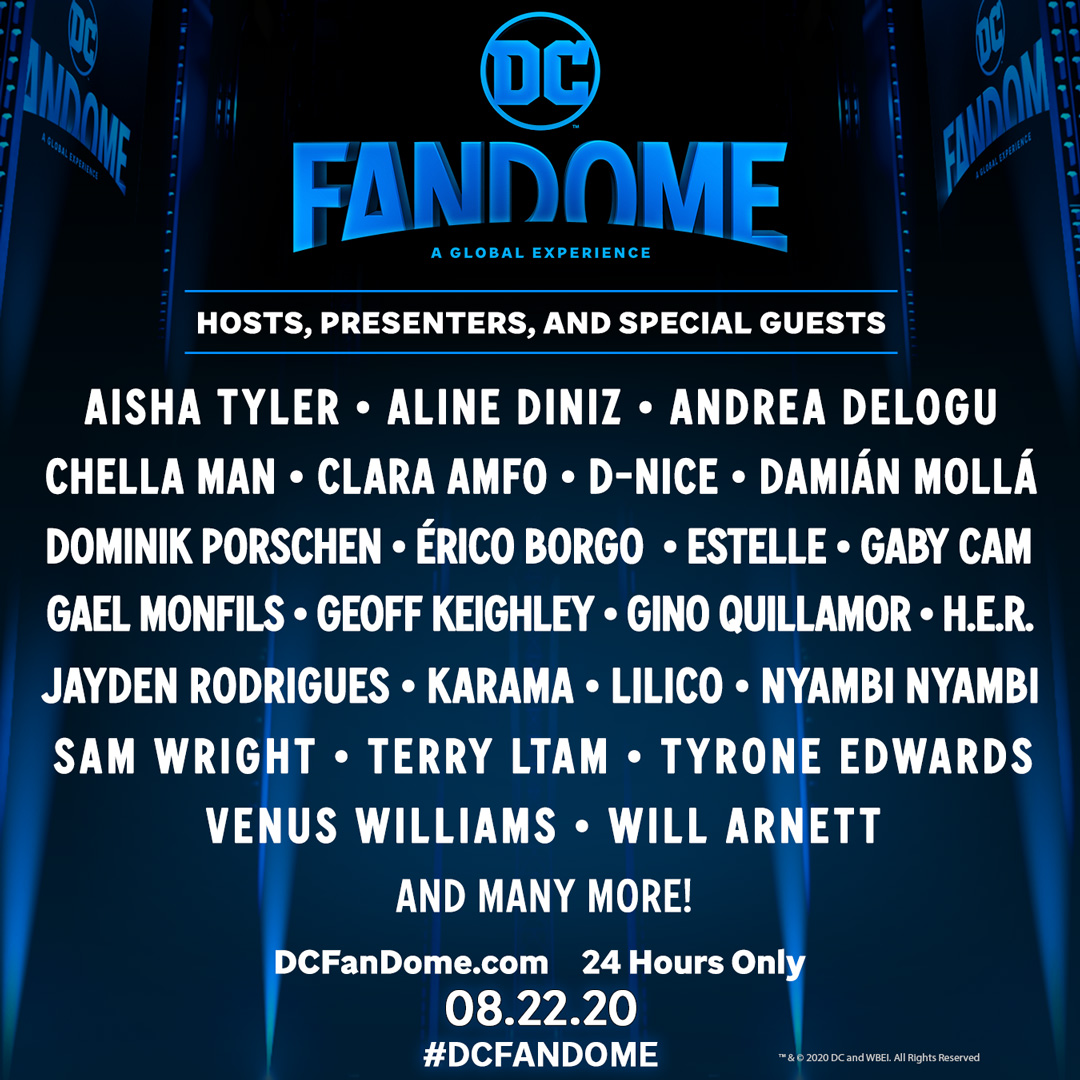 DC FanDome is an unprecedented 24-hour, truly immersive, global virtual fan experience on August 22nd with no lines, no badges and completely free to enter!

DC FanDome will feature over 100+ hours of programming celebrating the past, present and future DC content through panels, behind the scenes access, user generated experiences, big reveals and exclusives all within an immersive fan experience.

We celebrate Black nerd culture with the virtual Blerd & Boujee! House within WatchVerse at DC FanDome.

DC FanDome will be on Aug. 22 starting at 10am PDT and accessible globally at www.DCFanDome.com and www.DCKidsFanDome.com

As mentioned at in our initial announce, DC FanDome is made up of the Hall of Heroes and five islands, all filled with incredible DC content:

Hall of Heroes: The epicenter of the DC FanDome. Experience special programming and star-studded panels, and be the first to see all-new content from upcoming films, television series, games and more. Hall of Heroes is your entrée into a world tailored just for you, the fans — and it’s available in nine languages!

WatchVerse: In this highly immersive environment, you will find yourself transported to a busy street in the DC FanDome’s theater district. Explore the storefronts, alleys and rooftops — but definitely make sure to visit the four iconic theatres: the Monarch, Athena, Kandor, and McDuffie’s Dakota, featuring the Blerd & Boujee House with cosplay and fan art from artists all around the world. Take a seat and join our virtual audience for hours of must-see DC content from around the world. Whether it’s the latest panels, exclusive world premiere screenings or never-before-seen footage, there’s something for everyone to enjoy with the casts, creators and behind-the-scenes characters from the worlds of DC TV series, films, home entertainment, games and more!

YouVerse: Venture into DC YouVerse, where the FANS are the stars, to see the most amazing fan art, cosplay, and user-generated content from around the world — including, perhaps, your own! This is the Verse where fans are highlighted, honored and rewarded throughout the unique 24-hour DC FanDome experience.

Insiderverse: Go behind the scenes on the legendary Warner Bros. Studios lot with the master artisans who bring DC to life in all its forms — from comic books to games, TV, movies, theme parks, consumer products and more.

FunVerse: This is the perfect place to share your DC fandom! Explore every corner of this immersive and interactive space where you can access free digital comic books, shop exclusive products and collectibles, strike a pose at our selfie station, explore the Batcave, and many more awesome activities.

KidsVerse: Explore the Teen Titans tower, visit DC Super Hero Girls’ Sweet Justice Café, make your way to the Batcave, and see all your favorite animated heroes in this world made specially for kids of every age to celebrate, play and create. The DC KidsVerse is kid-friendly and safe, and all the fun can be found at our separate companion site DCKidsFanDome.com.