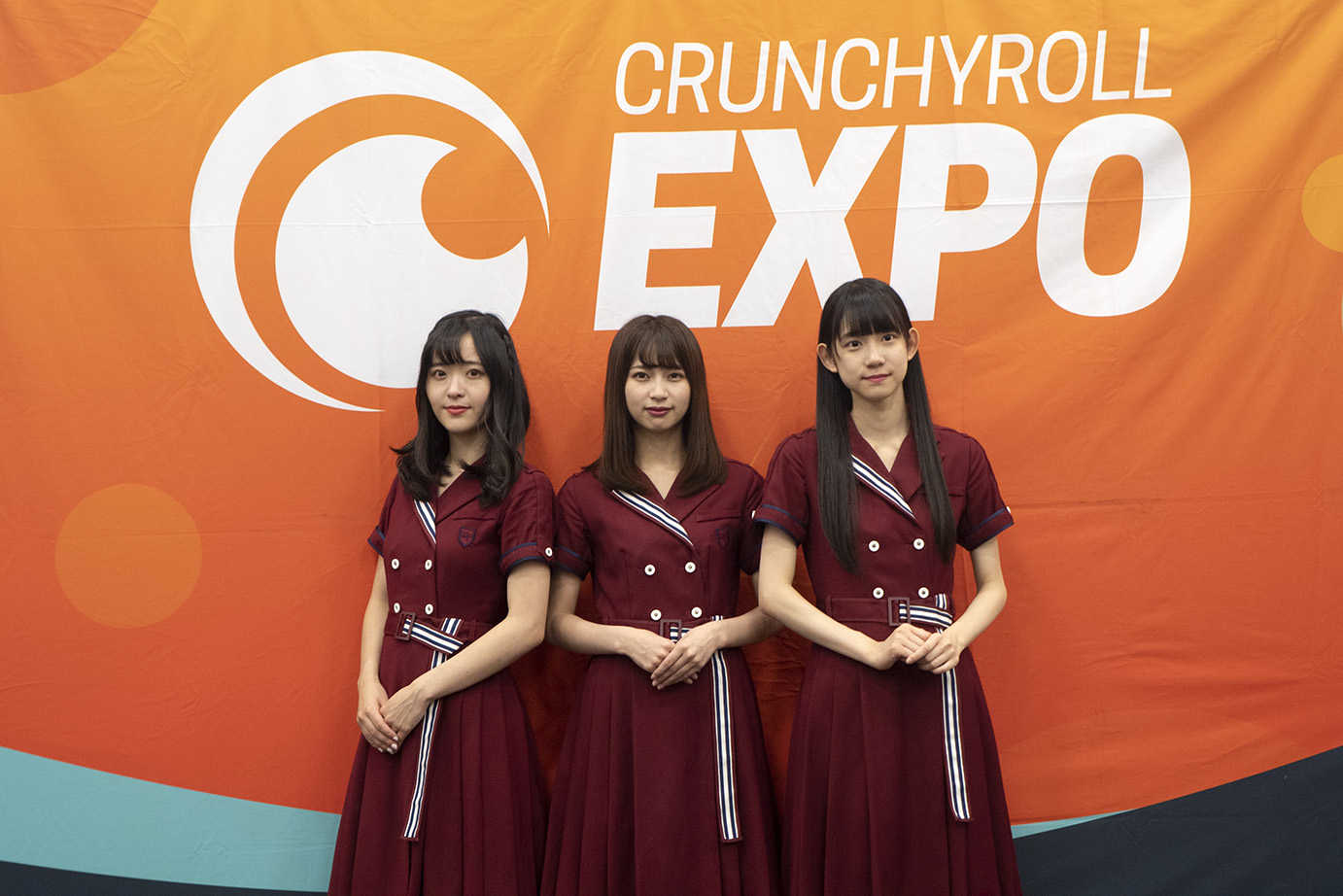 During Crunchyroll Expo, NTF and other news outlet had a chance to seat to new anime idol project 22/7! Produced by Yasushu Akimoto of AKB48 fame, 22/7 consists of 11 members who voice and perform as their own fictional characters. The members we had a chance to sit with were Sally Amaki, Ruri Umino, and Kanae Shirozawa.

GeekLife: Many of your fans love how sentimental your music is. Do you have any strong motivations for yourself when you’re performing?

Sally: I feel like the lyrics are very relatable and many people can connect to it. We’re a voice acting idol group so we take acting lessons too. Those acting lessons connects to how we perform. We have a meeting during every performance and discuss the lyrics and story. We’ll share what kind of stage we want it to be.

Ruri: We perform ours songs with the choreography and I start to perform I start resonating with the lyrics and get emotional to the point that I want to cry.

Kanae: Each person interprets the lyrics differently. Some interprets it as sad lyrics or as happy lyrics. It’s interesting to see the different interpretations and how different people resonate.

Sally: The character I play, Sakura Fujima, honestly the only part I’m similar to her is we’re both from Los Angeles and knows how to figure skate too. She’s a really bright girl and makes friend really easily while being 24/7 energetic, but I have a hard time making friends and talking to new people and I tend to be shy backstage in real life. So she’s like the complete opposite of me, but because I look up to her, during Keisanchu, our comedy TV show, through her I can live a different lifestyle.

Ruri: Like Sally said, we have a TV show called Keisanchu  and a lot of times there are no script so we have to perform the characters as we imagine how they would be. For my character, I think she’s a very energetic person, and she’ll say whatever comes to her mind. Not just during the show, we’ll sometimes channel the character in our daily life.

Kanae: For my character, Akane Maruyama, she’s well mannered, well postured. Even during my daily life, I’ll do similar things in order to connect more with the character.

The O-Network: When the project first started, livestreaming Virtual YouTubers was still a very new thing, what were your reactions that you would also be livestreaming and becoming virtual youtubers?

The group has done a lot of events, but the anime hasn’t aired yet. Now that it’s close to airing how do you feel about it?

Sally: From the very start, our group’s goal was to have an anime aired and it’s been three years because we formed in 2016. Ever since then we’ve really wanted our anime to air and now that it’s finally happening. A lot of people think that’s our end point, but really for us the anime is a new starting point so that more people will know who we are. As a voice acting idol group, I feel the anime is a turning point for the whole entire group so we’re really excited about that.

Kanae: The project is focused around characters, when we found out the characters we auditioned for are going to be animated we were very happy. There are a lot of idol anime, however we want to make sure 22/7 anime is as successful and doesn’t lose to other idol anime.

A-to-J Connection: Were you anime and idol fans before you joined 22/7? Who or what series inspires you?

Sally: I’ve always been a fan of Hello Project!, like Buono!, Berryz Koubou, and the 48 groups. The very first anime that got me into voice acting is Gintama. It really inspired me and it made me love anime in general. Maybe one day, I’d like to be like Gintoki.

Ruri: I love both anime and idols. I love the group SKE48. I love the series Inuyasha and the character Sango. And in Love Live, Maki Nishikino.

Honey’s Anime: Is it surreal seeing your character singing and dancing like an out-of-body experience?

Sally: I don’t look at my character as myself. I look at her like Sakura, my daughter. I want what’s best for her. In the music video, we wear motion capture suits, it captures your posture and everything. So if I’m slouching, Sakura would be slouching but I don’t want my daughter to do that so I would make sure I have good posture and practice the dance so fans will think Sakura’s good at dancing. It really is an out-of-body experience because whatever you do is on-screen. As an anime lover that’s really exciting.

Ruri: Whenever my character makes an appearance, i go “aww that’s my daughter! She’s so cute!” Because I’m also an idol fan, that’s my favorite on the stage. I’ll also listen to the voice. Do I sound like the character? I’ll often reflect on whether or not I’m portraying her right.

Kanae: I also feel the same about my character as a daughter like Ruri and Sally said. I never felt like the character on-screen is myself. Just a very cute daughter!

Thank you to Crunchyroll and Aniplex for providing this opportunity!