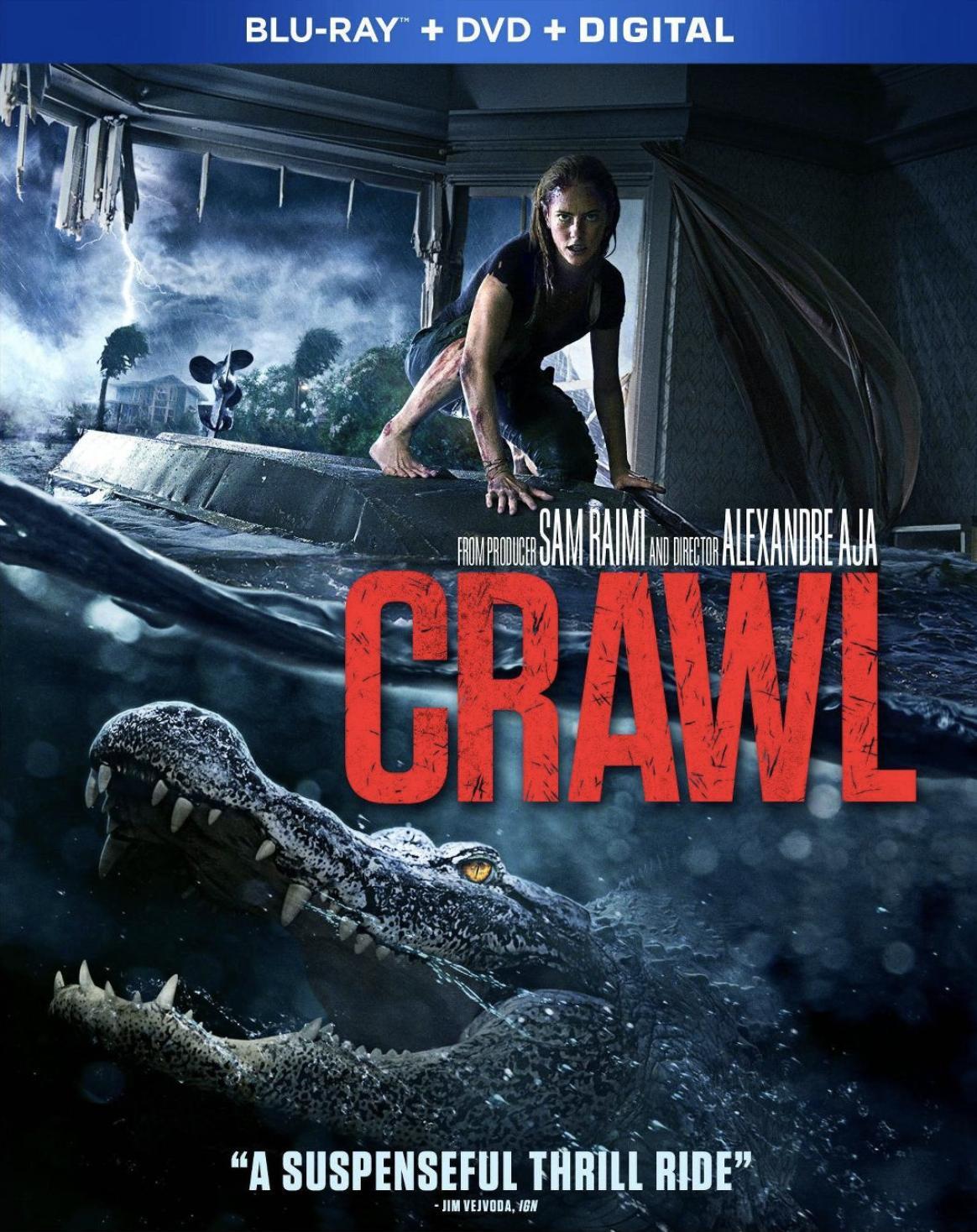 When a massive hurricane hits her Florida town, young Haley ignores the evacuation orders to search for her missing father, Dave. After finding him gravely injured in their family home, the two of them become trapped by the rapidly encroaching floodwaters. With the storm strengthening, Haley and Dave discover an even greater threat than the rising water level — a relentless attack from a pack of gigantic alligators.

I give the Crawl Blu-ray a B+.

I really enjoyed this film.  It was actually the film that officially started my month of Halloween and horror movies (who doesn’t like Halloween or Horror movies, right?).

This film was beautifully shot from the storm, the basement of the house, down to the alligators.  I was amazed to find out that the stormy sky was computer generated. Obviously they wouldn’t be filming during an actual hurricane but I was so drawn into the film that I was there in the hurricane with the actors avoiding Alligators. Even the alligators looked real and were terrifying.  It makes me think twice to come eye to eye with one.  Luckily in California, we don’t come across too many unless we visit a zoo.

This film was a wild ride from beginning to end.  It had me on the edge of my seat especially when Haley (Kaya Scodelario) had a few near misses with a HUGE Alligator.  Haley was the true definition of bravery and someone who does not give up.  She gave a good fight and prospered in the end.  Though she felt she wasn’t a good swimmer.  I’m sure she believes in herself now.

This Film provided a different take on the usual horror films with spirits, demons, and deranged killers.  It was actually more terrifying because it was an actual reptile and not something from a  story or an evil spirit.