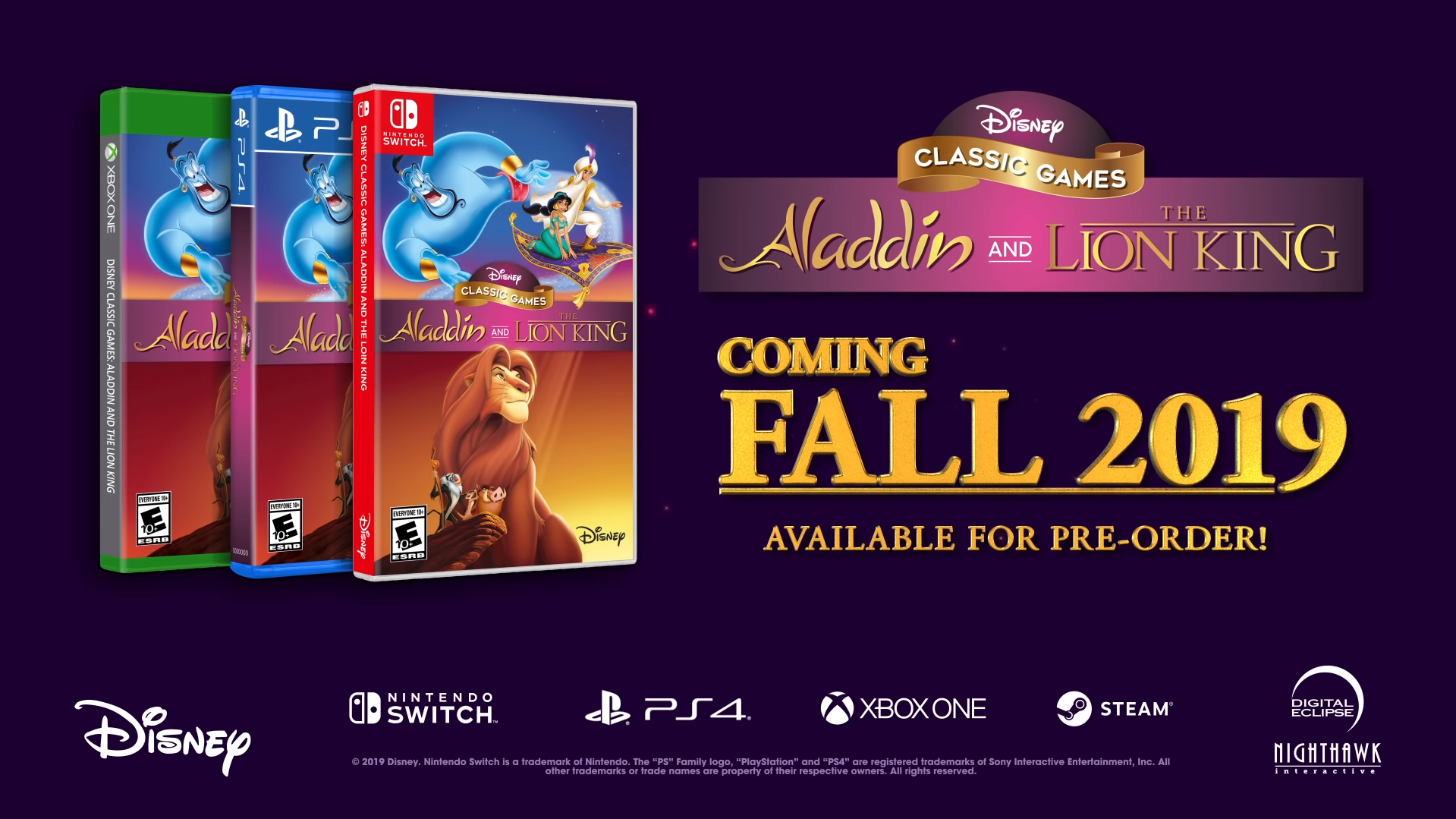 After it was leaked yesterday, today Disney officially revealed that their classic games Aladdin and The Lion King will be available on Nintendo Switch, PS4, Xbox One, and PC this Fall. Are these versions of the licensed games remastered? Not exactly. They are formatted for 1080p displays, but the graphics have barely been touched up on. Does that matter? Heck no, because you still get a slew of features such as a rewind ability, a watch mode that lets you skip to any part in the games, the 1993 Trade Show Demo of Aladdin, and a museum with behind-the-scenes footage.

That’s not even the best part, as you’ll have three versions of each game. The Lion King will have its Genesis, SNES, and GameBoy versions available to play, while Aladdin will have the Genesis, GameBoy, and Super GameBoy versions. All of these will cost $29.99 physically and digitally.