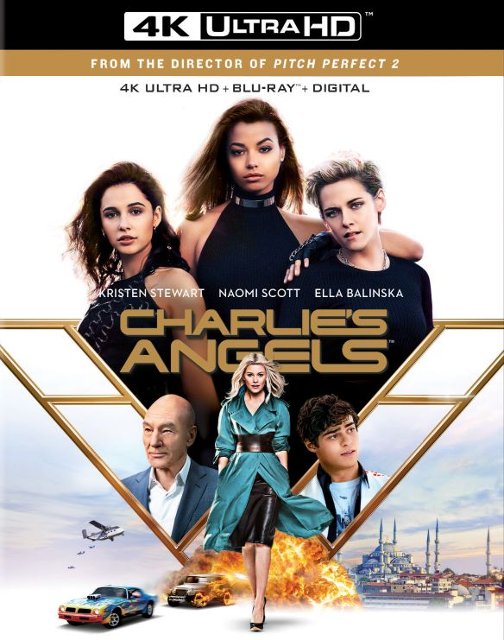 In Banks’ bold vision, Kristen Stewart, Naomi Scott, and Ella Balinska are working for the mysterious Charles Townsend, whose security and investigative agency has expanded internationally. With the world’s smartest, bravest, and most highly trained women all over the globe, there are now teams of Angels guided by multiple Bosleys taking on the toughest jobs everywhere.

I give the Charlie’s Angels Blu-ray a B.

In all honesty, this film is nothing like the original. Though you can’t technically compare it as the original was a TV Series in the 70s.  But with all films, nothing can beat the original.

This film will definitely have your attention.  It’s action-packed featuring incredible women that put their lives on the line to complete a mission.  I was surprised to see Patrick Stewart in the role as Bosley.  They even linked him as the Bosley from the original TV Series and Charlie’s Angels film prior to this one.  Though I don’t remember the original series too well, I felt that this film was pertinent to the times.