Like most wines the sweetest ones are made for those who wait for a long time and boy howdy did I wait for Catherine: Full Body. When I first played Catherine on Xbox 360 back in 2012 it opened my eyes to ATLUS and more importantly to a whole new way of exploring interactivity in a fictional game. With Catherine: Full Body I was completely blindsided by how different the game can be by adding just one new choice, Rin.

SEGA was more than nice enough to offer us a review copy and of course it went immediately towards my desk as this game is one of my absolute favorites.

Before I review Catherine: Full Body I’d rather like to recap what made the original special and unique.

When Catherine was first released back in 2011 it was praised for its unique mature themes. The story about a guy cheating on a girl in which he felt was backing him into marriage was such a different approach to other games at that time and complimented with a puzzle platforming game made this Catherine Classic truly unique in every way.

Catherine follows a man by the name of Vincent Brooks who feels trapped in his marriage with Katherine Mcbride who he has been in a relationship with for over 5 years. During one of his nights at the bar he runs into a very beautiful very mysterious woman coincidentally named Catherine and thus begins the descent into madness for poor Vincent. It is then revealed that several individuals are dying from the same nightmare that is plaguing those around Vincent including himself and the only way not to die is to climb the tower of blocks every night until you eventually wake up. 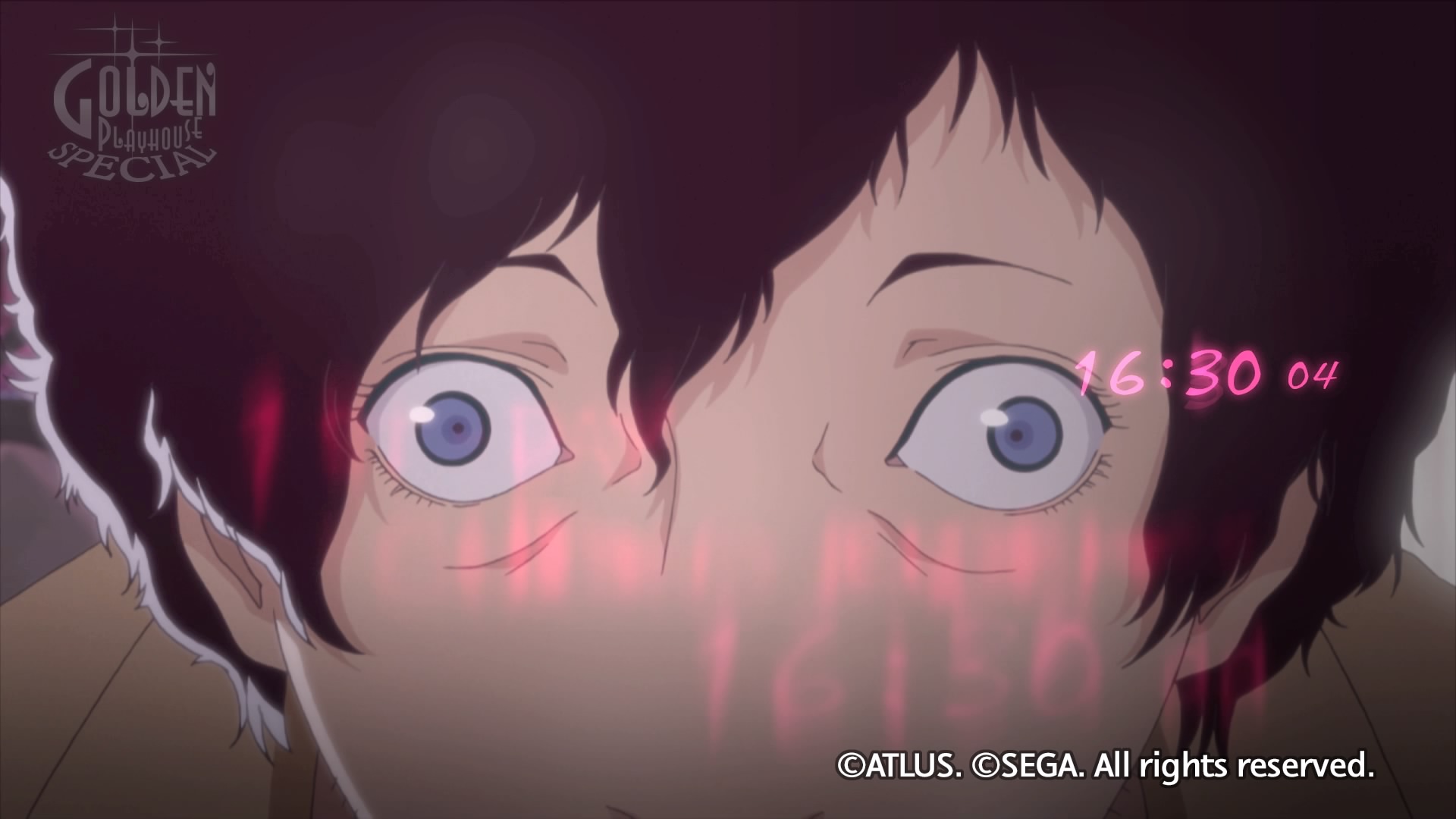 Players also control the entire outcome of the story by answering questions pertaining to relationships with the goal of helping Vincent choose between Catherine and Katherine. The farther you lean towards on the scale the more fond you will grow of said character. The text system in the game compliments this idea in the bar segments in the game as both will text you every night and it is up to the player to decide whether to ghost them or reply with something nice or something mean.

You get to decide how long you get to stay in the bar and the game rewards you right back with more opportunities at making moral decisions.

Players will also be rewarded for their interaction with either of the two with stuff like an old couple photo from Katherine or a spicy lewd image from Catherine. 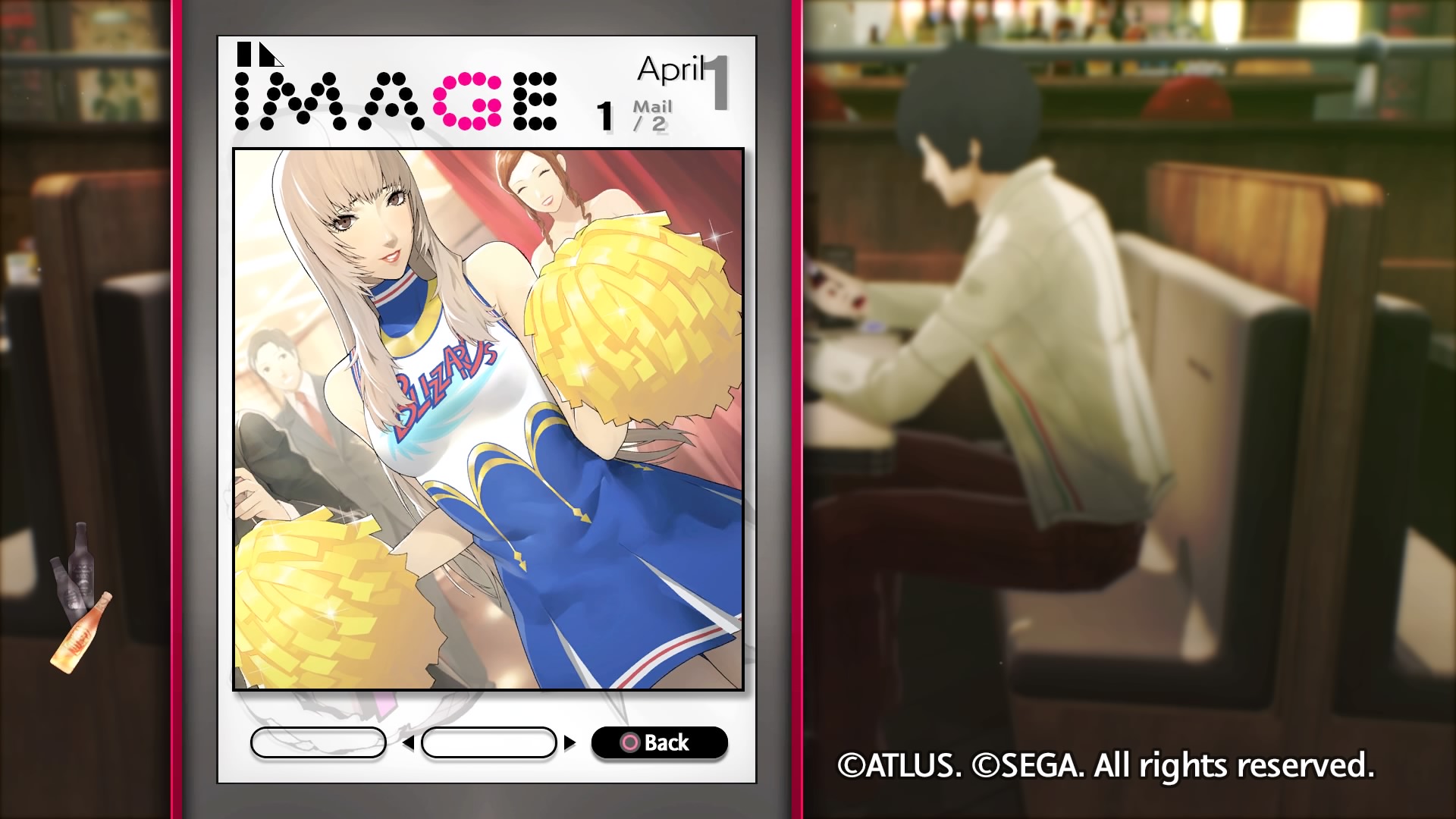 All pieces of this complex puzzle reach a perfect boiling point when all interactions, all challenges, and all situational problem solving eventually helps you reach one of eight endings. The game was absolutely packed to the brim with replayability as each playthrough offered more chances to explore the world with a different perspective and a newfound goal.

Back To The Present

For 7 years fans of the game have been wondering if they’d seen the last of Catherine and in June of 2018 their questions had been answered with the reveal of Catherine: Full Body.

3 Catherines For The Price Of One

Although Catherine: Full Body is not a direct sequel to the game it does keep the entire previous game intact with several new features including the new romantic choice for Vincent, Rin. The writing for this game tops the previous game in every way shape and form. Each character is given more cutscenes to shine in while making your choice of romantic partner that much more personal and difficult.

Each road you go down includes more conversations, more situational dialogue, more humor, and even more heatrbreaking cutscenes that will make you enjoy your visit to the Stray Sheep. The cast of characters in Full Body are essentially the same as the previous game but with the addition of Rin as a regular at the bar it brings an entirely new layer of topics to discuss between Vincent and his friends. 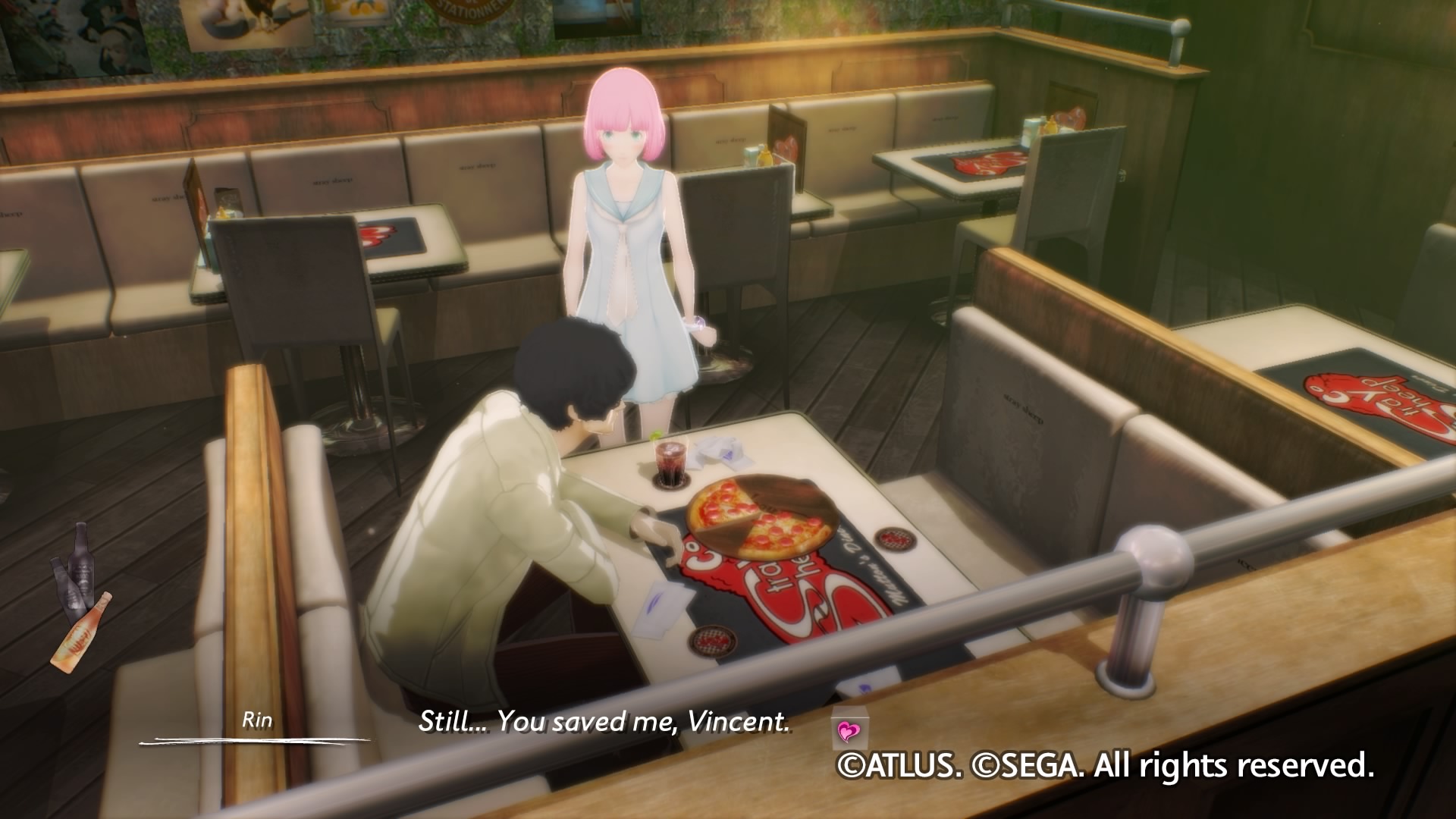 The one issue I would see with this game is more towards people possibly having the assumption that this title as too much anime plot and not enough gameplay and to a degree I will agree with that. This game is an incredibly slow plot heavy anime game and it never stops being a slow plot heavy anime game. The only thing I’d wish is for people to look at this title the same way that I looked at it in the same way 7 years ago and have an open mind.

Rin for the Win

Rin is an excellent addition to the cast as her story intertwines perfectly with the previous story while also changing the dynamic of the original love triangle. It’s not to say Rin doesn’t come with her own mess of problems and secrets. There are several pieces of information missing from Rin at first and Vincent slowly peels away at the mystery through this aged masterpiece.

What I found most interesting about the entire inclusion of Rin was the fact that it completely hijacks the original thought provoking nature of the moral of the story. Catherine Classic offers things to think about including cheating both physically and mentally as well as small topics such as time management and the depressive nature of a life unfulfilled. 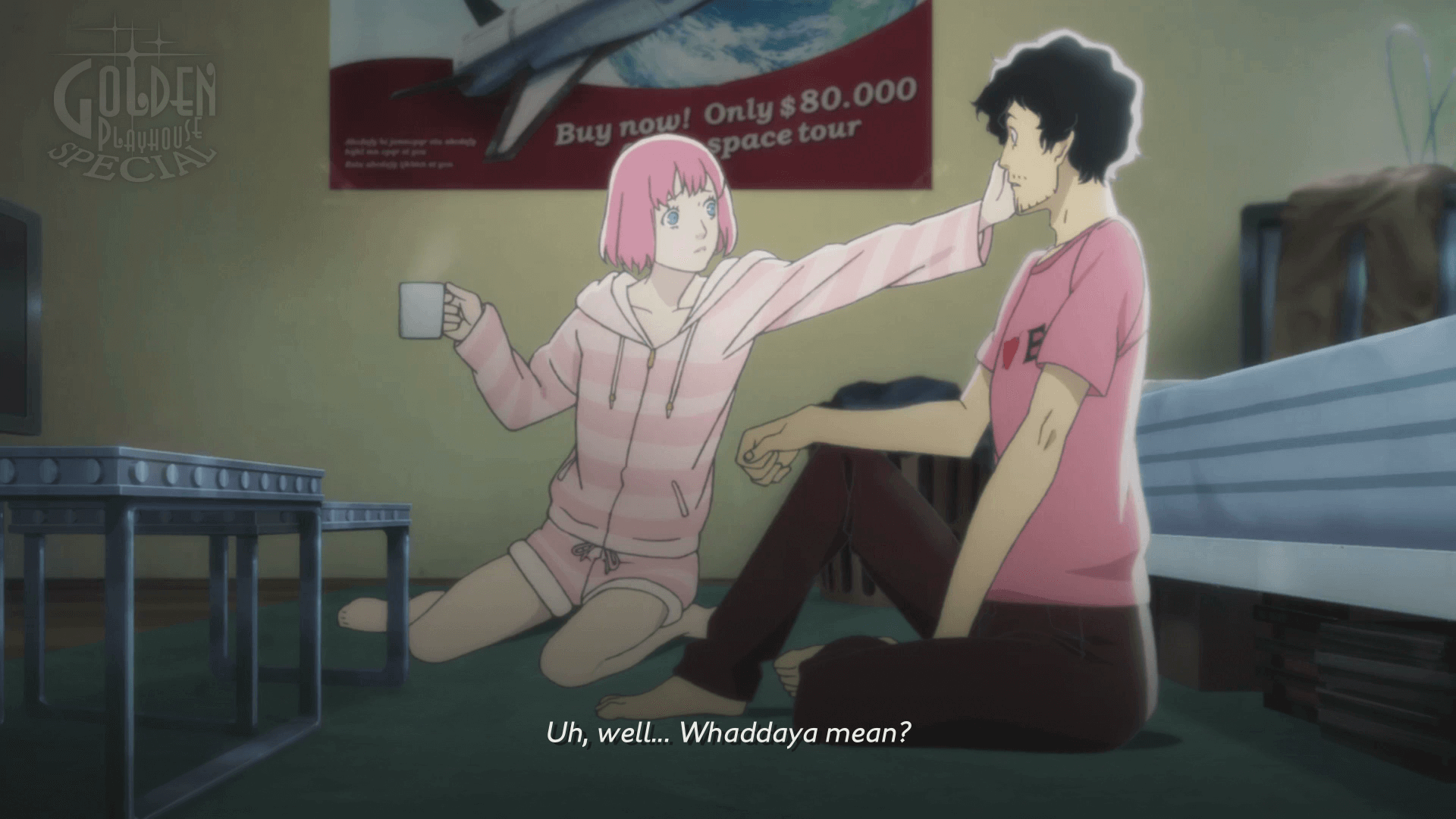 In Full Body the entire thought process gets overtaken by Rin and her insanely well made plot that eventually causes you to question the entire idea of love in such a progressive and unique way that it left me absolutely floored by the time I got to the end of her story.

It’s just an absolute shame where her character arc goes during the metaphorical “honeymoon phase” of the game. It reaches a point where the game felt like it was teaching me a valuable lesson only to take it away in a goofy obscene fashion for the sake of goofy obscene storytelling. It left me wishing for something more grounded and less over the top to preserve the exhausted emotional state I was in at that moment in time.

Included with this beautiful return to form is a new and improved soundtrack filled with new pieces and some jazzy remixes. One of my favorite remixes in the game is Also Sprach Brooks(Smooth Jazz Remix) which is the theme for The Stray Sheep.

Luckily the jukebox makes its return in the bar so that you can check out every song in the soundtrack yourself and delight your drinking buddies with music you found while escaping certain death in your nightmares. 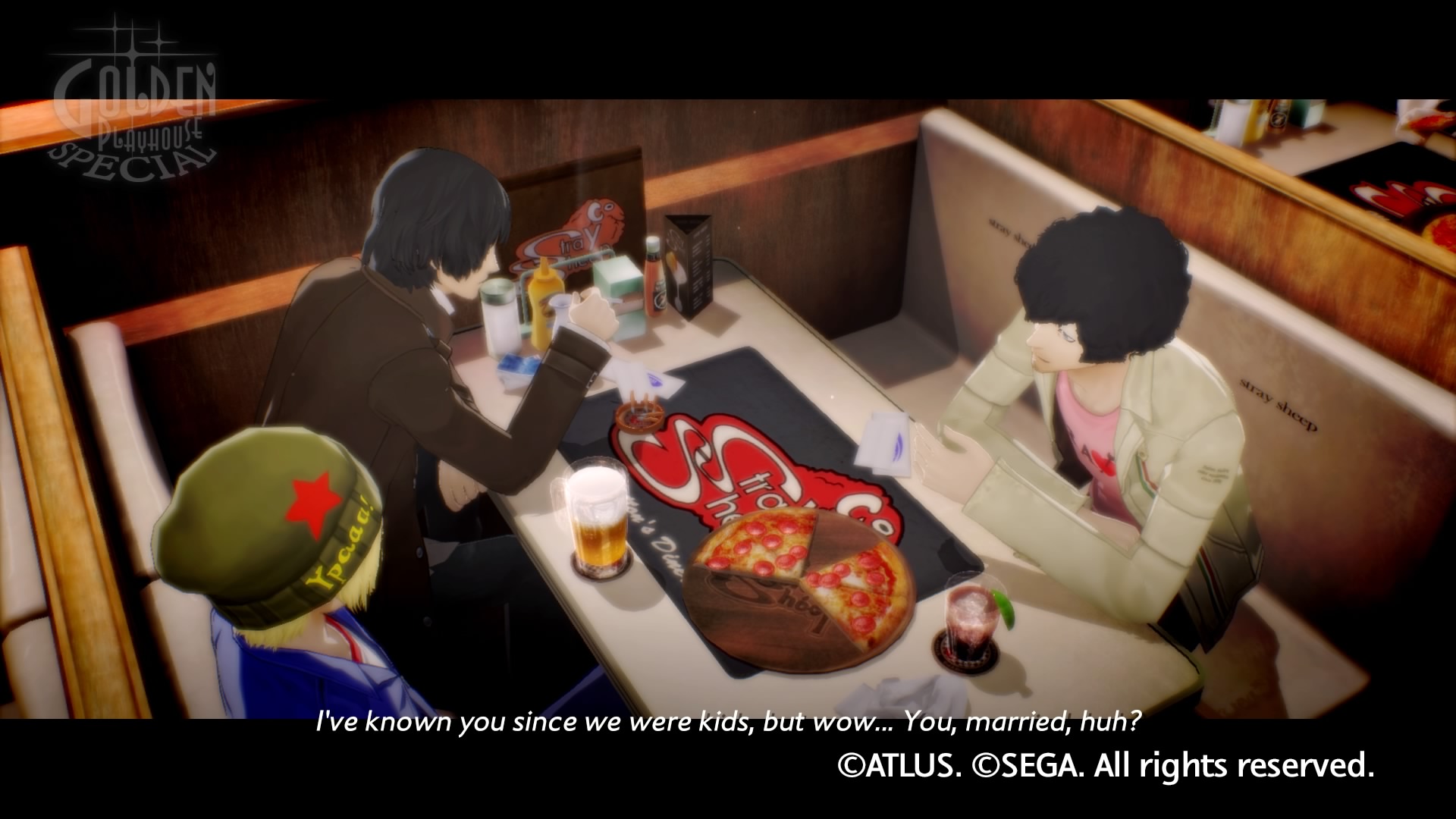 On my spare time other than coming up with terrible puns for headings I really like to try my best at puzzle games like Tetris, Dr. Mario, Catherine Classic, and others that require no skill to enter but offer a larger challenge as I progress. Catherine: Full Body offers multiple ways to play that can challenge even the more experienced of veterans of the tower. 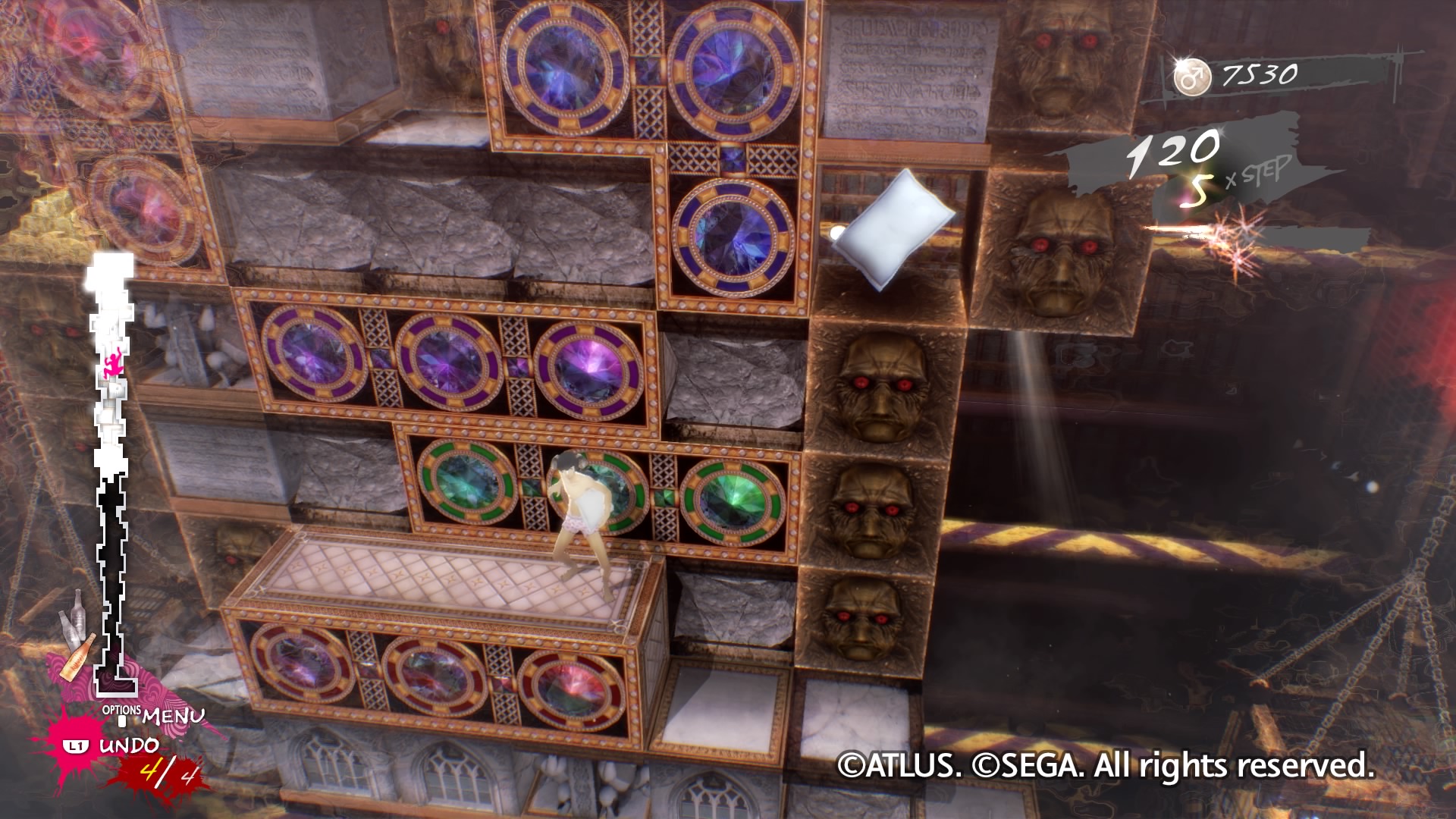 With my dozens of hours with both modes I have got to say ATLUS found a way to take the simple building block simplicity of the towers and push it to the next level with the addition of these new blocks. As a Catherine veteran I have a pretty solid memory of each level in classic mode but it was so enjoyable to not only find new paths in the story in Full Body but to be able to play the main story puzzles again on Remix mode with an entirely new approach.

Climbing Babel once more is one of the biggest challenges in any Catherine fans life. In Babel you get to tackle 4 areas that challenge even the strongest of wills. This mode challenges you to climb a set amount of blocks to reach the best time but with Full Body Babel offers  c0-op, personal records, and online Babel Rank to find who on Earth is the Babels mightiest champion. 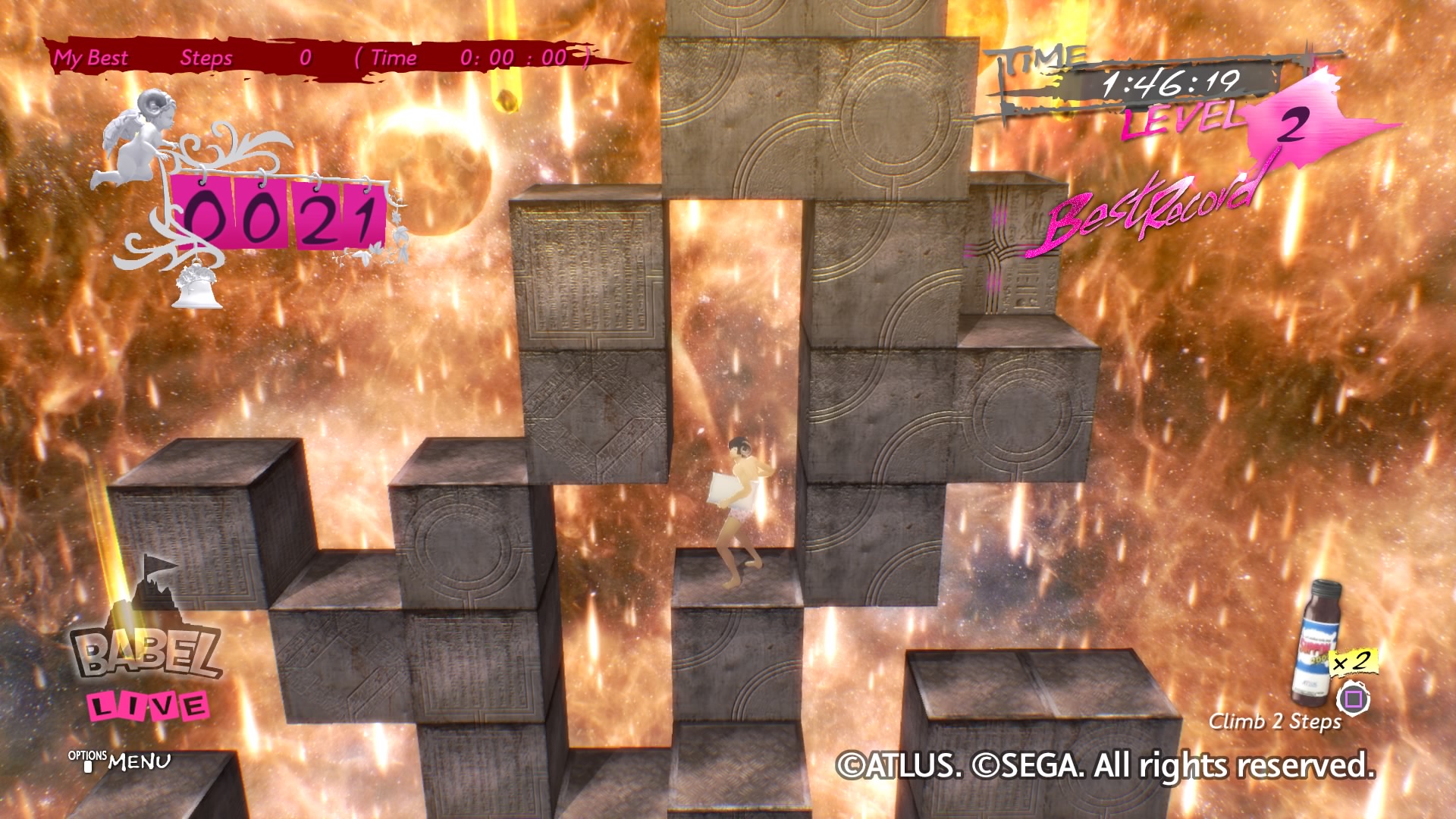 Speaking of finding the best in the world the team at ATLUS are quite aware of how competitive Babel players can be with so many tournaments held for it all over the world so we now have a much more refined Colosseum in which players can challenge eachother online to see who the king of the nightmare is. Full Body also includes a co-op mode in which you and a second player can tackle a stage together but be careful because this mode can and will strain friendships.

Catherine: Full Body raises the bar to what a proper previous generation upgrade should be. It is the rare example of how a developer can take a previous title and flip the entire game on its head while also preserving what made the game so great in the first place. The original is still there to enjoy but the game caters to almost every sort of fan while also looking out for those who have returned for a second taste. 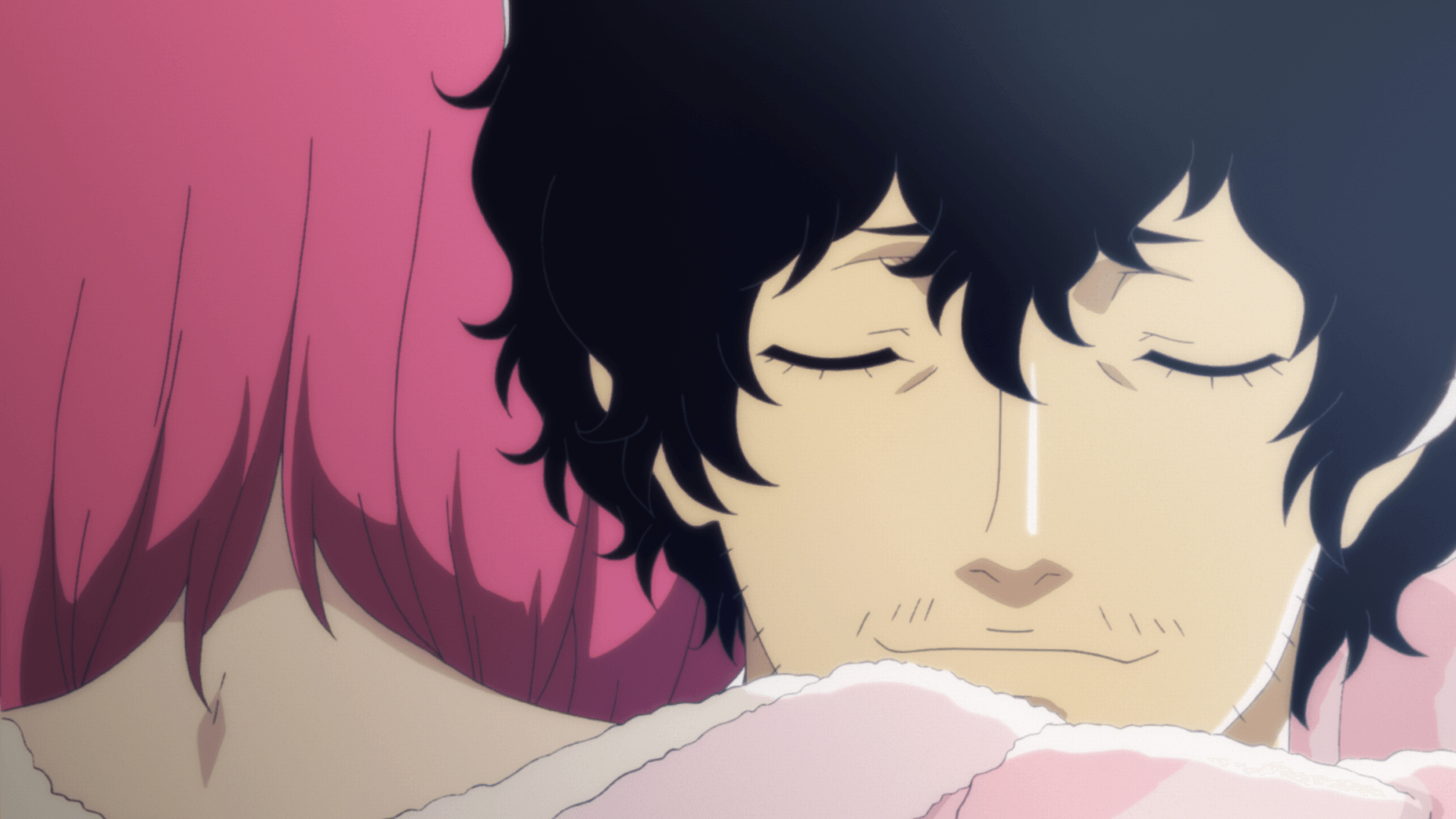 The addition of 2 new stray sheep to save is well welcomed, the addition of Remix mode adds an entirely new lease on life for veteran fans looking to experience this game fresh again, the addition to flashbacks scenes of Vincents high school years adds a whole new layer on the entire friendship dynamic between him and his friends, and co-op is everyone’s dream/nightmare to navigate through. The game never falters for experienced players as each cutscene is still a treat to watch, the story is still great, and some of the newer scenes have the ability to rip out your heart and replace it with a newfound appreciation and enlightenment for the underlying themes the game has to offer. They even added something as minute as simple bar trivia after you finish your alcoholic beverage during the Stray Sheep segments in the game.

Rin is the absolute best scenario for Full Body as she adds an entirely new complexion to this game once you fulfill the proper story requirements for her. The game continues to upgrade from here as it adds new story stages, new music, new gorgeous cutscenes, and even more small easter eggs to find making this an absolute win for not only Catherine fans but ATLUS fans in general as it paints a picture of how far the developers will go to bring a game back and breath new life into it almost flawlessly.

Although its a slower paced casual experience don’t be sheepish and sleep on Catherine: Full Body, that in it of itself is a nightmare of its own.