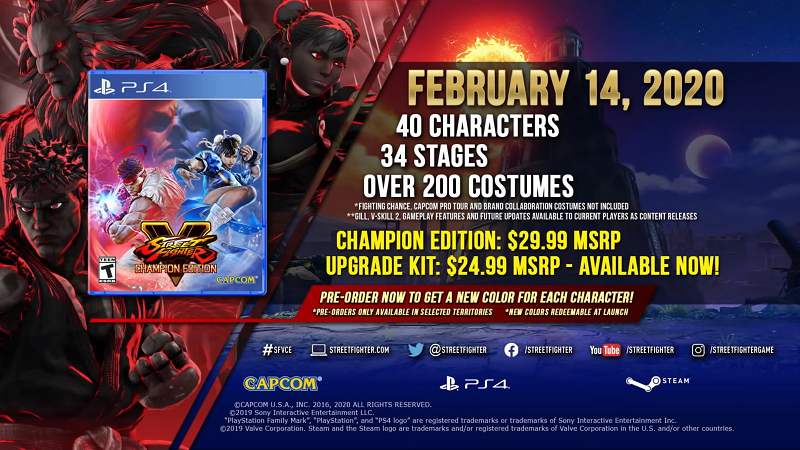 Last year, Capcom released a much needed update to Street Fighter V in the form of Street Fighter V: Arcade Edition which added quite a few elements making the game a lot more enjoyable than when it first released in 2016.

Following the finals of today’s North American Regional Finals 2019, Yoshinori Ono appeared on stage with two announcements. The first was a new character trailer introducing the next DLC character being added to the game Gil.

If you aren’t familiar with Gil, he was the final boss in all three versions of Street Fighter III, (Street Fighter III: The New Challengers, Street Fighter III: Double Impact and Street Fighter III: Third Strike) and is easily one of the most annoying and cheapest bosses in the series. This was because of his powerful attacks that could stun you after a few hits and his ability to resurrect once defeated if he had a full special bar, if you didn’t hit him the moment the animation started he could regain his life bar in full.

Gil’s inclusion is a bit of a surprise but not a big one seeing the inclusion of Kolin and Urien. He has an interesting variety of attacks making use of his Pyrokinesis and Cryokinesis abilities.

Gil wasn’t the only surprise either as Ono introduced a second trailer which unveiled a new update coming for Street Fighter V known as Street Fighter V: Champion Edition. Champion Edition will feature more than 200 costumes (minus any CPT exclusive items), 34 stages and adds a new element to the game with the addition of a second V-Skill for characters to select.

A physical version of Street Fighter V: Champion Edition will be released on February 14, 2020 for $29.99 but you can also purchase the upgrade kit right now for $24.99 and you will get access to all the upgrades minus Gil now, with Gil set to be released next month.