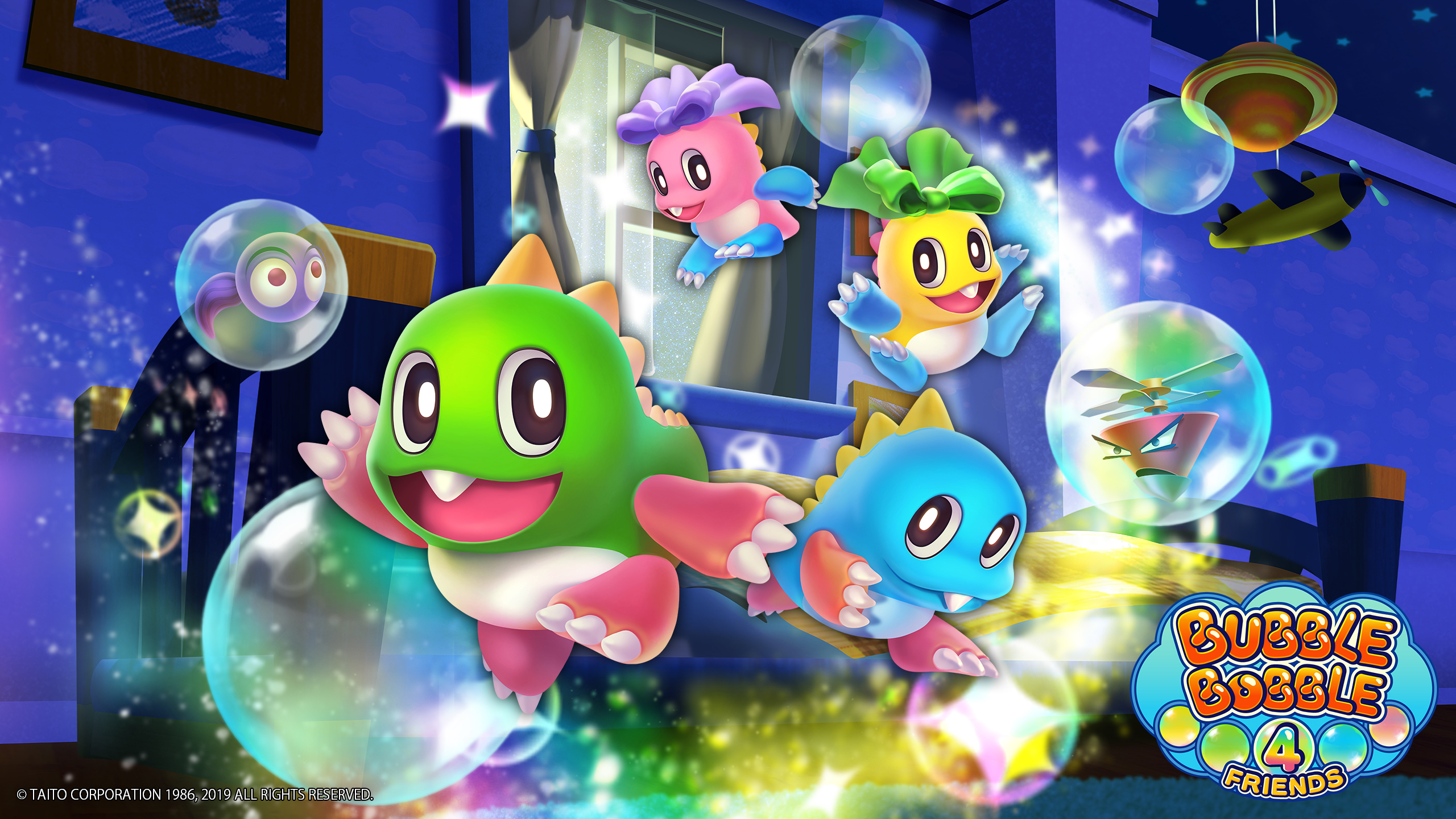 A classic arcade hit is returning for its first major sequel in 10 years with Bubble Bobble 4 Friends for the Nintendo Switch. Already released in Europe and Japan, BB4F is coming to North America on March 31st and will include the original acrade title from 1986.

Bubble Bobble 4 Friends will be popping back onto Nintendo Switch on March 31st.