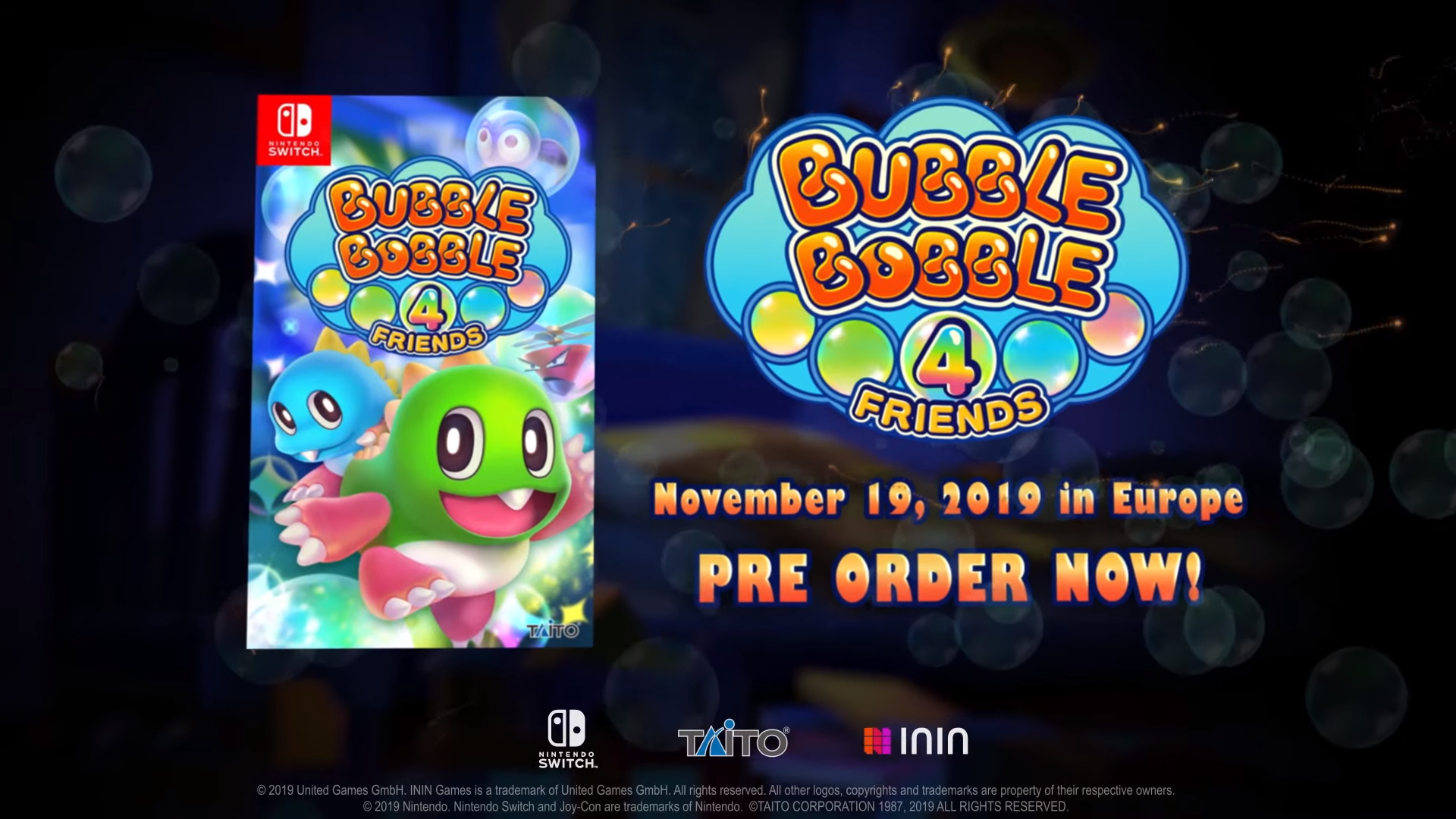 This sequel contains new 2.5D graphics as well as a new four-player mode for fans of the original puzzle platformer. Bubble Bobble 4 Friends will be released digitally and physically on November 19 in Europe and Q1 2020 in North America.