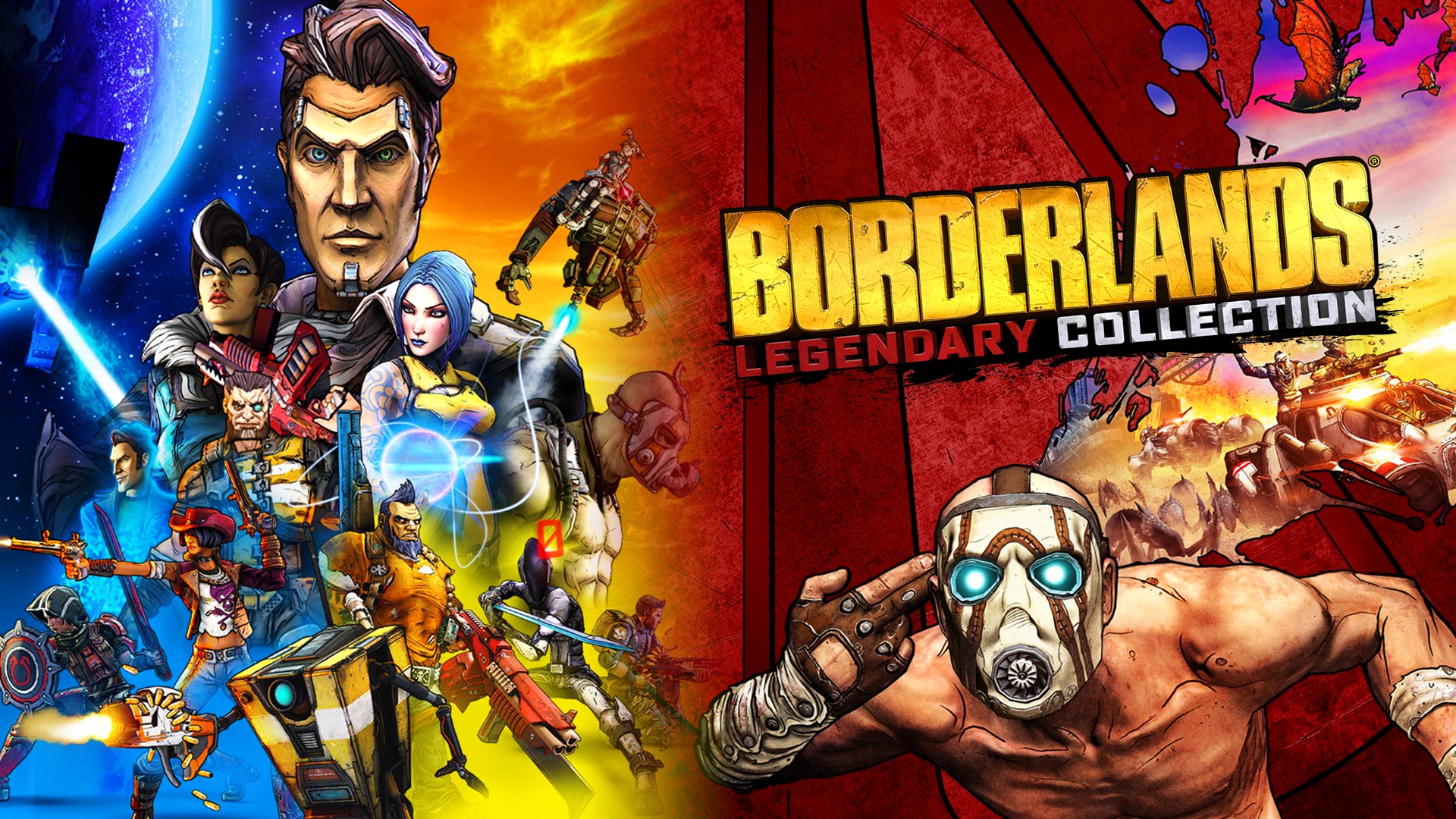 It’s odd to think that the Borderlands series is over 10 years old at this point and even then the fanbase is continuing to grow. With the first title being released in 2009 and with the latest installment released back in 2019 the list of nominations and awards grow as well. With so many successful titles come Skyrim level ports and Borderlands is no stranger to porting. Spanning multiple generations including PS3, Xbox 360, Linux, PC, MAC, Vita, Stadia, Xbox One, and PS4 we were bound to see it finally come to the Nintendo ecosystem.

Not only is Borderlands Legendary Collection such a fun experience on the Nintendo Switch, it is also incredibly optimized with nearly zero hiccups and incredibly fast load times at the cost of some sweet sweet memory space.

For those unfamiliar with the series I will try my best to give you a tl;dr version of the series before jumping into the goods.

Borderlands is a first person shooter with an emphasis on looting, like, a lot of it. Considered one of the pinnacles of the sub genre, you grind your way to the top of the world while staying diligent with your skill tree, inventory, and many more assets that will help you get one step closer to the vault. 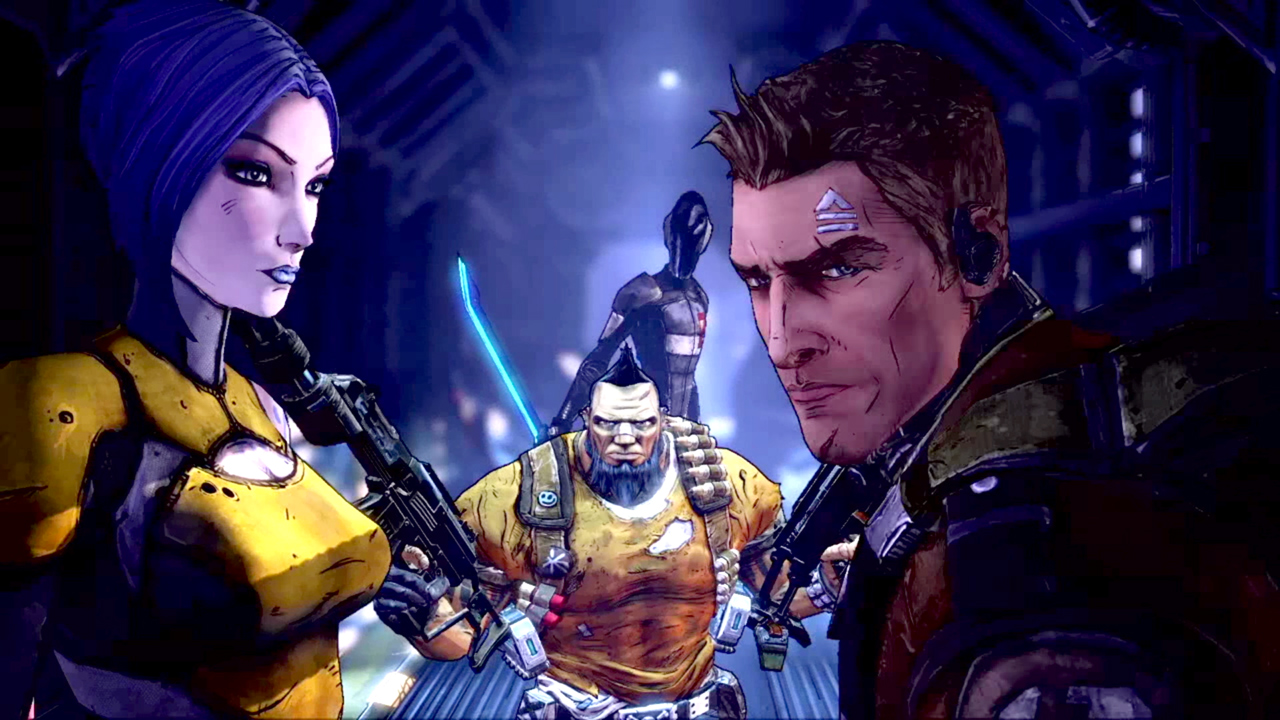 Each of these three games have their own unique story but the universe is overarching with a plethora of characters that return to each installment. As you would assume the first Borderlands is very beta compared to 2 and Pre-Sequel and almost feels like a blank page compared to the massive update that its sequels bring to the writing.

The writing is a mix of cheesy cyberpunk action dialogue sprinkled with dorky comedy meant to let the air out of the situation. A lot of the jokes land depending on your taste for awkward, goofy, edgy, and sometimes dark humor but it makes each character fit into an otherwise sad and desolate world with ease. The farther you go in the game the deeper the appreciation for Pandora(and space) especially after playing Borderlands 2 and Pre-Sequel. The planet Pandora is like a fine wine it only got better with age.

Each main character set is different depending on the title and each one of them offers a unique and defining personality trait that makes you grow to love them throughout your visit on Pandora. Through this adventure not only do you bond with your character you find an affinity for this chaotically crafted universe as well.

This review will be focusing on the performance and abilities of the games switch to Nintendo consoles.

At first glance at the physical edition you’ll notice that there is a big fat notice on the bottom of the case that mentions that “download and microsd are required” that is because the cartridge only includes the first game. The entire package digitally is 47 gigabytes which is very large for a Nintendo Switch game. I’m personally not a fan of games that offer that sort of notice but understand why. I would suggest purchasing it digitally and installing and uninstalling the title as needed to optimize memory allocation.

Upon startup you will notice how optimized it is. In less than a 5 seconds you are booted into the title sequence and within a minute you drop into Pandora. Perhaps it’s because Borderlands 2 is no stranger to portable consoles but I feel like 2 has become the most polished of the 3 games as each area is loaded in with ease with no real graphical downgrade to meet the hardwares demand. 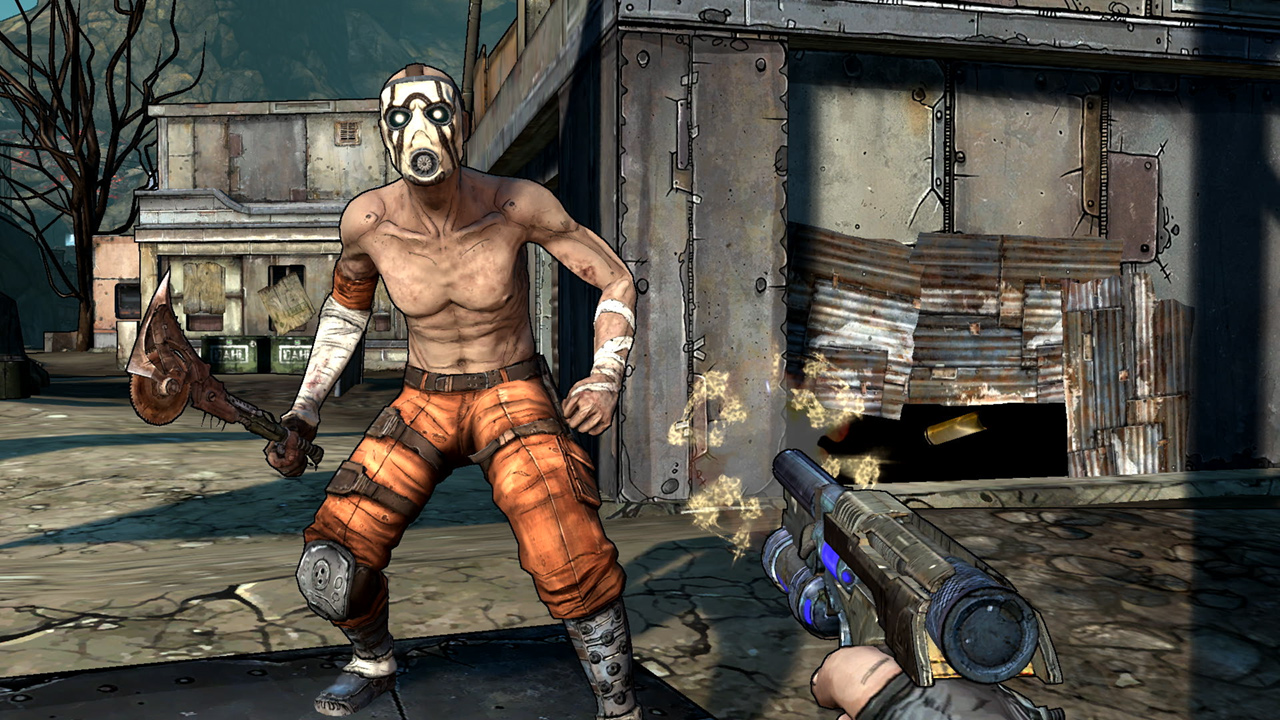 Each game has their own identity and upgrades that make them unique but I think a quick recap is in order:

Borderlands is incredibly vanilla as the writing and shallow rpg mechanics don’t really push past its limits but is a great start off point for fans to get adjusted to the environments. Borderlands 2 ups the ante with an incredibly ambitious story, better writing, better level layouts, and sprawling locations full of interesting secrets and also Donkey Mong. Borderlands Pre-Sequel takes what made Borderlands 2 so great and adds space mechanics like a drop down move at the cost of a new oxygen intake system in which time outside is limited unless you can scrounge up oxygen as fast as you do bullets.

Each game does have stellar dlc albeit the lack of the Commander Lilith and the Fight For Sanctuary dlc that ties into the events of Borderlands 3. You can’t really go wrong with any of the dlc’s as each one stands on their own for the price Gearbox is offering. I’d say playing through Tiny Tina’s Assault on Dragon’s Keep is easily a gamer bucket list item that I cannot recommend enough. 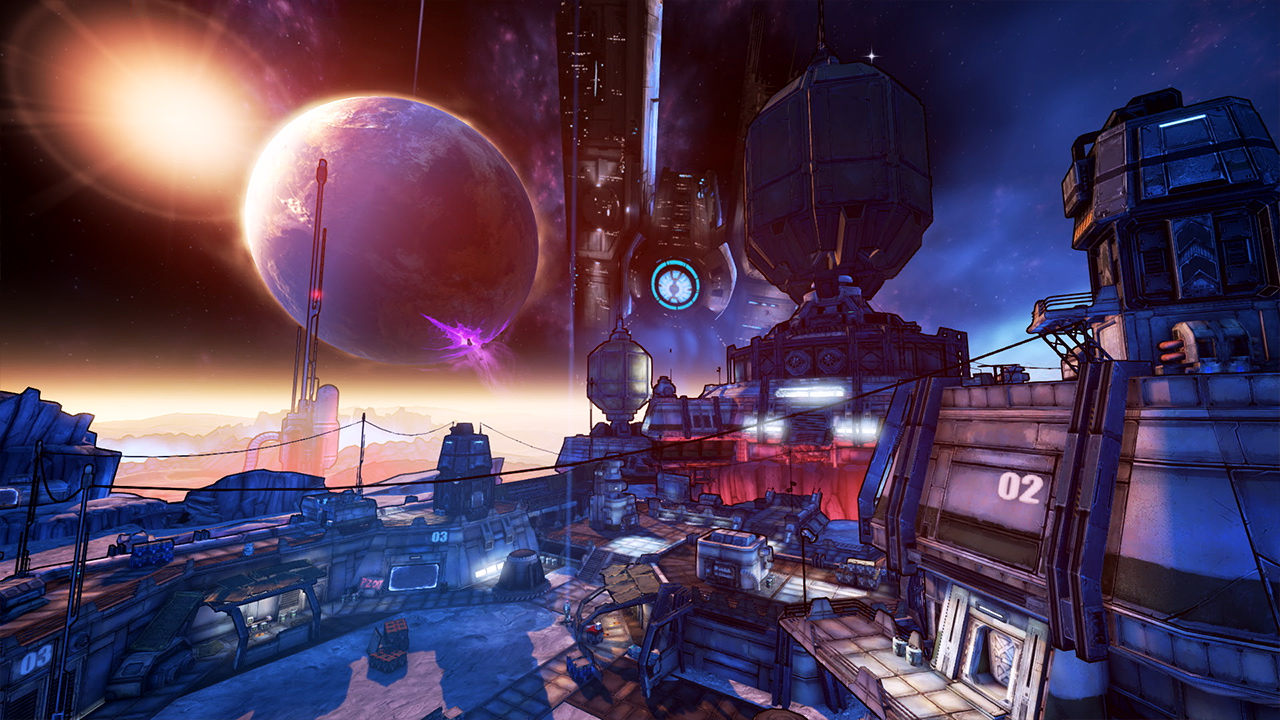 Making the Switch to Nintendo also means some new features including gyro aiming and HD Rumble. The rumble support for this is so much fun you can feel the bullets being unloaded from the controller as if the joy-con itself is the magazine. Most of the time with ports such as these that try and include HD Rumble it often feels flat but inside Borderlands feels like a genuine feature that I think elevates the experience to an 11. Gyro control is also available on both the joy-con and the pro controller although it doesn’t quite feel satisfying on the former.

After a bit of a testing period aiming with the joy-cons feel very immersive especially with the HD Rumble while the pro controller feels hindered with the setting on. Nothing to really sweat but I definitely would go with the good ol’ grips on this adventure and even more so undocked.

Throughout my sessions with the game I have not seen any problems regarding framerate, sound, or graphical bugs. I remember each game having their own fair share of missing audio, delayed dialogue, or too many things happening on screen in previous versions thus causing lag back in the early days of each games release. To see the original titles becoming so stable and optimized makes me think this is the greatest possible way to enjoy each of these titles.

Upon closer inspection the game does look a little less textured with an almost flatter look and some of the stylish outlining definitely looking a little more pixelated but not noticeable enough for most to realize it. 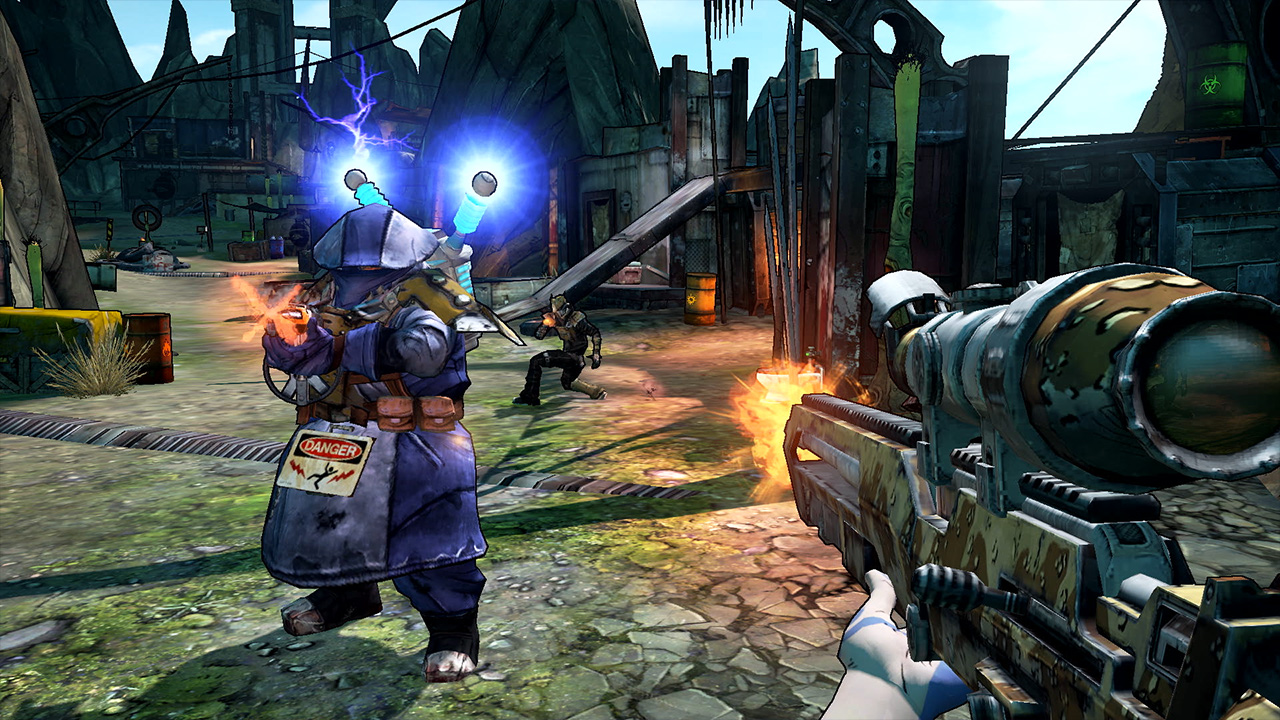 I’m happy to say that Borderlands Legendary Collection has returned through the New-U Station fully intact. The jump to Switch feels so natural with plenty of fun to be had by whoever picks this up. Playing with multiplayer doesn’t slow down the game one bit and only offers pure fun throughout. Along with the addition of motion controls and HD Rumble the game did not require to remove the charm of the games aesthetic to meet the Nintendo Switch’s demand.

The game hardly has any porting flaws other than the required download size on the physical edition or the aforementioned slight graphical downgrade.

New and old fans alike will find something to love when exploring Pandora and beyond either solo or with friends either online or split screen making this possibly the best shooter on the console to date.