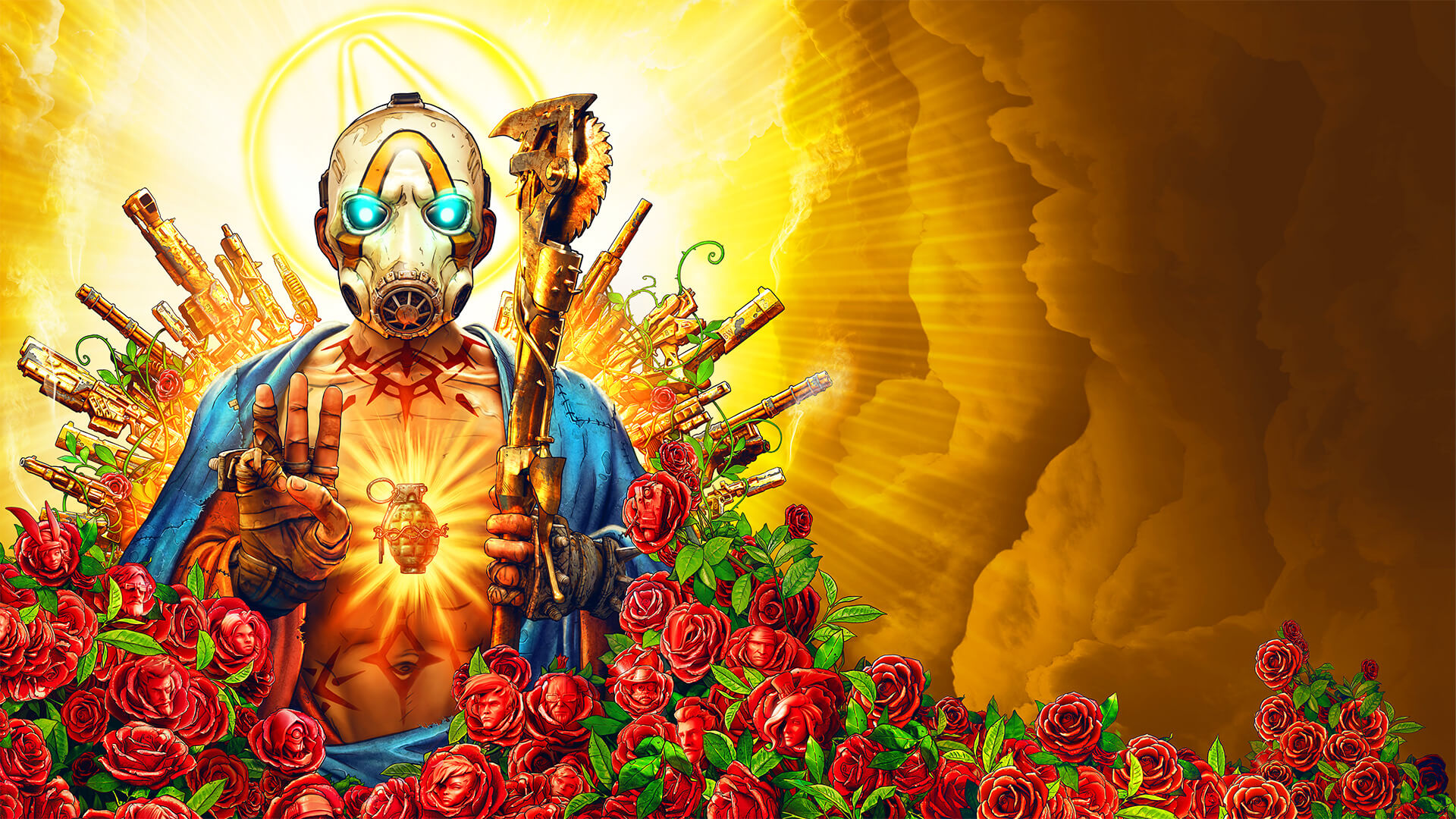 As a fan myself I was starting to get nervous over how quiet Gearbox had been throughout the past 7 years on Borderlands 3 but lo and behold on that faithful day(March 28th, 2019 to be exact)fans rejoiced as CEO of Gearbox Randy Pitchford captivated the world with his world famous magic tricks(and also the reveal of Borderlands 3).

So after that heartwarming underdog backstory of the fans getting what they were dreaming of all along was the wait worth it? Were 7 years enough to make this game the sequel that fans were hoping for?

No. Wait. Yes, it most definitely is.

All joking aside, Borderlands 3 hits the perfect sweetspot of introducing small elements that make the game feel fresh while keeping the gameplay of the past in pristine condition.

The story of Borderlands 3 takes place some time after the events of the end of Borderlands: The Pre-Sequel when it is revealed there are vaults located not only on Pandora but throughout the entire universe.

Since then a pair of nefarious siblings rose to popularity via streaming of their conquest to millions of bad eggs and recruiting anyone willing to join their cause. Troy and Tyrene, or as they are referred to often as ‘The Calypso Twins’, are dead set to open up the great vault with their gang of recruited psychos dubbed the ‘Children of The Vault’.

In Borderlands 3 you play as one of 4 characters each with their own unique abilities and ever growing powers. Throughout the game you are reacquainted with friends of past including some that were introduced in Pre-Sequel and the 2014 title Telltales Tales From The Borderlands.

The story itself is nothing short of on par from the previous title with a solid story and the same cynical humor that has kept the series in the hearts of many for years. Character conversations between fan favorites are as insane as you remember where meeting new characters feels like you’re being introduced to a mutual friend.

Everything from the main story down to side quests are written with care in mind rather than the typical slog of a journey with no real depth to it. Even the most minuscule of side quests felt rewarding with either an actual reward worth my time and effort or with humor that would throw me through a loop.

Although the entire story is written for the most hardcore fans I feel that Borderlands 3 might not be the best entry for new fans as it is top to bottom a fanservice to die-hard fan with no real entry point for those getting their feet wet on Pandora for the first time without losing plenty of precious context. For those looking to jump in you might want to look into playing the first two games beforehand.

The hub in this game is dubbed the Sanctuary 3. The joke being that we know absolutely nothing of the Sanctuary 2 and only time will tell if we do ever hear about the fate of the unknown location.

But that’s besides the point.

Sanctuary is home for all Crimson Raiders including those you recruit along the way. It is a location for fans to see some of their favorite characters get reacquainted with it’s also an entire space station that travels throughout the galaxy. The further you progress through the game the larger Sanctuary gets with more and more residents joining the crew.

Moxxi, Ed, and Marcus have shops located within Sanctuary with new ways to spend your hard earned cash or Eridium.

Eds roll in Borderlands 3 is completely different than from previous titles. Ed no longer sells you capacity upgrades that job now belongs to Marcus for the cost of actual cash. What Ed does offer is new and fresh ways to customize your Vault Hunter.

In Borderlands 3 you are able to go to Ed to purchase anything from heads, color schemes, ECHO themes, and even furniture for your room inside Sanctuary. At first finding Eridium is tough as the game wants you to progress through the story quite a bit before making it easier to acquire more but after a while you will be farming that beautiful purple rock in no time!

A lot of these customization feel worth it as they teeter on the brink of utter insanity and actual style. The skins that Ed sells are essentially the same throughout all Vault Hunters so I would probably purchase more to fit in with my team as we wander around the universe in style.

The bedroom customizations are completely new with Ed offering an array of items to decorate your room to meet your overly ambitious life style.

This new way of acquiring items is a breath of fresh air compared to cheesing previous bosses or gambling for hours at Moxxi’s. That’s not to say that Ed’s is the only way to acquire customizations now since you can still cheese and gamble your way to style just like old times!

The progression in this game is the most drastic change and it is such a godsend for fans of previous titles hoping for more out of their playthroughs. Each character has 3 skill trees with significantly different abilities which means a larger variation in strategies.

The skill tree customization is stretched to its limit with action skills, detailed branches and more tools to become the badass Vault Hunter you were always meant to be.

The gunplay in this game does not falter one bit and remains fun throughout with some pretty intense shootouts..

Besides the “One Billion guns” present in Borderlands 3 there are a multitude of guns that can swap elemental damage and/or types of rounds. One pistol can fire corrosive rounds and with a press of a button will become a pistol capable of fire explosive rounds.

This addition adds another depth of strategy to a chaotic battlefield as you survey the landscape and outsmart your enemies. It’s just a shame that some of the boss fights do not take advantage of these new additions and more or less feel like bullet sponges with no real strategy to taking them down

Another thing I noticed when playing was the unbelievably thin line you must walk to be a step ahead of enemies throughout the game. For example: in Borderlands 2 if you are, say, 3 levels behind you are a potential liability with shots from enemies taking a toll on your life but in Borderlands 3 if you are at least 1 level behind you will get cheesed if a psycho calls for backup.

Sure one can say “get good” but this change is definitely something worth noting during the story as it essentially forces you to go through side quests rather than relying on the story to boost your level up making it feel a little less free than Gearbox would like you to think.

Borderlands 3 is what Borderlands fans have been dreaming of for years. The combat is as absolutely insane with friends as it is playing solo. Running and gunning will not cut it any more but luckily each Vault Hunters skill tree is made to offer the most out of any strategy to get you out of most pickles.

As much of a slog some bosses and rooms are at times the combat stays fluid and every second counts as you constantly switch between weapons, weapon types, and skills to progress through a story.

Including more customizations, skill variants, dialogue, Claptrap nonsense, enemy variety, and a promise of frequent updates and events Borderlands 3 offers one the largest looter shooter experiences to date without losing anything that made the franchise what it is today.

Being a badass Vault Hunter has never been this much fun.