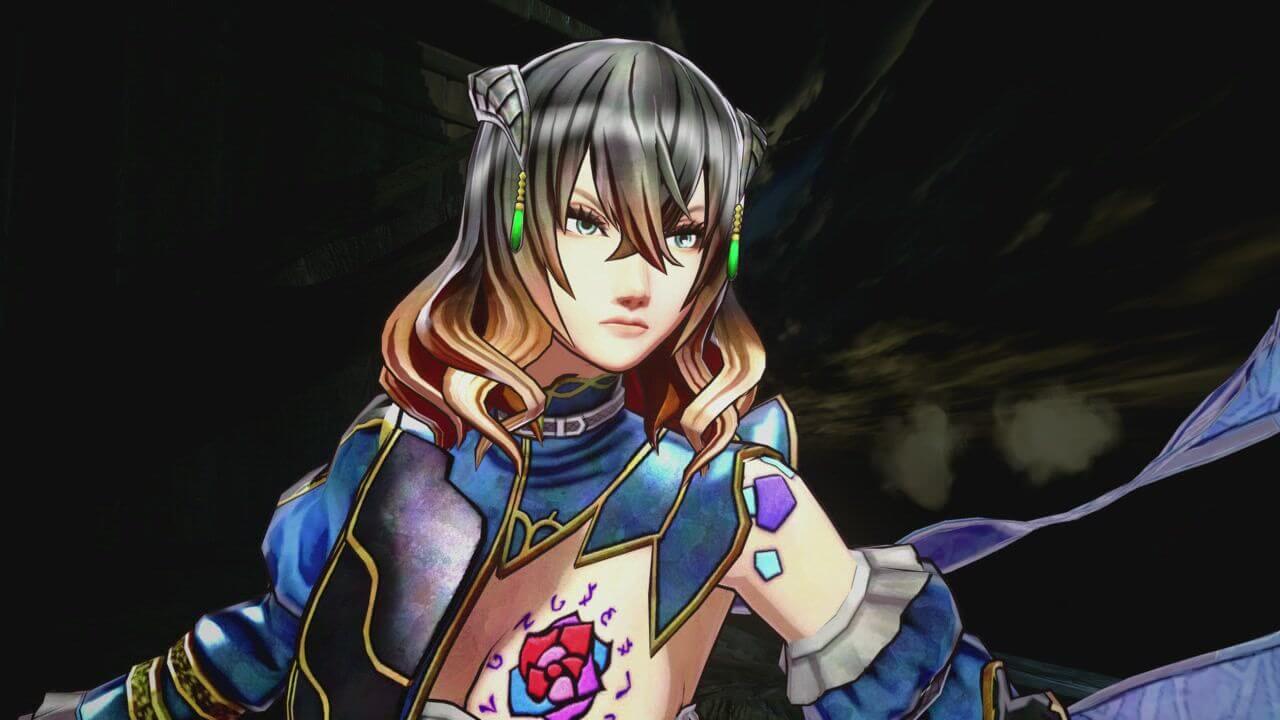 Bloodstained: Ritual Of The Night Review

Crowdfunded games have become more and more frequent with developers going out of their way to fulfill their artistic vision or help reinvigorate nostalgic feelings with promises and stretchgoals for their ambition . Though crowdfunding is immensely popular these days it is a double edged sword with several campaigns being funded only for it to fail. When Bloodstained first hit the Kickstarter scene back in 2015 it was met with almost instant support with the legendary Koji Igarashi manning the helm.

Koji Igarashi has been working on Castlevania titles for over 2 decades being a part of some of the best ‘Vania’ titles(eventually known as “Igavania” titles). So it didn’t come as a shock that when Iga himself started this new venture longtime fans were immediately on board raising over $5 million in just one month. As for the stretch goals, Iga has kept his word in all aspects so far as he released a fantastic 2d title Bloodstained: Curse of The Moon, continued to update fans on the project, and has announced that 13 free dlc updates will be coming out down the line.

So what did we think of the game?

(TLDR) The game revolves around Miriam a girl with an incredible power to harness crystals to obtain special abilities given throughout the game. She goes into a castle constructed by Gebel, a former ally who began leading demons during Miriams unnatural slumber and brings forth the end of the human race. The story itself is insanely convoluted in the best way possible as I was obsessed with figuring out all the lore and why some characters are the way they are.

The gameplay for the game is your typical metroidvania in which you run around an extremely large map finding insane enemies and even crazier loot while trying to completely piece together the world map. You can go through the castle and try your best to collect as much items and cash as possible to bring back to the village to purchase and craft items. 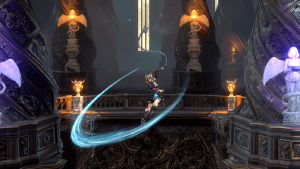 The game moves forward as you unlock new mysterious rooms and encounter some pretty epic boss battles. Compared to some of the better Castlevania titles, these bosses hold up there with the best of them. Some of the bosses in this game are fairly simple in attacks and but are incredibly tough to defeat if you don’t telegraph their attacks.

Most importantly every single one of these bosses are downright fun albeit a few frustrating technical hurdles.

There are two shops in the village, one run by Dominique Baldwin and the other is run by Jahannes. Johannes is the last alchemist left in the world after Gebel slaughtered all alchemists on Earth. He offers you crafting options for everything from armor to consumable items. For a game so packed its crazy how many crafting items there really are in the game. Baldwin is the typical shop where you can spend your currency on essentially the same items you can craft. 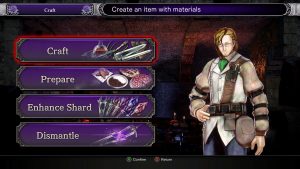 There are some items in Baldwins shop that can’t normally be found in the castle and that’s where collecting cash comes into play.

The amount of content in this game is just right for an Igavania styled game with plenty of combinations to play with to fine tune your character against whataver demons may come your way. I say “character” as you are able to unlock items to customize Miriam outside of just armor and weapons. Throughout the game you will find more hairstyles that can be changed at the barber including  your eye, outfit, and skin color. 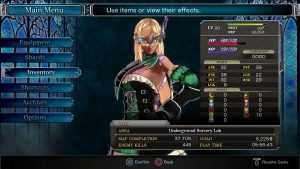 The game is roughly around 10-15 hours of absolute joy and despair if you plan to just beat the game and a few extras while completionists will spend over 30 hours finding everything that Bloodstained has to offer. I find that if a game can compel you to attempt a complete run of the game solely by the quality then it is of the excellent quality and should be reviewed as so.

One thing that is worth some criticism is character models and precisely where some of their hitboxes begin and end. I found myself often running into a boss where their hitbox is incredibly wonky while their attack range is incredibly wide making for some incredibly frustrating run wipes. On the art style side the backgrounds are the true stars of the game. Each location is beautifully created like a painting, each location telling a different story and offering a different look at the castle.

The soundtrack for Bloodstained: Ritual of the Night is such a beautiful throwback to some of the best OSTs Iga’s has had his hand in. Michiru Yamane, who contributed in several works with Iga over the years, composed the soundtrack and its absolutely amazing. The gothic styled music mixes perfectly with each area, character, and boss fight with no moment of misplacement. 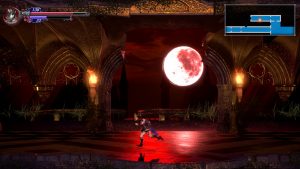 Bloodstained: Ritual of the Night was exactly what I wanted from this Kickstarter and more. The gameplay is extremely fun to play, the exploration was fantastic, and the customization was a nice touch. Minus a few technical hiccups Bloodstained is the amalgamation of decades of experience and creativity making one of the most fun and addicting games I’ve played this year.