Rumors have been floating around continuously over the past week, about Metroid Prime 4 being developed for the Nintendo Switch by Bandai Namco.

This rumor started due to a random finding of a Job listing posted by Bandai Namco Entertainment on Linkedin.com. Bandai Namco Studios Singapore, listed a project “An

While details are vague, this listing was posted almost 2-years ago, and during that time, Metroid Prime 4 was still unannounced. Since Nintendo does not really have a FPS IP other than Metroid, many speculated that this must mean Metroid Prime 4 is indeed being developed by Bandai Namco.

Today Eurogamer.com seems to have confirmed, that Metroid Prime 4 is being developed by Bandai Namco. They had this to say on the topic…

“Specifically, the highly-anticipated Nintendo Switch exclusive is being developed by Bandai Namco Studios Singapore, which we understand is lead studio on the game in collaboration with Nintendo.”

“This studio houses some former LucasArts Singapore staff who previously worked on, among other things, the ambitious cancelled Star Wars 1313.”

This is not out of question. Bandai Namco has helped Nintendo with many games before, and it just seems like a natural fit! Probably the most impressive/ ambitious item of note here is, some members came from a team that worked on Star Wars games! This means that the team working on the game, knows a thing or two about space combat. 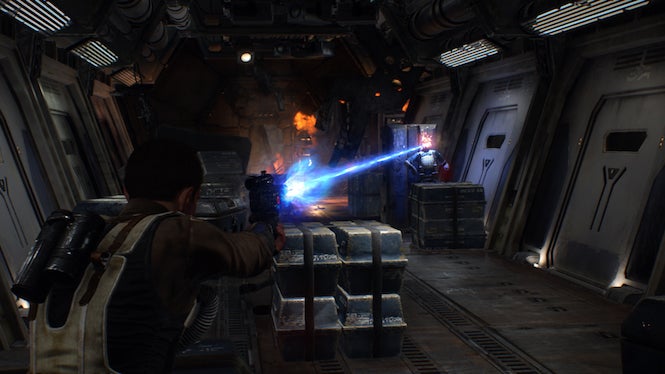 The Plot thickens, as many fans took to the internet and found other postings of Bandai Namco employees claiming to be taking part in this “Unannounced” and “Secret” game according to Eurogamer.

While nothing is confirmed at this point. It does seem quite likely that Bandai Namco is developing (or at least helping with said development) of Metroid Prime 4.