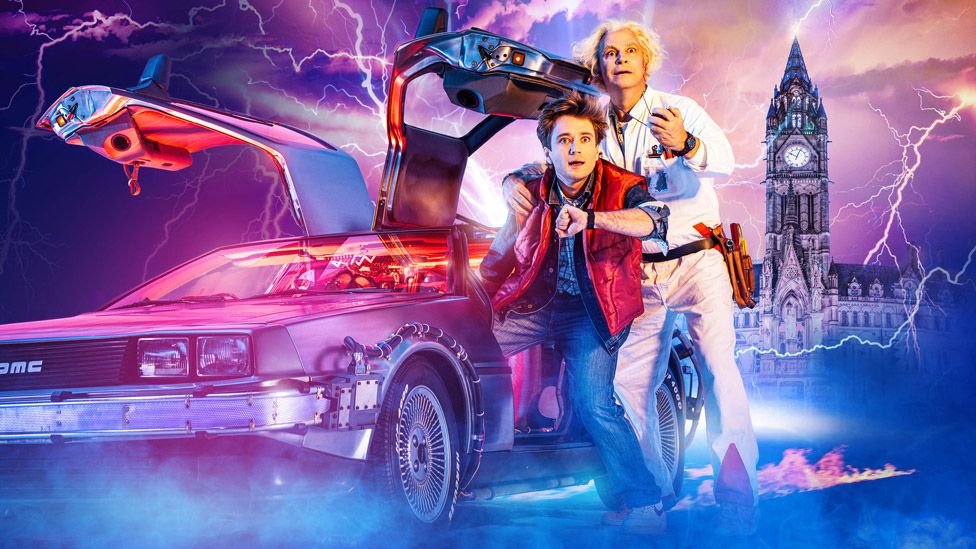 BACK TO THE FUTURE: THE ULTIMATE TRILOGY Coming To 4K Ultra HD, Blu-ray and DVD 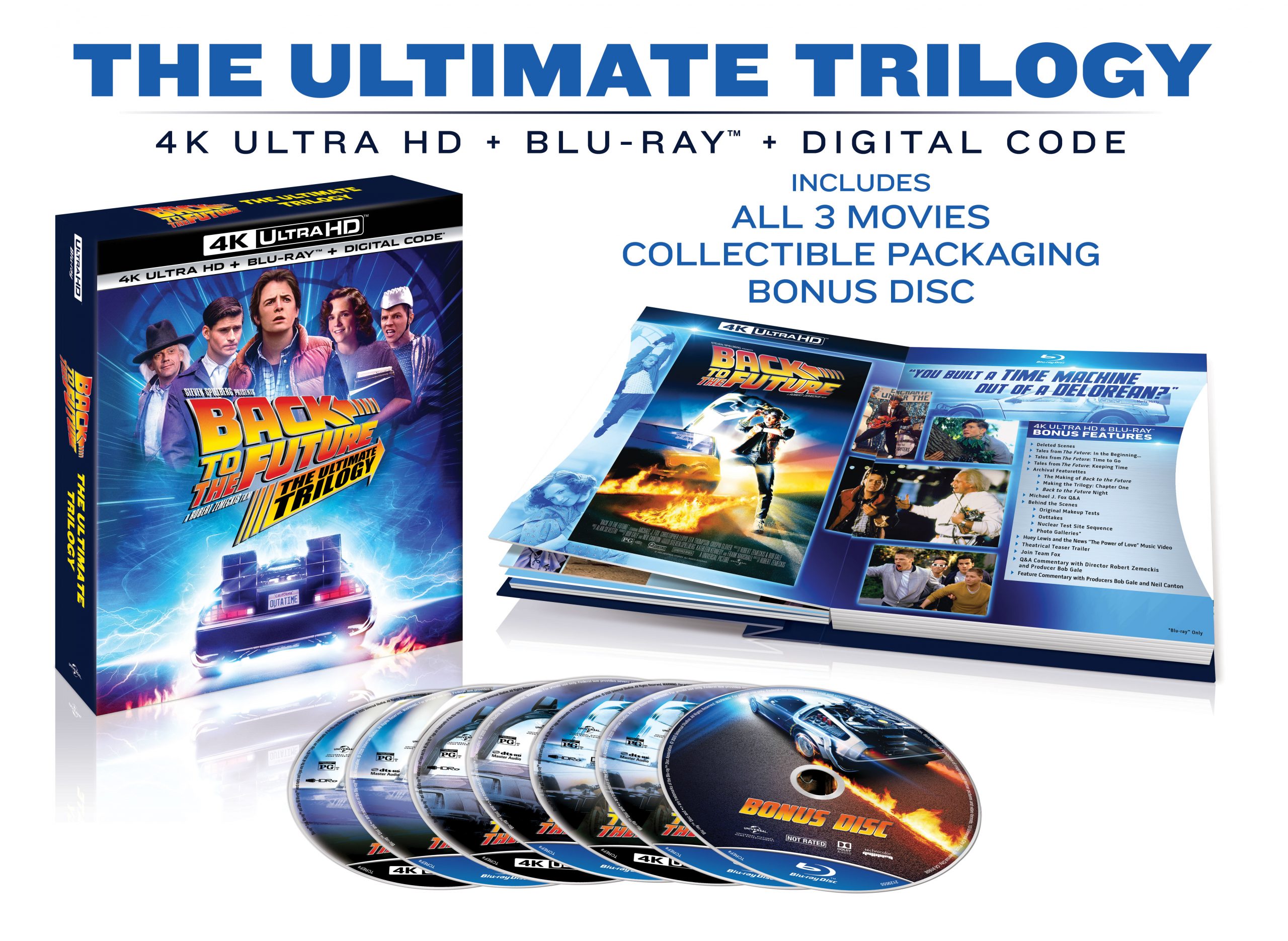 Universal City, California, July 27, 2020 – Great Scott! In 1985, Director Robert Zemeckis, Executive Producer Steven Spielberg and Producer/Screenwriter Bob Gale embarked on a three-part journey through time that broke box-office records worldwide and catapulted BACK TO THE FUTURE into one of the most beloved trilogies in motion picture history. Universal Pictures Home Entertainment celebrates the 35th Anniversary of the groundbreaking first film with BACK TO THE FUTURE: THE ULTIMATE TRILOGY available on 4K Ultra HD for the first time ever on October 20, 2020 – just in time to celebrate “Back to the Future Day” on October 21! This collection is loaded with bonus material including a bonus disc that comes with over an hour of brand-new content such as rare audition footage from Hollywood stars Ben Stiller, Kyra Sedgwick, Jon Cryer, Billy Zane, Peter DeLuise and C. Thomas Howell, a tour of the film’s props and memorabilia hosted by co-writer/producer Bob Gale, a sneak peek at the new musical show, and a special episode of the popular YouTube Series “Could You Survive The Movies?” Join Marty McFly (Michael J. Fox), Doc Brown (Christopher Lloyd) and a time traveling DeLorean for the adventure of a lifetime as they travel to the past, present and future, setting off a time-shattering chain reaction that disrupts the space-time continuum!

BACK TO THE FUTURE: THE ULTIMATE TRILOGY will include all three movies in collectible discbook packaging plus a bonus disc including all-new bonus content. For the first time, the past, present and future collide in eye-popping Ultra HD resolution for a time-traveling celebration. New 4K Ultra HD and Blu-ray™ deliver the highest quality picture, more colors than ever before, and immersive, multi-dimensional sound. From filmmakers Steven Spielberg, Robert Zemeckis and Bob Gale, this unforgettable 35th anniversary collection features hours of bonus features and is an unrivaled trilogy that stands the test of time making this a must-own for everyone’s movie library. All three BACK TO THE FUTURE films will also be available on 4K Ultra HD digitally for the first time ever and BACK TO THE FUTURE: THE COMPLETE TRILOGY will also be available on DVD.

Three premium collections will be available at select retailers for a limited time only: