Nostalgia can be a very powerful thing, so at Anime Expo 2019 I was pretty excited to get into the screening for Pokémon: Mewtwo Strikes Back Evolution, a movie I watched back with a few of my friends when it released in 1999. I was 16 at the time and to be honest that was the only time I’ve actually watched the movie, I enjoyed it and even teared up a bit at that one particular scene….you know which one so after all this time I expected this new CGI version of the movie to do the same thing. As I walked out after the screening I realized, I wasn’t all that impressed.

As Pokémon: Mewtwo Strikes Back Evolution is set for a release in Japan on July 12, this was a special screening featuring Japanese audio with English subtitles.

I’m not sure if the theatrical release will include Pikachu’s Vacation, it wasn’t shown at the Anime Expo screening and to be honest I am fine with that. Instead, it jump straights into the origins of Mewtwo which is shown from his point of view which centers around him being created as a clone of the legendary Pokémon Mew by Dr. Fuji. Soon after, the movie switches gears to Satoshi (Ash), Kasumi (Misty) and Takeshi (Brock) in middle of their adventures during the first season of the anime. Here the trio receive an invitation to meet the greatest trainer of all time, which is a ploy made by Mewtwo to gather strong trainers.

The biggest problem of Pokémon: Mewtwo Strikes Back Evolution is that the movie lacks the heart of the original, I might be 36 now and not as big of a fan as I was then but I wasn’t impressed with the movie at all and that had to do with the look of the movie. For what the movie was back 20 years ago, it looked fantastic, its 3D CGI remake…not so much. It felt very bland, the characters didn’t really stand out much which made it really hard to get into it at times.

Remember how I mentioned that I teared up at one scene in the original, sure I was a teenager but the scene of all the Pokémon crying had a strong effect, especially Pikachu. Sadly, it didn’t have the same effect, that was mainly due to the designs which didn’t have the same impact and detail as it did in the animated feature. It felt like it was missing all of the heart that was in the original, that’s not to say it looked terrible, it looked fine but lacked any real substance that made it stand out. 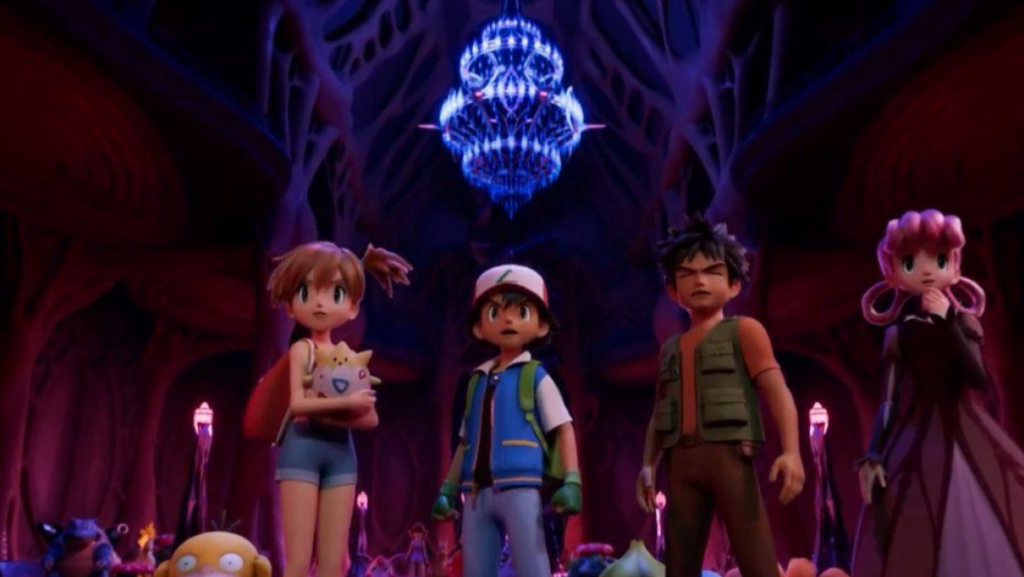 It feels like more effort went into the designs of the Pokémon and backgrounds than the actual characters.

The story itself is still fine after 20 years, Mewtwo was an interesting character that of course everyone was after in the original games so making him the focal point of the movie was smart. You feel for the character who was only being used for his power, of course I would have liked for a bit of a change in the ending but that’s just me, I didn’t really expect them to change anything and they didn’t.

To be honest, Pokémon: Mewtwo Strikes Back Evolution feels like more a television special than a theatrical release. If you haven’t watch the original cartoon you may want to do so after watching the 3D CGI just to see just how different they look and have a different vibe. It’s a nice way to watch the original movie with a modern setting, it just needs a bit more life to the characters.