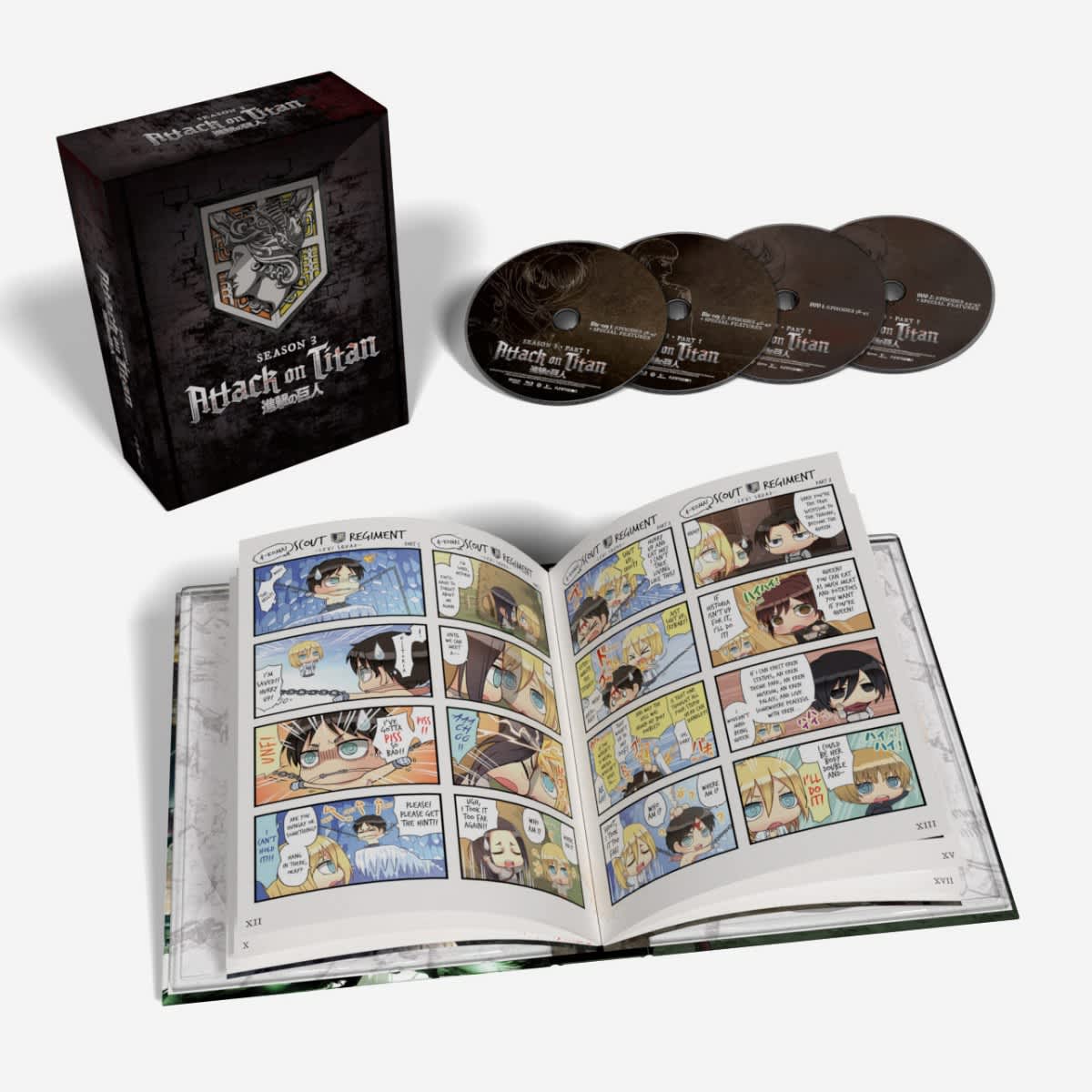 The truth about the Titans comes to light. Political secrets, a false king, and a reality that will shake the world now falls on the shoulders of Eren and his friends, as they fight to survive. With Historia set to be Queen, the Levi Squad must act. But a figure from Levi’s past, the deadly Kenny, could turn this into a losing battle. Are Eren and his friends prepared to face the true monsters?

One of the most significant animes to bring in a new wave of fans to the genre Attack on Titan has left such a cultural impact with its gripping story and extremely graphic nature.

For those who are unaware of the plot the story follows the remains of humanity who inhabit towns closed off from the rest of the world in fear of Titans. Titans are large mysterious beasts who show up and wreak havoc everywhere they go by destroying everything and everyone in its path. Young Eren, Mikasa, and Armin enlist in a task force made to take down these titans hence the name of the show.

A lot has happened in the past 2 seasons in a very sufficient pace including the introduction of several variants of titans, several characters deaths, and plenty of friendships being tested. One thing that I appreciate about season 3 is that it does not follow any of what I previously mentioned but decides to steer into a new direction: political drama.

That’s right. Titans aren’t the scariest thing in this world!

The shows abrupt departure from situational development in an urgent tone is now a side piece to an amazing season 3 by the amazing world building and character development that takes place within several characters who frankly deserved more time to shine.

Characters like Historia and Levi from previous seasons are some of the stars that benefited from a massive spotlight on them throughout this incredibly well thought out adventure. This time around the scouts find themselves in the middle of a government conspiracy to hide the truth about titans and it’s up to our main group of characters to get to the bottom of it.

The season has some incredible moments including a badass chase scene featuring Levi and his mentor Kenny to one of the final suspenseful fights in the show where a new colossal titan appears threatening the safety of humanity. I for one appreciate the tone this season has set up featuring the dialogue between the confused regiments blindly following the orders of the corrupt government and the characters chosen to put a stop to it.

The season wraps up nicely as a teaser of what’s yet to come and it is all that you would hope for as a cliffhanger. Season 3 part 2 blu-ray cannot be here sooner!

The special edition comes in a box with room for the inevitable release of part 2, a 24 page art book featuring some chibi comics from the Japanese release, and a cute little keychain of this seasons best boy Levi.

Thanks to Funimation for sending us a box set for review and you can purchase the season 3 part 1 box set on Funimations official shop.