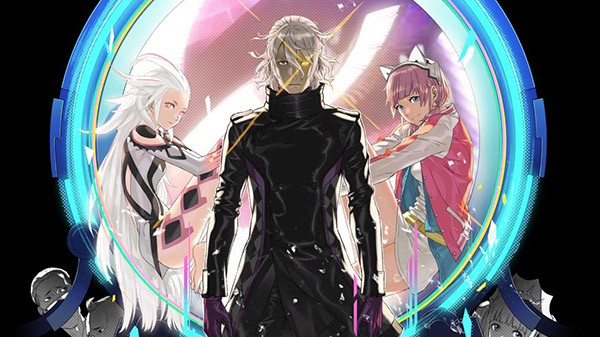 At Anime Expo 2019, I had the chance to interview Kotaro Uchikoshi and Yusuke Kozaki thanks to Spike Chunsoft for the upcoming title, AI: The Somnium Files. 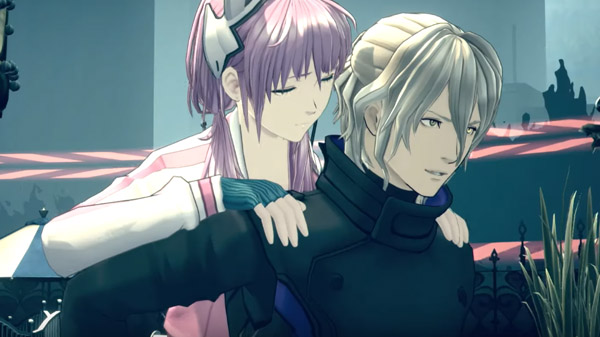 Nuke the Fridge: Can I get you to start by introducing yourselves?

Kotar0 Uchikoshi: I am Kotaro Uchikoshi, I am the director and the scenario writer for AI: The Somnium Files, that is releasing very soon.

Yusuke Kozaki: My name is Yusuke Kozaki, I am the lead character designer for AI: The Somnium Files.

Kotaro Uchikoshi: So, her mother’s name is Hitomi, and she was born from her, in a hospital in Kodaira. *laughs*

Yusuke Kozaki: So, the theme of the game is, it’s like a murder thriller, so like generally you think of those kinds of characters kind of like a hard-boiled dark design. But I wanted to do something different with Iris (A-Set). So, the actual, kind of like the mood of the character is more realistic. It’s on the realistic side, so I wanted to offset that with some pop elements. Like, she has very bright colors, and she has the cat ear head band that she wears. So, I thought those were things that could make her character appear more iconic, and easily approachable.

Kotaro Uchikoshi: So, from very early on, we had the main concept of the game was the EYE. So, we wanted to focus very much on the EYE, so one of the things we did was one of the murders that happens in the game is the victim’s eyes are gouged out. So very EYE focused.

NTF: Can you walk us through how you came up with the idea of doing the investigation and the Somnium aspects of the game?

NTF: Speaking of Zero Escape, with those originally being developed for the Nintendo DS, 3DS, and then the Vita hardware, what was biggest thing you felt that you can do that you couldn’t before as you switch to developing for the PS4 and Switch?

Kotaro Uchikoshi: Like you mention, we’ve always released games on the handheld, so this is the first time in a while that I’ve worked on a game for the console. So it’s a very simple, obvious plus, but it’s been nice to have the illustrations as pretty as they are on the PS4. And at the same time, we are releasing it on Switch as well, so people who enjoy playing on the handheld can still enjoy it while reaping the benefits of better graphics as well. 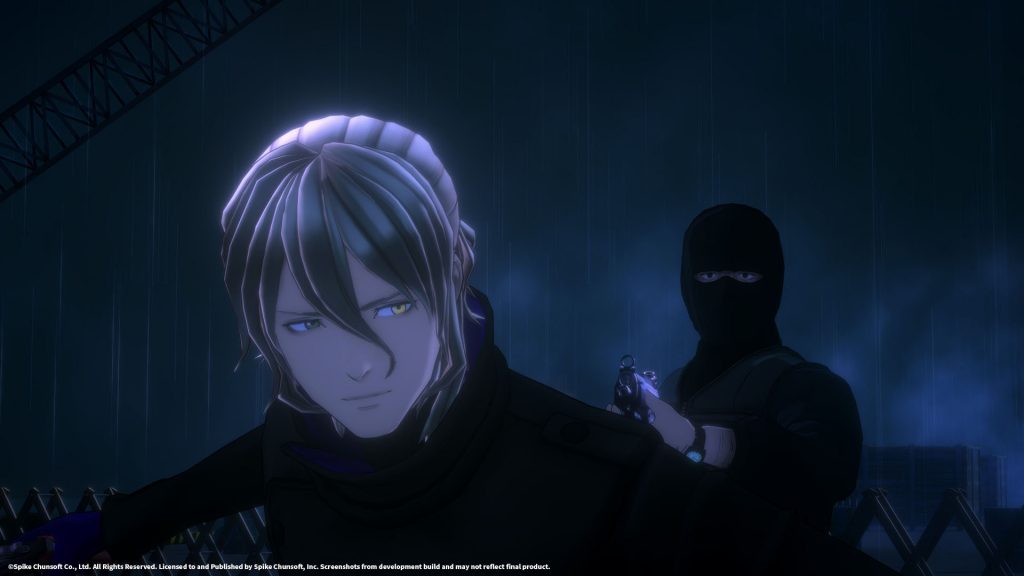 NTF: Was there anything that you really wanted to bring that you couldn’t in the Zero Escape games?

Kotaro Uchikoshi: It’s still pretty much the same thing, the illustrations come out much prettier on the PS4 and Switch, versus the DS, 3DS, and Vita.

NTF: And then for Kozaki-san, I am a huge fan of your characters design from all the series’ you worked on, was there anything different that you wanted to bring in to AI: Somnium?

Yusuke Kozaki: I wouldn’t say that I tried anything particular to kind of differentiate my character designs from this title to other ones. But personally, I have been working on a lot of science fiction and fantasy recently, so it’s kind of nice to go back into something set into the modern day.

NTF: So, this is a murder mystery style game, how did you feel when Kozaki-san was going to be working on it?

Kotaro Uchikoshi:: So, reading the original treatment, it was quite a downer in its original form. So, I kind of wanted the characters to be more a bit brighter and somewhat uplifting to offset the story.

NTF: I know this is a little off the side, but because I’m a huge fan of No More Heroes, how was it for you to come back after a decade to be told that they’re working on a new game and you get to work on the character designs.

Yusuke Kozaki: So, Travis Touchdown is actually the first character that I designed in the game industry.  So, I was like “Oh really? I didn’t know.” So, it’s really great to be able to go back to the character that started my career, especially since it’s been a large gap between titles.

NTF: So for fans who may not be familiar with AI: The Somnium Files, is there anything you’d like to say?

Kotaro Uchikoshi: So, as I mentioned earlier, it’s an adventure game, a visual novel, that is made for the adventure game and visual novel fan. So, they will 100% enjoy this. I want this to be an introduction for people who have never played the genre, and I hope it shows them this style of genre of games is enjoyable and fun.

I want to give both Kotaro Uchikoshi and Yusuke Kozaki a huge thank you for taking their time to talk with us as well as Spike Chunsoft for setting up the interview.

AI: The Somnium Files which will be released on the PlayStation 4, Nintendo Switch and PC on September 17, 2019.