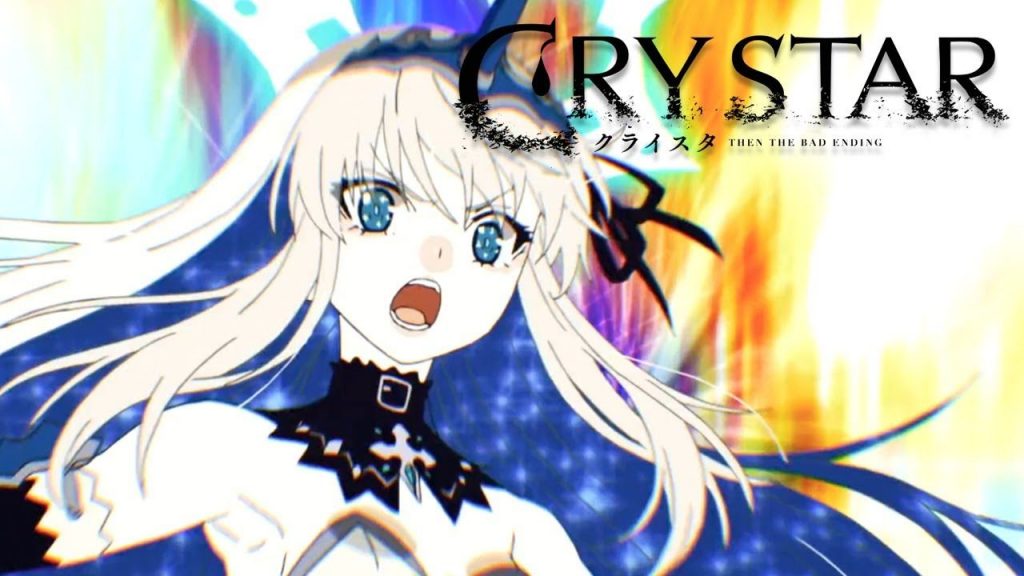 Next month, Spike Chunsoft will be releasing CRYSTAR as players take on the role of a beautiful girl named Rei Hatada, who in order to revive her dead younger sister Mirai Hatada, makes a deal with the devil of the other world that is Purgatory. Last week at Anime Expo, we had a chance to sit down with Fuyuki Hayashi (Director/Producer) and RIUICHI (Character Designer) about the upcoming title. 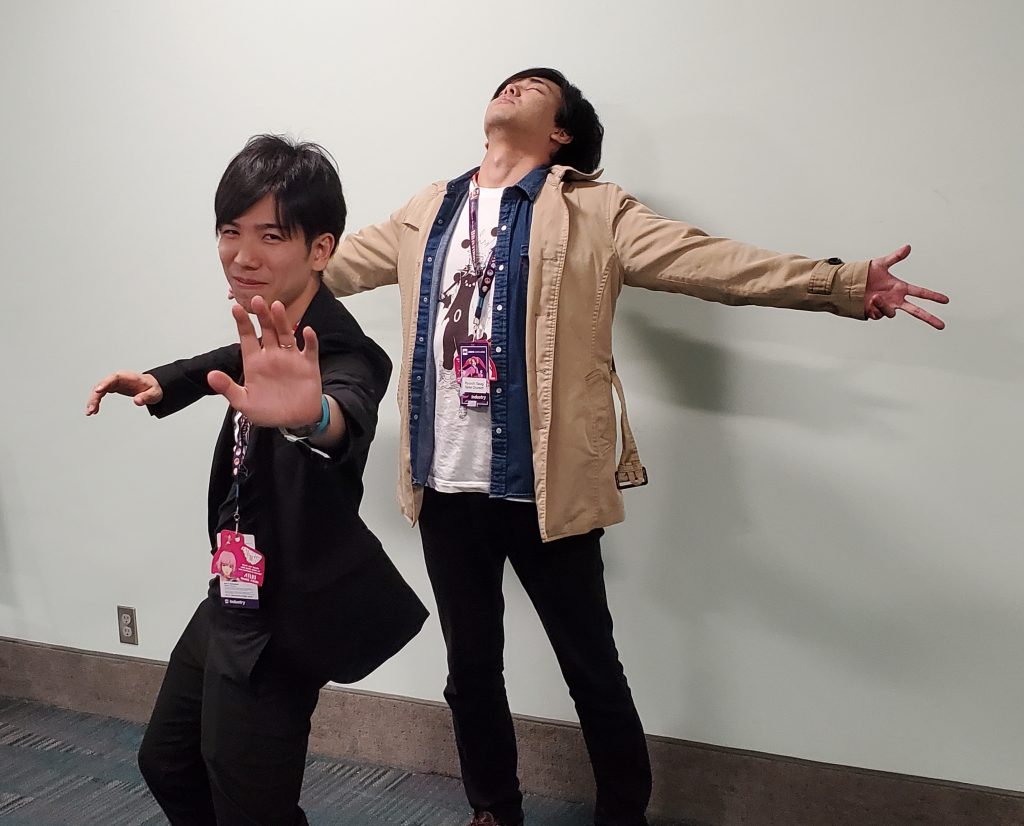 Nuke the Fridge: Can I get you both to introducing yourselves to our readers?

Fuyuki Hayashi: I am Fuyuki Hayashi, director and producer of CRYSTAR. This is the first time working as a producer for a game. I like Drag-On Dragoon (Drakengard), Shin Megami Tensei and Gusts’ Atelier series, those are the titles I like.

RIUICHI: I am the character designer of CRYSTAR, my name is RIUICHI.

NTF: Let’s talk about the unique mechanics of CRYSTAR, such as crying, tell us a little bit about it for those who may not be familiar with it.

Fuyuki Hayashi: So,the main thing about this game is to shed tears in order to become stronger. One way we express that theme is through this mechanic where you are able to cry in order to summon your guardian, another supernatural being that fights alongside with you.It would be a similar concept to a Stand (Jojo’s Bizarre Adventure) or a Persona.. There is one more way that we express this theme of crying, this one I’m particularly fond of. So, there are enemies in the game, all the enemies you fight were once human. When you defeat them, you take on their “death cries”, we call them Torments. It basically creates a toll on the main character’s mental state, and we express that by showing text on the screen that these Torments stick with you as you play. And while you play, this text will stay on the screen, and you can purify these Torments by having the character go back into her room to cry, and that’s the Catharsis state, she heals and they basically purify these Torments. By crying, you are able to purify them into weapons and armor. The rarity of weapons and armor that you get affects the animation when she cries. And I mentioned the Catharsis earlier, that’s one of the main themes as well, by taking something negative and turning it positive through Catharsis is something that I wanted to portray. That’s it for the game mechanics.

NTF: So you actually worked with Naoki Hisaya to work on the scenario of the game, , what was important for you to have him bring into the story of the game?

Fuyuki Hayashi: There were two reasons why I wanted to bring him on the project. One, I loved the Kanon, and he worked on that. There’s a character called Shiori, who loves ice cream. It’s my favorite character. She kind of dramatically changed the course of my life in video games. And because his titles were able to change my life like that, and I knew him originally before, that’s one of the main reasons I wanted to work with him. I’ve contacted him as a fan, so we were familiar with each other. And I wanted to make this game about tears, but I didn’t want it to be a dark and brooding kind of game, I wanted to portray the Catharsis energy, of course, and since his stories that he writes kind of portrays that concept, I wanted to have him work on the title.

NTF: For RIUICHI, I looked at a lot of your videos of your drawings, they are so spectacular. What was so important for you to bring to this art style to CRYSTAR?

RIUICHI: Even if the overall tone is dark, I made sure to offset my illustrations with light parts. In CRYSTAR’S character designs, you can see how shiny the eyes are, even though the rest of the eye itself is darker. From there, I would shade in the dark areas or go over areas to give the darkness even more contrast. I practiced doing that and kept those techniques in mind while drawing

NTF: What are some of your inspirations to your drawings? Your drawing style I should say?

RIUICHI: (After a lot of thought) I think Final Fantasy was a big influence.

NTF: For those who are not familiar with CRYSTAR, what can they expect from the game?

RIUICHI: When you finish CRYSTAR, you get the feeling of “Oh, this game was a really good game.” So I would love the players to play until the end.

Fuyuki Hayashi: I believe that anyone who plays this game will be moved emotionally.. There’s a lot of aspects of the game that will make you question like why is this happening, or why is a certain thing like a certain way, and as you play the game, these kind of mysteries will sort of unravel as well. There’s a lot of twists and turns and unexpected events that happen in the game, but if you play through all the way to the end, everything will be explained.  And above all, you can see cute girls crying. (laughs)

We want to give a big thank you to Fuyuki Hayashi and RIUICHI for speaking with us at Anime Expo as well as Spike Chunsoft. CRYSTAR releases on the PlayStation 4 and PC on August 27th!

Make sure to also check out our interview with Kotaro Uchikoshi and Yusuke Kozaki about AI: THE SOMNIUM FILES.