Attendees of anime expo 2019 were treated to a special preview at what seems to be a new hit. Set in the far future Dr. Stone takes anime back to the stone age.

“Several thousand years after a mysterious phenomenon that turns all of humanity to stone, the extraordinarily intelligent, science-driven boy, Senku Ishigami, awakens. Facing a world of stone and the total collapse of civilization, Senku makes up his mind to use science to rebuild the world. Starting with his super strong childhood friend Taiju Oki, who awakened at the same time, they will begin to rebuild civilization from nothing… Depicting two million years of scientific history from the Stone Age to present day, the unprecedented crafting adventure story is about to begin!” 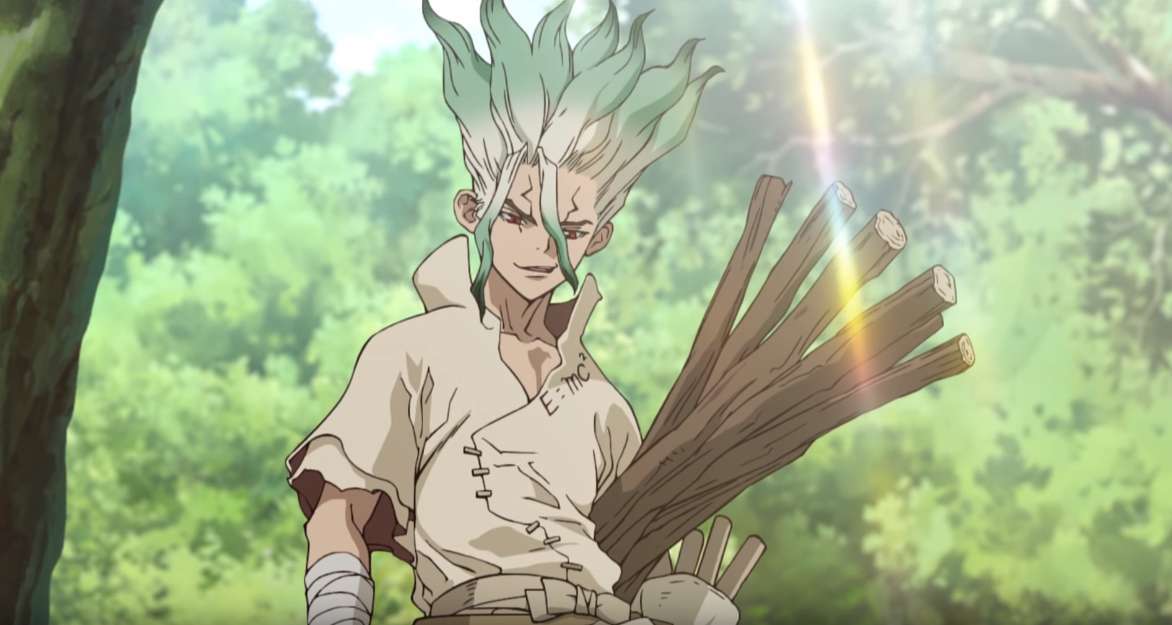 This show has a lot of potential. This debut episode shows a lot of where the show can go. Without government limits, or a society structure at all, it’s clear from the very beginning that this show won’t be following the rules, for better or worse.

Let’s get my main criticism out of the way first, A lack of story. Right now it seems as though the characters won’t really encounter any struggles. And while, of course, having the world sent back to the stone age is a struggle… where is the drama, action, or perhaps even romance that most people look for inside a show?

This is all of course coming from a purely anime standpoint and not having any previous experience with this shows source material, this episode does not really set up anything.

However, what it does do is give viewers a great introduction to these characters. Senku and Taiju are a great dynamic. They are a classic characterization of brains and brawn a la Prometheus and Bob. But what I find most caring about these characters, is the idea that they aren’t just empty shells of their characterization. Senku while smart is perfectly able to do most physical labor, even if he doesn’t excel at it. While Taiju is an oaf as Senku states, he does have a strong sense of direction and will… he’s not totally brainless.

Despite having a glimpse at future struggles, this episode did a wonderful job at keeping it small and focusing on these characters rather than trying to front load the show with exposition. not to mention the clear goal for these two going forward… building the new world.

I look forward to see what other characters will be introduced as these two set out to rebuild the world!